The Bottom Pressure and Tilt Meter (BOTPT) is a custom instrument developed by Bill Chadwick of NOAA PMEL. The BOTPT (aka Bottom Pressure Recorder or BPR) is designed to measure the inflation and deflation of the seafloor at the summit of Axial Volcano using a precision pressure sensor that enables detection of the seafloor’s rise and fall (“breathing”) as molten rock moves in and out of the underlying magma chamber. A very precise tilt meter that measures in micro-radians will record the tilting of the seafloor as it deforms in response to melt migration. Similar measurements are routinely made at terrestrial volcanoes, but these will be the first to be made in real-time at an active underwater volcano. Chadwick’s work has shown that the seafloor fell 2.4 m (7.9 feet) at the time of the eruption in April 2011. Three of these instruments are now installed at the summit of Axial Seamount at the Central Caldera (MJ03F), International District 2 (MJ03D), and Eastern Caldera  (MJ03E) sites. They are connected to junction boxes that are now connected to Primary Node PN3B. All three instruments are now streaming data to shore. The pressure sensor is a Paroscientific Digiquartz pressure transducer, and the tilt meter is supplied by Applied Geomechanics (LILY).

When accessing the Data Portal, “streams” are the data packages that contain all parameters produced by a given sensor or instrument. The BOTPT contains multiple sensors, each of which produces a separate data stream:

BOTPT on the Data Portal 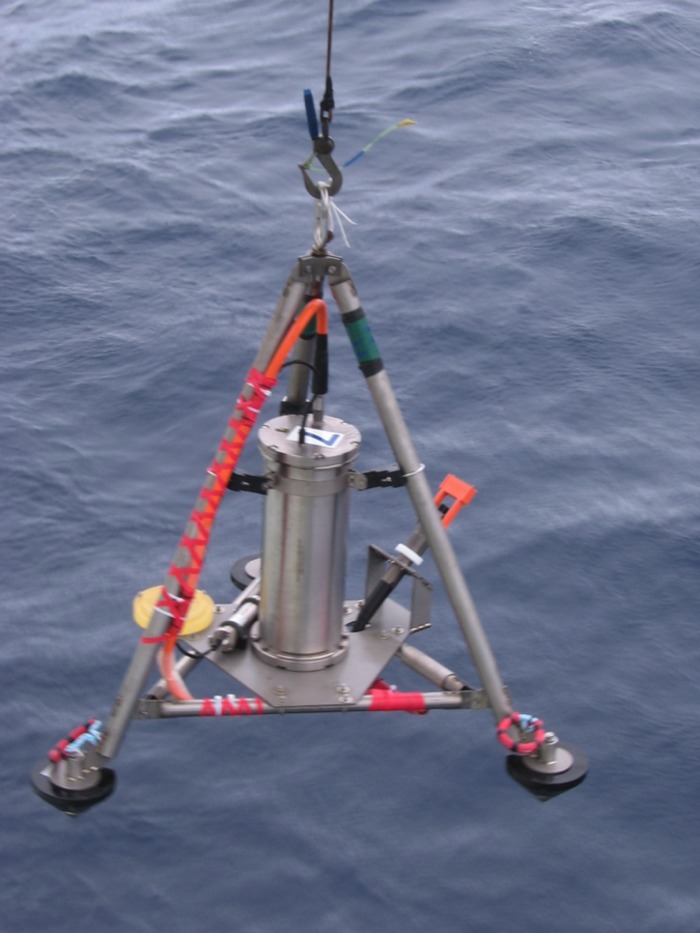 Deployment of the Bottom Pressure & Tilt (BOTPT) instrument from the R/V Thompson. 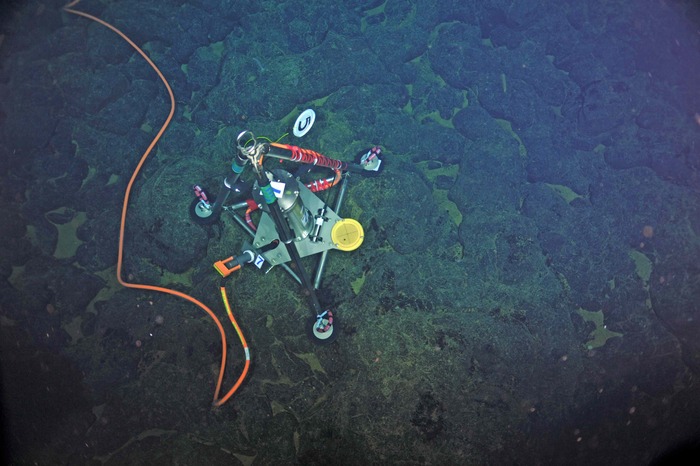 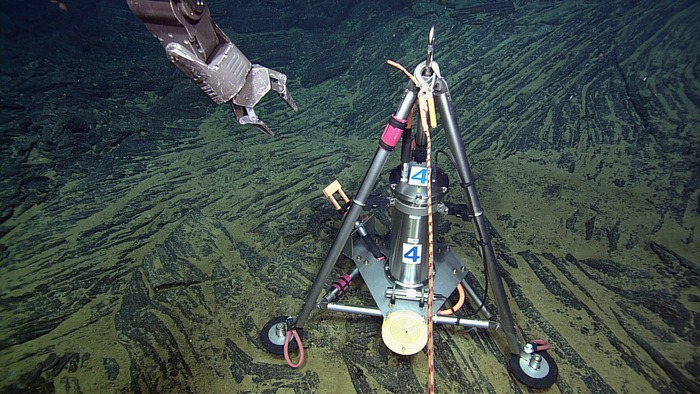 A bottom pressure-tilt instrument installed at the summit of Axial Seamount in the International District hydrothermal field. This instrument measures the rise and fall of the seafloor due to melt migration in the subsurface. The small black marble in the yellow plate at the instrument base indicates that the platform is level. Photo credit: NSF-OOI/UW/CSSF; Dive R1723; V14.