The Coastal Endurance Oregon Offshore Shallow Profiler Mooring is located on the Continental Slope, approximately 550 meters deep. The Continental Shelf-Slope area off the Oregon coast is a highly productive, dynamic upwelling environment. Upwelling brings nutrients to the surface sparking primary production and fueling the food web. In recent years, upwelling has also brought onto the shelf hypoxic, low oxygen, waters that can be harmful to organisms in the area. By sampling in this area, the OOI seeks to gain better insight into upwelling dynamics of this system.

As with other Cabled Shallow Profiler Moorings, this mooring is attached to a fiber-optic cable and contains a Shallow Profiler (SF01B), a 200m Platform (PC01B), and a Winch Controller (SC01B).  The Shallow Profiler houses scientific instrumentation and is tethered to a mooring-mounted winch that pays out line allowing the profiler to rises through the water column until fixed depth (20 m to 200 m below sea surface).  Instruments are also housed within the 200m Platform.  The fiber-optic cable provides the mooring with a large supply of power and bandwidth and is co-located with a Benthic Experiment Package, that collects complementary seafloor data. 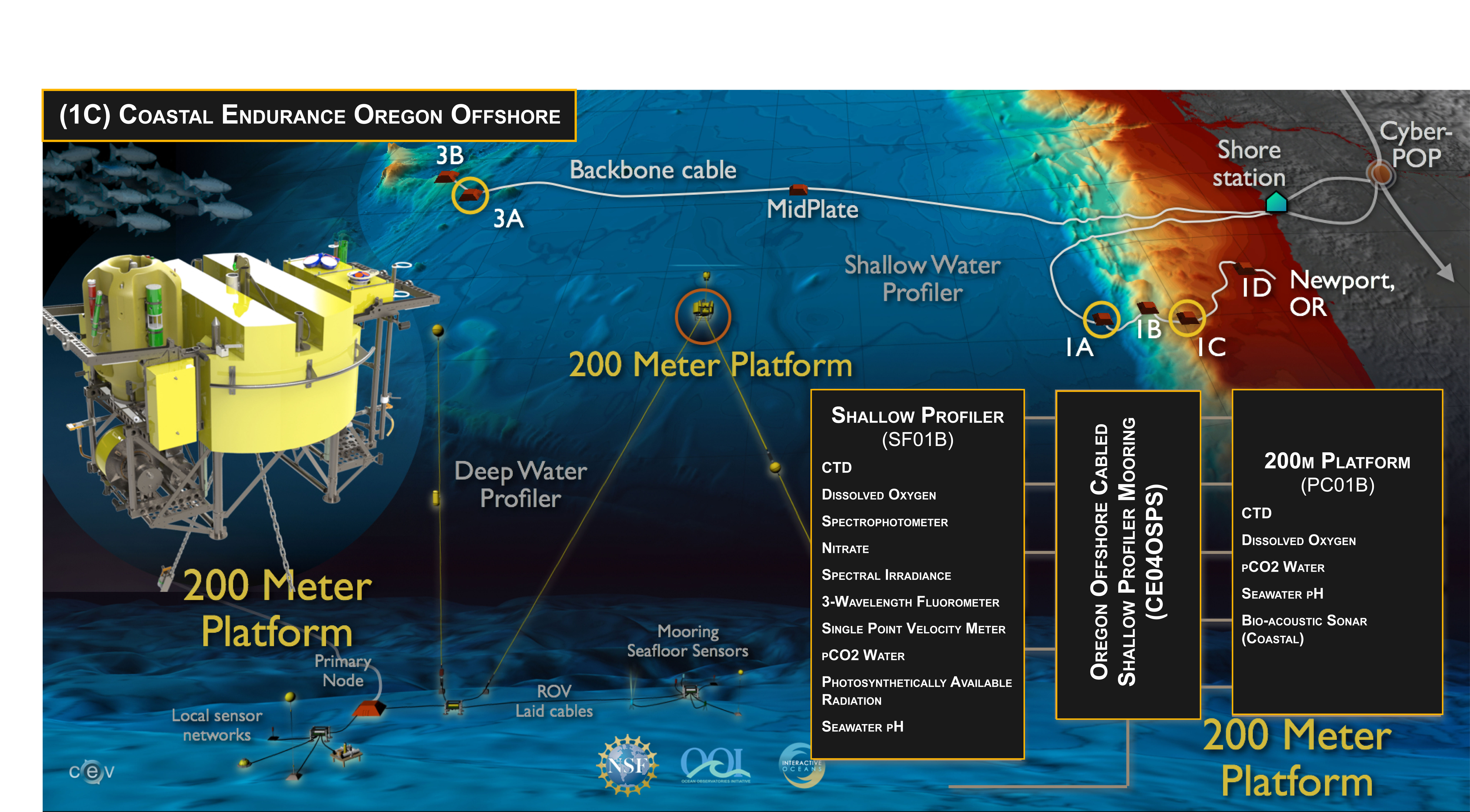