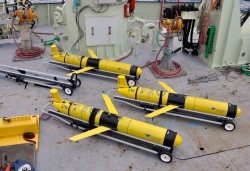 (Click to enlarge) Three OOI gliders await deployment as a part of the Pioneer Array. Gliders are brought on deck for pre-deployment checks. Specially designed carts are used to lower them into the water and release them, after which flight control is taken over by pilots on shore. (Photo Credit: Sheri White WHOI/CGSN)

An OOI team, led by Woods Hole Oceanographic Institution (WHOI), set sail on the R/V Knorr October 3 for a 9-day cruise to deploy the third-phase infrastructure of the Pioneer Array at its location off the coast of New England.

“The cruise was a great example of teamwork among the WHOI science team, the Captain and crew of the Knorr and shore-side operations support,” said Al Plueddemann, Chief Scientist on the cruise from the Woods Hole Oceanographic Institution.

The region of the New England continental shelf where the Pioneer Array is located is characterized by sharp gradients in ocean temperature and other properties across the shelf, currents that flow along the shelf, and strong biological productivity. A total of 54 instruments were deployed. In addition to the deployments and recoveries, the team conducted CTD casts with water sampling at each mooring site, a cross-shelf CTD survey, and a bathymetry survey in the vicinity of the moored array.

The next phase of the deployment sequence will be conducted during November 15-23 from the R/V Endeavor, with three Coastal Surface Moorings and two Coastal Surface Piercing Profilers to be added to the moored systems of the Pioneer Array. The remaining two OOI Global Array installations, Southern Ocean and Argentine Basin will occur in February and March 2015, while the final Endurance and Pioneer Array deployment completions are scheduled for April 2015. 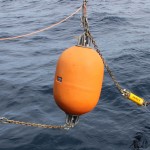 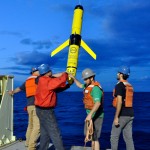 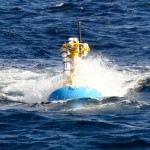