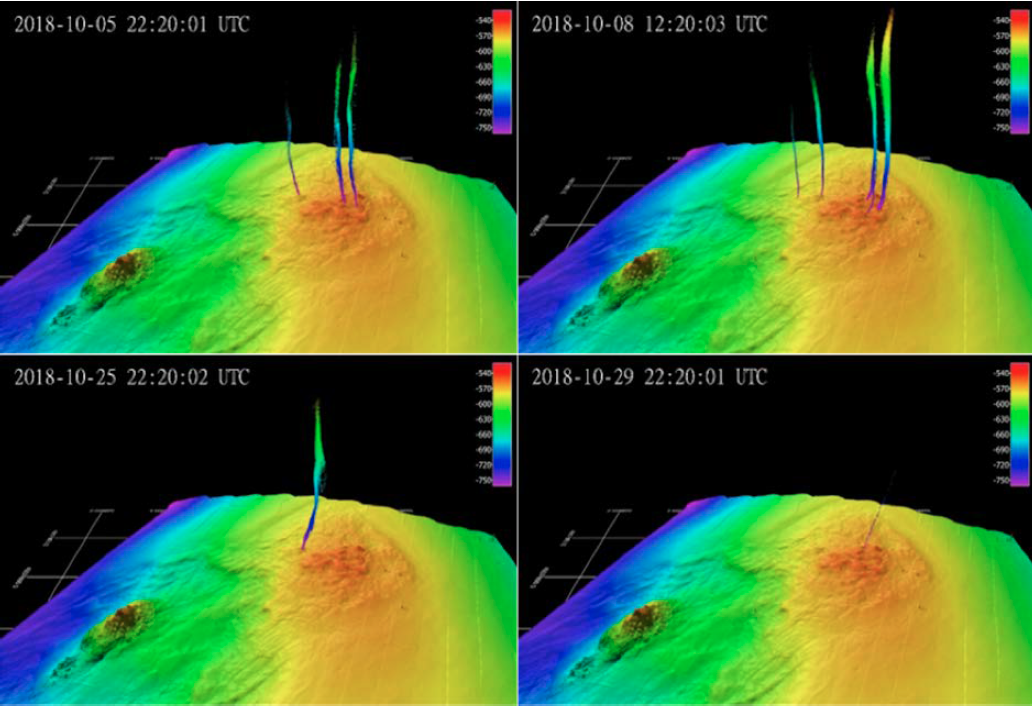 Methane bubble emissions detected by the MARUM overview sonar over the Southern Hydrate Ridge summit. The location and size of the bubble plumes vary considerably over time.