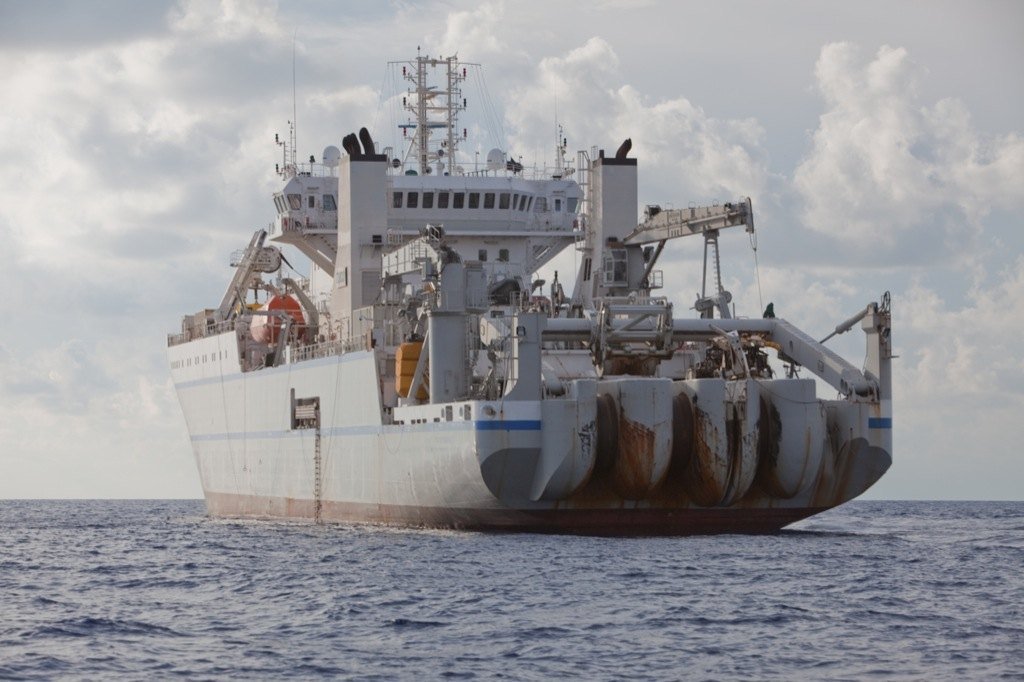 (Click to enlarge) A commercial cable-laying ship, the TE Subcom Dependable, makes way to install the Ocean Observatories Initiative (OOI) program’s backbone cable off the coast of Oregon. The undersea cable will link scientists and others on land to data streaming from an extensive array of next generation sensors located in the ocean and on the seafloor.

The Ocean Observatories Initiative (OOI) program will install off the coast of Pacific City, Ore., the main undersea cable that will link scientists and others on land to data streaming from an extensive array of next generation sensors located in the ocean and on the seafloor, marking progress in construction of the first U.S. regional cabled ocean observatory.

This installation work is taking place between June and August 2011. A commercial cable-laying ship, the TE Subcom Dependable, left port in Newington, N.H., this month on its deployment to install the backbone cable off the coast of Oregon. The undersea cable will link scientists and others on land to data streaming from the ocean and seafloor.

The OOI, a program funded by the National Science Foundation, is planned as a networked infrastructure of science-driven sensor-robotic systems designed to measure the physical, chemical, geological and biological variables of the ocean. The Regional Scale Nodes (RSN) component of the OOI establishes a network of ocean observing sensors in the Northeast Pacific ocean connected by 900 kilometers of electro-optical cable and designed to operate continuously for 25 years.

The University of Washington is leading the OOI cabled component effort and has contracted with L3 MariPro Inc., Goleta, Calif., for the design and build of the OOI RSN primary infrastructure. Oregon State University is a partner in the cabled component.

The at-sea and land cable installation schedule is as follows, with changes subject to weather and ship operations:

The cabled network features two submarine cables extending from the shore station to two main study sites: one cable reaches Hydrate Ridge, approximately 120 km to the southwest of Pacific City, and loops back on the continental shelf to link the cabled moorings of the Coastal Scale Nodes Oregon Line along the OOI’s Endurance Array site. The second cable extends 500 kilometers west to the Axial Seamount study site on the Juan de Fuca Ridge. Each primary instrumented site will offer two-way communication between land and sea and will be supplied with up to 10 gigabits per second of telecommunications bandwidth and 8 kilowatts of power. Data will be collected from the sea surface to the seafloor and transmitted to shore in near-real time via the Internet.

The OOI Program is managed and coordinated by the OOI Project Office at the Consortium for Ocean Leadership, in Washington, D.C., and is responsible for construction and initial operations of the OOI network. For updates leading up to and during cable installation, visit the OOI program website.