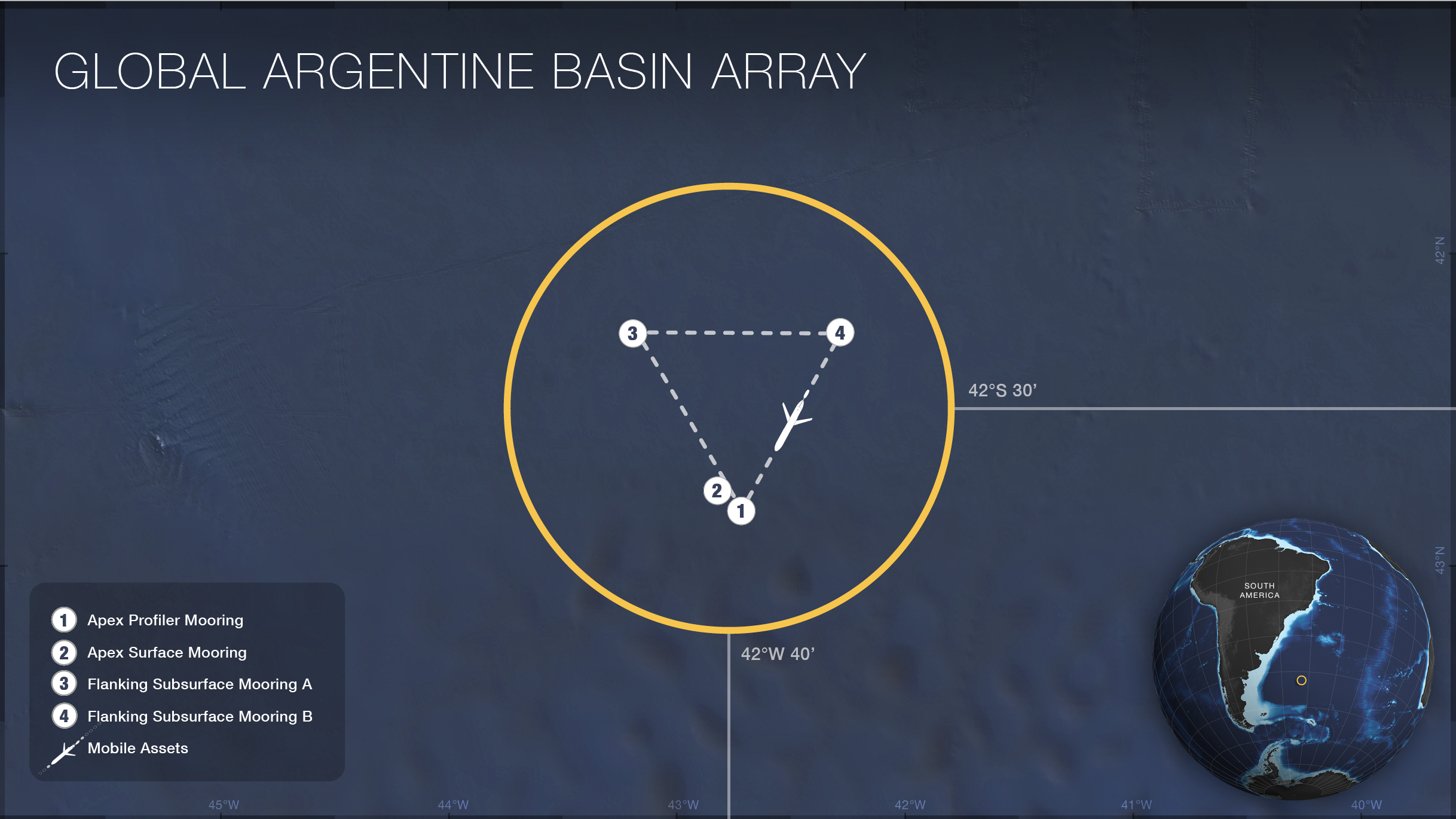 The Global Argentine Basin Array in the South Atlantic was in place from March 2015 – January 2018, when it was removed. Data from this array remain available at OOI’s data portal for research.

The Argentine Basin Array was useful to explore the global carbon cycle because of its high biological productivity fueled by iron-laden dust from the nearby continent. With strong currents persisting to the seafloor and water mass mixing, this region has elevated levels of eddy kinetic energy similar to those in the Gulf Stream.

The Global Argentine Basin Array consisted of a triangular set of moorings (white circles), with the sides of the triangle having a length roughly 10 times the water depth to capture mesoscale variability in each region. The global array consisted of a combination of three mooring types: the paired Global Surface (2) and subsurface Global Profiler (1) Moorings are at one corner of the triangle, with the other two corners occupied by Flanking Subsurface Moorings (3,4). Two types of gliders were deployed within the array: open-ocean gliders (dashed lines) sampled spatial variability within and around the moored array, and vertically profiling gliders sampled the waters above the subsurface Global Profiler Mooring (1). 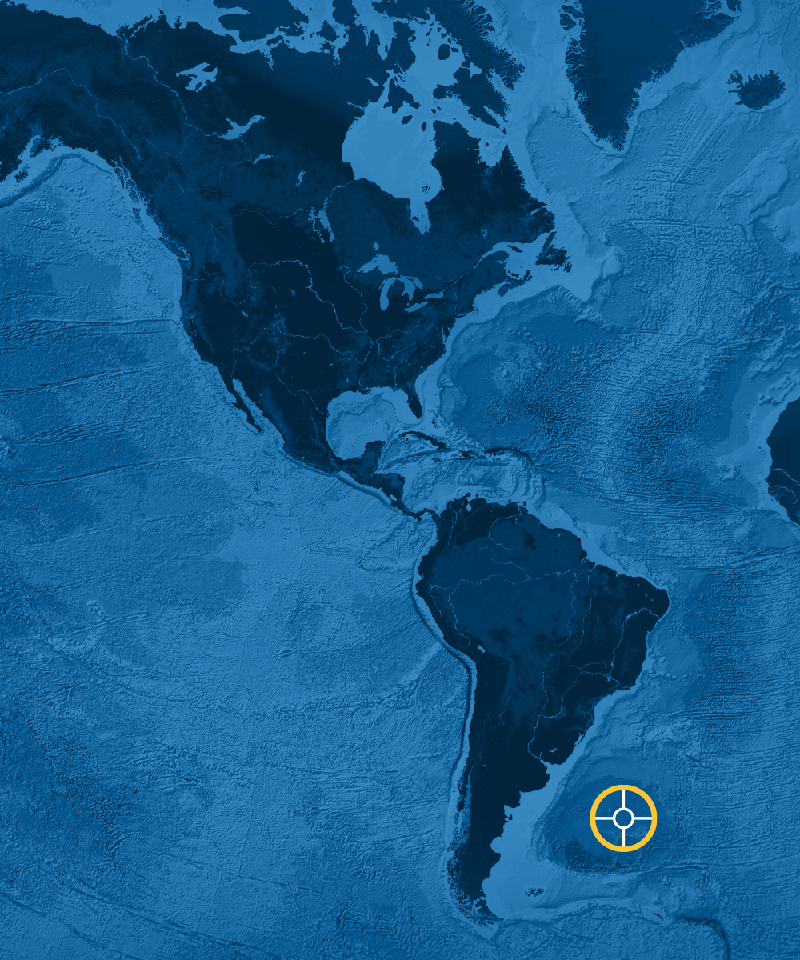 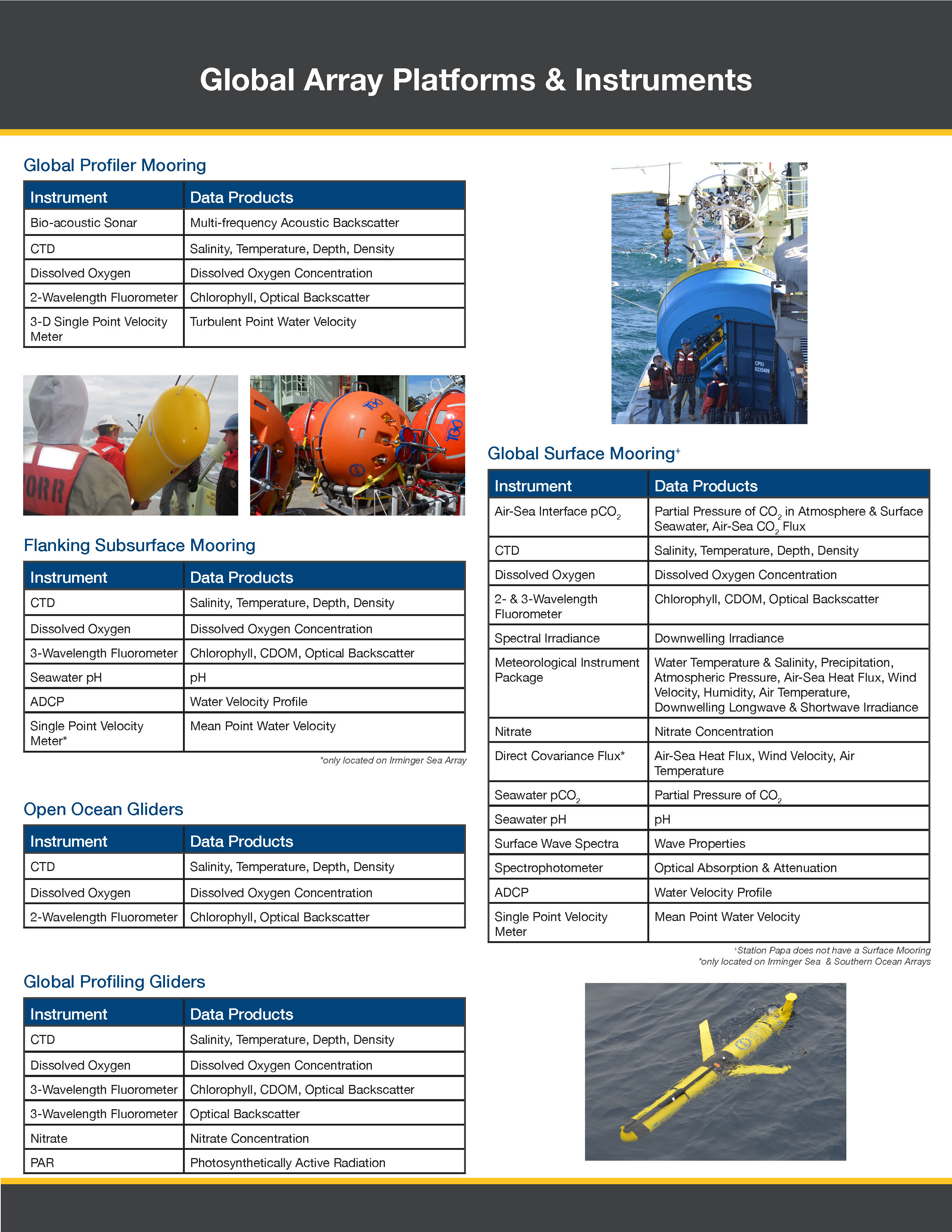