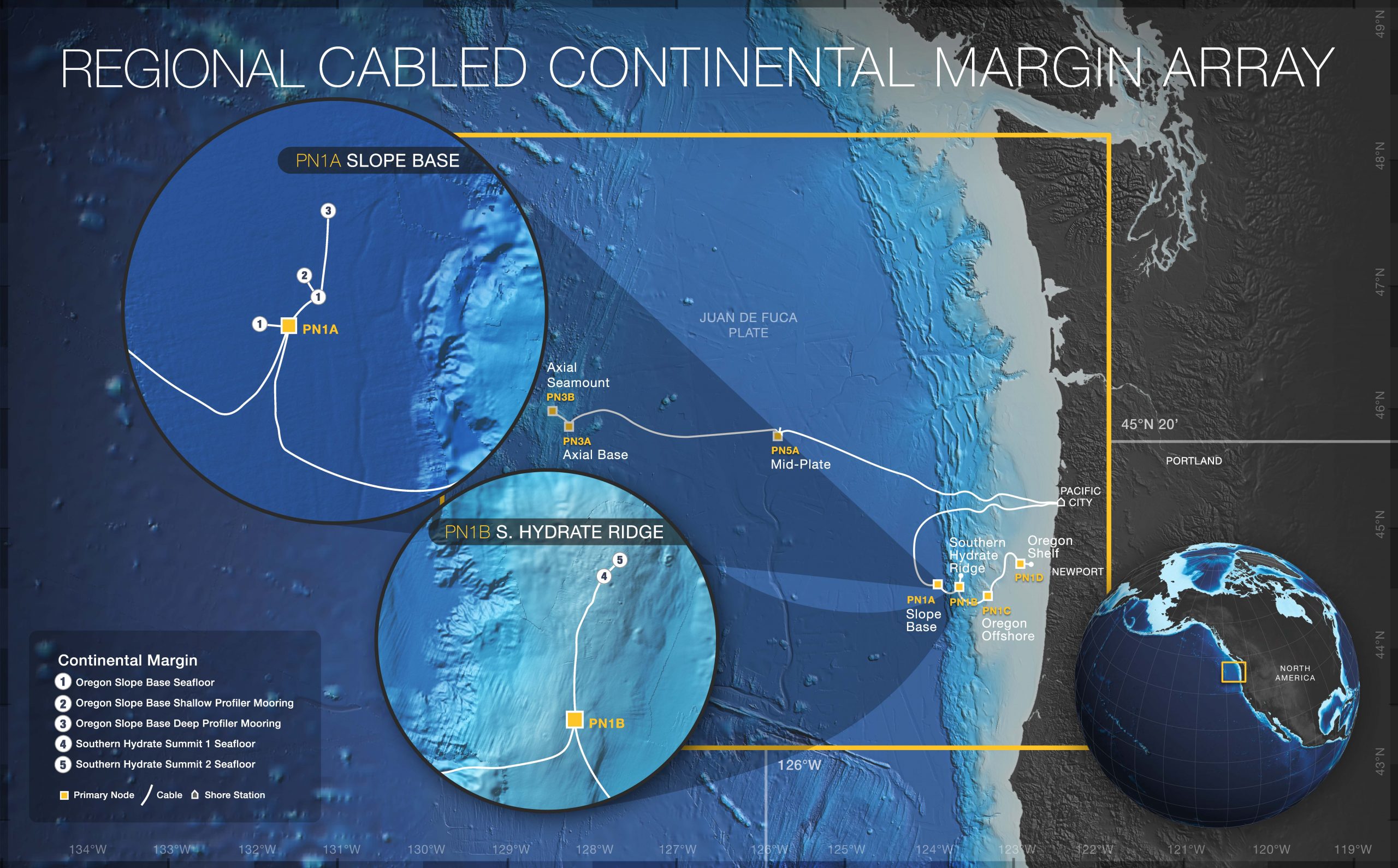 The Cabled Endurance Array portion of the Regional Cabled Array connects at the Oregon Shelf and Offshore sites. This Continental Shelf-Slope area is a highly productive, dynamic upwelling environment. Upwelling brings nutrients to the surface sparking primary production and fueling the food web. In recent years, upwelling has also brought onto the shelf hypoxic, low oxygen, waters that can be harmful to organisms in the area.

The Cable Endurance Array has four stations collecting and transmitting data via the Regional Cable Array. The Oregon Shelf Cabled Benthic Experiment Package is on the continental shelf, approximately 80 meters deep, and the Oregon Offshore Cabled Benthic Experiment Package is on the continental slope at 579 meters deep. Both are located near the base of a shallow and deep profiler mooring, providing complementary seafloor data to the water column data collected by the profilers, allowing for the sampling of a full picture of shelf dynamics. 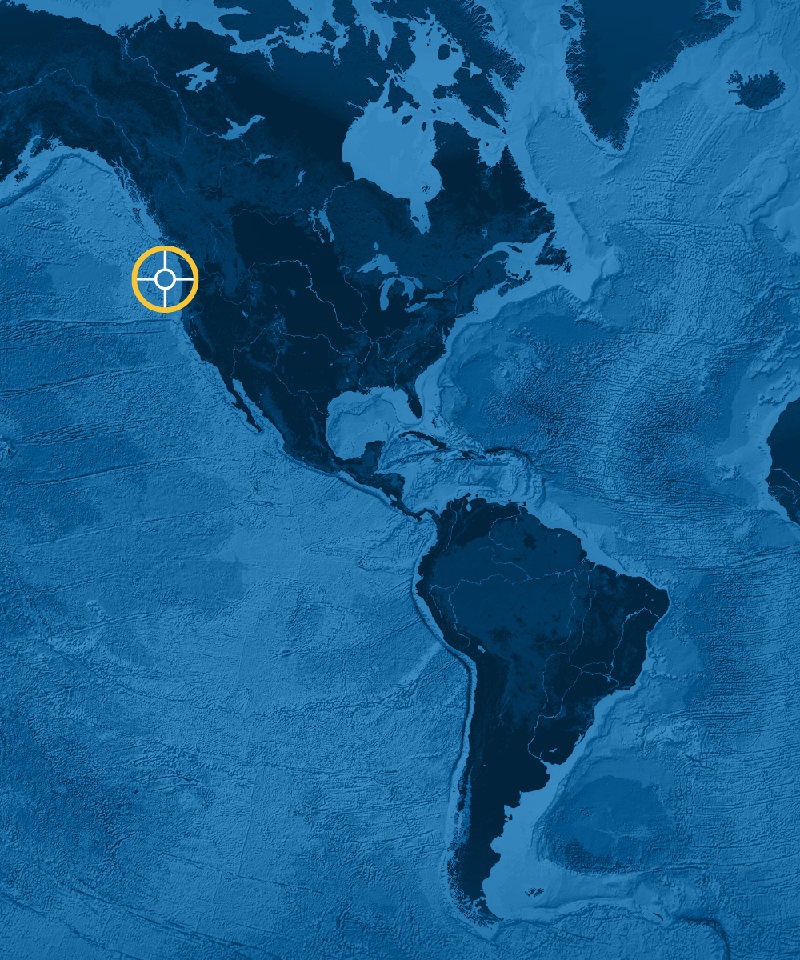 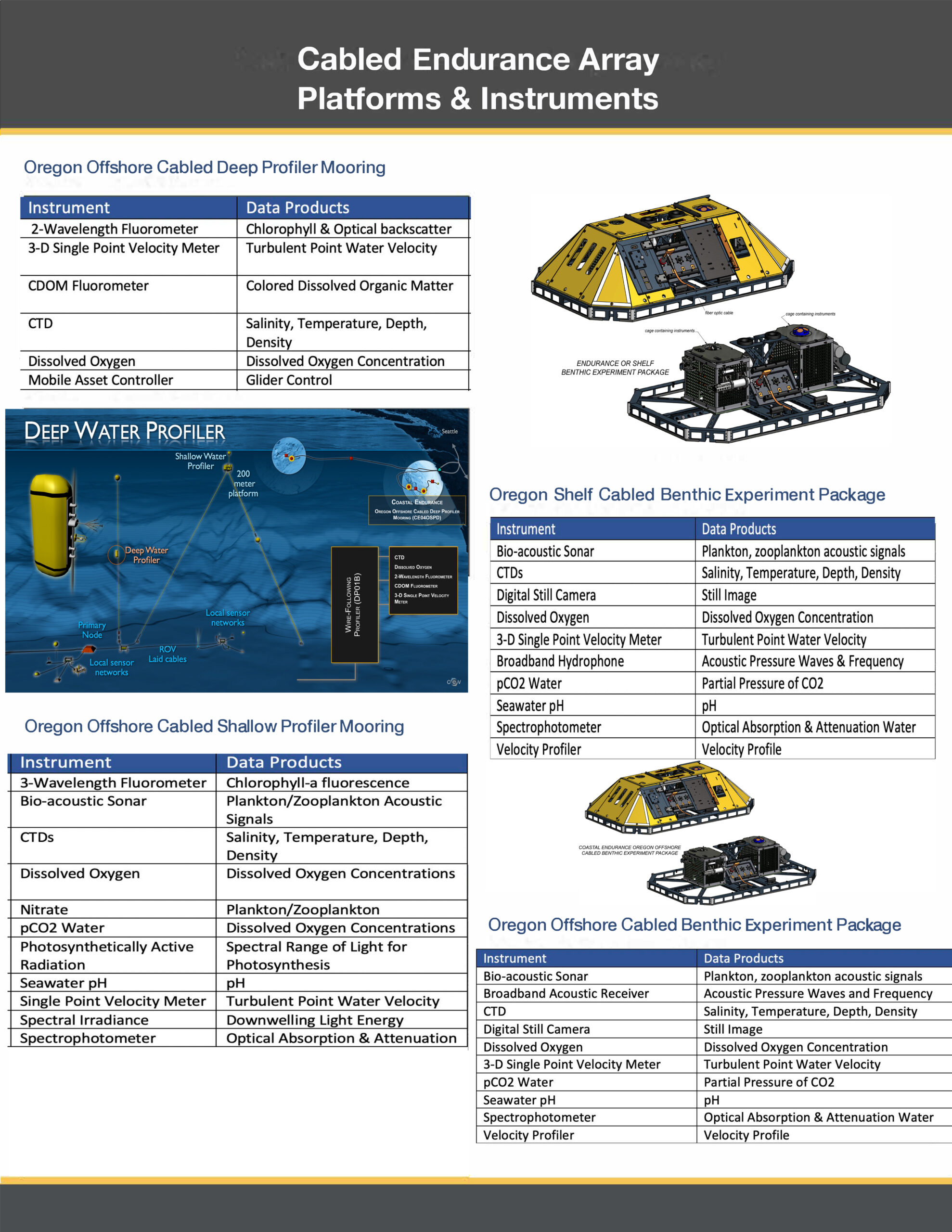