The cyber brains of an ambitious network of ocean observing systems has a new place to call home. 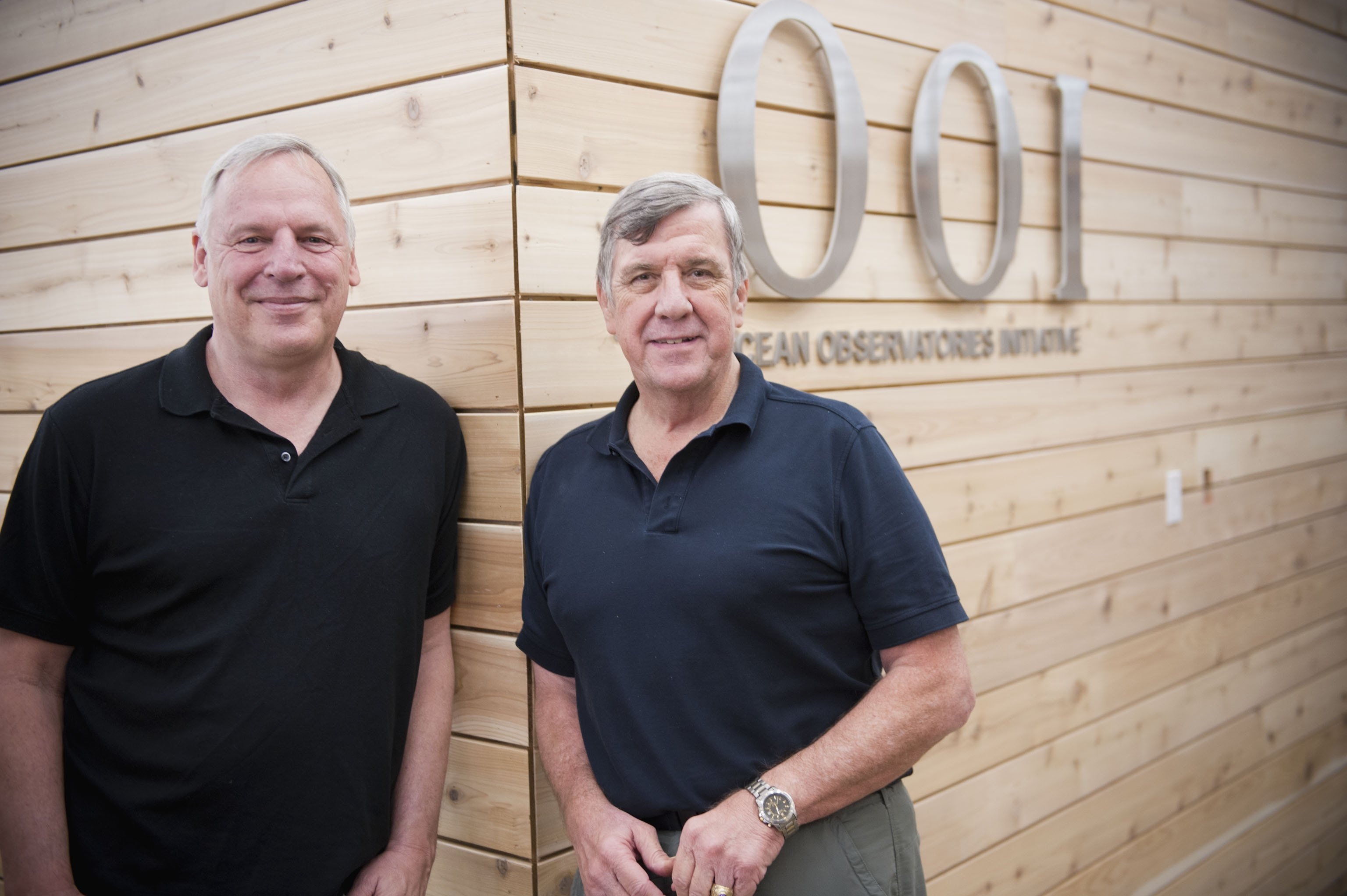 The Ocean Observatories Initiative (OOI), funded by the National Science Foundation, is a transformational program designed to capture key measurements of a range of physical, chemical, geological, and biological components of the world’s oceans. Through a broad mix of instrumentation—from ocean moorings to autonomous sea gliders—the OOI will offer information vital for science and society on topics ranging from ecology to climate change to ocean mixing, earthquakes, and extreme weather events.

As one of five implementing organizations of the OOI, the Cyberinfrastructure component is responsible for collecting data from hundreds of sources, coordinating and processing its flow, and making it available to anyone with a computer. 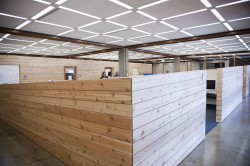 (Click to enlarge) The Cyberinfrastructure group of the Ocean Observatories Initiative moved into the Eckart Building at Scripps Institution of Oceanography at UC San Diego on Jan. 28, 2013.

Since being organized in 2007, the OOI Cyberinfrastructure team had been spread around a Calit2 building on the UC San Diego campus. But as of January 2013, the group is now based in the Eckart Building at Scripps Institution of Oceanography at UC San Diego.

The group’s 40 software technicians, programmers, and other computer specialists are developing an integrated ocean network system that will allow the OOI to gather data from over 770 sensors deployed at sea, and to communicate with the devices and deliver new commands.

“We are providing the mechanisms for continuous two-way communication to the sensors,” said John Orcutt, principal investigator of the cyberinfrastructure component and a distinguished professor of geophysics at Scripps. “One example of the benefits of this platform is in the use of autonomous gliders. If an event such as a volcanic eruption occurs, we can communicate with the glider and change the way we make measurements, whether it’s temperature or currents, to make the most of the sensors in the field.”

Frank Vernon, deputy director of the OOI Cyberinfrastructure team, says the OOI, and its data delivery will transform the way oceanographers and other scientists study the oceans. By advancing technology that supports data collection and access, the new network will help address limitations of current ocean instruments and data, and add key information for topics such as climate, earthquakes, and tsunamis.

“The size and scope of some of these issues will require the large-scale data that OOI will provide,” Orcutt said. “But it’s clear that these sensors will never replace ships and the key services they provide. A vibrant oceanographic fleet will always be critical.” 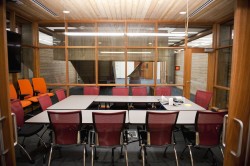 (Click to enlarge) The Cyberinfrastructure group of the Ocean Observatories Initiative moved into the Eckart Building at Scripps Institution of Oceanography at UC San Diego on Jan. 28, 2013.

OOI installations will begin this summer and into the fall with the deployment of a cabled seafloor facility off Oregon and Washington; an array of sensors called “Station Papa” in the Gulf of Alaska, and various instruments off the West Coast.

Due to the global scale of the OOI network—six network stations off North and South America—the software systems now in development in the new headquarters are being created at an unparalleled scale of sophistication, said Matthew Arrott, OOI Cyberinfrastructure program manager.

But in the digital age of instant messaging and video chatting, does a cyber group really need to be clustered together in one physical location?

Orcutt emphatically says “yes” and maintains that a lot can be gained from old-fashioned face-to-face interaction such as bouncing ideas off one’s colleague in the conference room.

“Now we’ve got everybody on the OOI Cyberinfrastructure team right here in one place, which will enhance communication and collaboration enormously,” said Vernon.