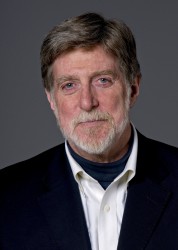 John Delaney, Director and Principal Investigator of the Ocean Observatories Initiative (OOI) Regional Scale Nodes (RSN) and Professor of Oceanography at the University of Washington, will take part this month in an innovative marine science public literacy event, The Longest River, which involves the arts, music and marine sciences.

In association with the Marine Institute and sponsored by Culture Ireland, the event will take place at Eglise du Saint-Sacrement, in Brussels on April 29from 8 to 9 p.m. as part of the celebration of Ireland’s Presidency of the Council of European Union. The Longest River event is under the patronage of both Maria Damanaki and Máire Geoghegan-Quinn, members of the European Commission.

The science of our oceans and deep seas that support our life on earth will be presented by Delaney.  A unique fusion of poetry, photography and rarely filmed marine environments will reveal the importance the ocean and its impact on our daily lives. In addition, video footage of the hydrothermal vents discovered by an Irish led expedition on the RV Celtic Explorer in July 2011, in the middle of the Atlantic north of the Azores, will be shown illustrating the value of collaborating across national borders in order to extend Ireland’s engagement with the global oceans.