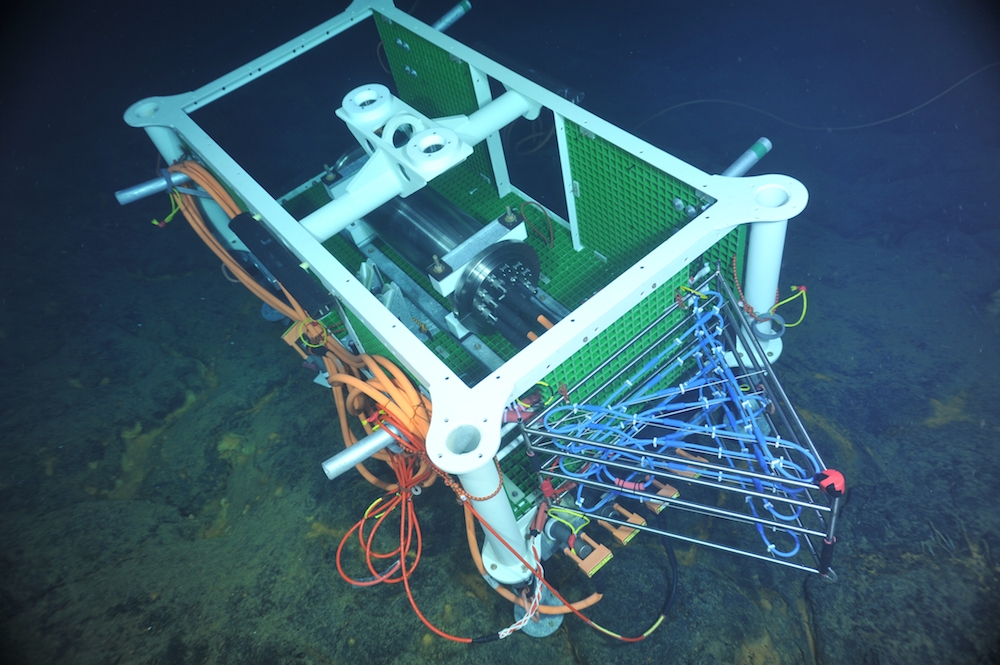 It is often said we know less about the ocean floor than we do about the surface of Mars—a concerning statistic given how important they are to humanity’s survival. This fall, however, an integrated infrastructure of sensor systems will sprawl, swim, and anchor itself across our oceans as part of the Oceans Observatories Initiative, a project 10 years in the making.

(From Motherboard / by Kari Paul) — Funded by the National Science Foundation and managed by non-profit the Consortium for Ocean Leadership, the system is being put through final tests this summer and will be operational by the end of the year.

“We are on the cusp of a whole new era of oceanography,” Sherri Goodman, president and CEO of the Consortium for Ocean Leadership, said of OOI at a recent panel. “We are on the verge of wiring the ocean. This is going to change how we use our oceans and grow our global economy in a way that is beneficial to so many of us on the planet.”

OOI consists of more than 800 cables, moorings, and autonomous underwater drones situated in seven locations in the North and South Atlantic and the Pacific. It will measure physical, chemical, geological, and biological variables in the ocean and seafloor, producing over 200 different kinds of data, including HD video and photos, as well as metrics on conductivity and temperature.

The huge new influx of data will be overseen by a cyberinfrastructure data management group at Rutgers University and ultimately distributed to the public in real time.

“We expect some strong scientific use, operational use, educational use, and just curiosity use, as all these instruments are starting to now report back in real time,” said Lisa Clough, head of ocean section division of Ocean Sciences at the National Science Foundation.

One of the first sections of the system to get up and running, called the Cabled Array, is already deployed off the coast of Oregon and is connected to shore through an underwater, 900 kilometer high-power fiber optic cable. Seven primary nodes that distribute power to 17 junction boxes, which then relay power and communications to the attached instruments. The array also includes two cabled profiler moorings that rise from the ocean floor to the surface to take in data from varying depths.

In July, it documented an underwater volcano—an event that may have otherwise gone unnoticed if not for the new plugged-in seafloor.

Two more arrays in the US, the Endurance Array and Pioneer Array, are located off the coasts of Oregon/Washington and New England respectively and are set up in similar manners. These arrays monitor upwelling, a process in which water rises from the depths of the ocean to the surface; the amount of oxygen in the water; and shelf break fronts, the separation of warm, saline slope water from cool, fresh shelf water.