“A lot of the powerful environmental events that happen in the oceans occur when we’re not there,” says Deborah Kelley, director of the OOI Cabled Array 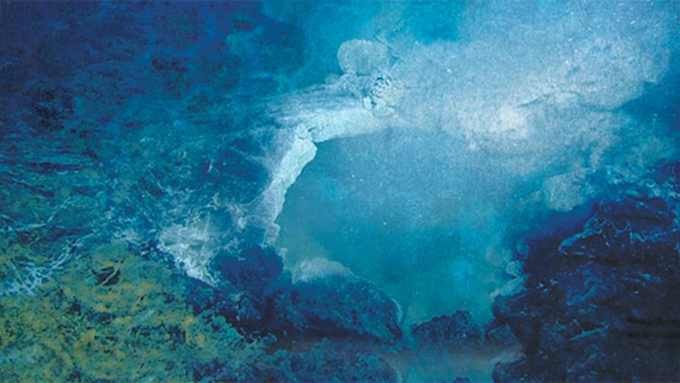 There’s a lot going on below the ocean waves off the coast of Oregon and Washington—activity most of us would miss if it weren’t for the Ocean Observatories Initiative’s (OOI’s) Cabled Array. This research array, one of seven such arrays of sensors, instruments, and robotic vehicles that are part of the OOI, is the only one supplied with high power and Internet through telecommunications cables along the seafloor. The OOI, funded by the National Science Foundation and managed by the nonprofit Consortium for Ocean Leadership, is part of the U.S. contribution to the Global Ocean Observing System.

“A lot of the powerful environmental events that happen in the oceans occur when we’re not there,” says Deborah Kelley, a professor at the University of Washington’s (UW’s) School of Oceanography and director of the OOI Cabled Array. “We’re rarely in the right place at the right time to monitor and interact with all the evolving processes [that impact the ocean], which include big storms, underwater eruptions, and large earthquakes.”

John Delaney, another UW oceanography professor and a former OOI Cabled Array director, was the visionary for the array, an idea born around 15 to 20 years ago out of the school’s research on underwater volcanoes and hot springs about a mile below the ocean’s surface.

“We would go out there every year, if we were lucky, with a robotic vehicle or a three-person sub, and the landscape would be dramatically different and the animals would change,” Kelley explains. “Clearly, from year to year, things were going on, but we weren’t there to witness these changes and measure the environmental parameters that caused these changes.”

Providing power and Internet to the seafloor solves that issue, allowing for real-time monitoring as well as two-way communication between the operations center at UW and the instruments in the ocean. UW is one of four universities under contract to help manage and maintain various aspects of the OOI.

“We can interact 24 hours a day with the instruments out there, as things evolve,” Kelley says. “It’s a real game-changer in terms of understanding and monitoring, really being there with eyes and ears in the oceans 24 hours a day.”

All the data collected by both the Cabled Array and the six other OOI arrays are publicly available for researchers and anyone interested to use as they wish. Even those who have never been near the ocean can check out real-time video captured by the array’s cameras.

Along with being the only cabled research array in the OOI, the Cabled Array’s location is also part of what makes it unique. The section of seafloor it covers includes the Juan de Fuca Plate, a very active tectonic plate that’s easy to get to, giving researchers the ability to study volcanism at close range.

“It’s the world’s largest undersea volcanic observatory,” says Greg Ulses, OOI program director, about the Cabled Array. The other OOI arrays are located in the Gulf of Alaska, the Irminger Sea near Greenland, off the coast of New England, in the Argentine Basin, and in the Southern Ocean. The Endurance Array, also off the Oregon coast, complements the Cabled Array. OOI’s design and conception began about 10 years ago and it took around seven years to construct at a cost of roughly $300 million. It has been fully operational since only last year, Ulses says.