Kanieka Neal likes to be out of her comfort zone. In 2016, as a junior at the University of Maryland Eastern Shore pursuing a chemistry degree, she applied to the Partnership Education Program through the Woods Hole Diversity Initiative. Through this program, Neal spend the summer doing research at the Woods Hole Oceanographic Institution (WHOI).

Neal was initially worried about a potential knowledge gap because she was not trained as an environmental researcher. In this 6-week program, Neal had a “wonderful experience” analyzing the coastal carbonate system in the California current and learned that pushing herself to build an interdisciplinary toolkit enabled her to become a better researcher in the chemistry field.

After getting hooked on the ocean that summer, Neal applied to return to WHOI in 2017 for 12 weeks as a Summer Student Fellowship joining students from MIT, Yale, and Brown. Neal built on her summer fellowship experience, this time analyzing carbon cycling off the coast of Greenland and analyzing a very large dataset.

Neal had never coded before as it was not part of her chemistry curriculum. In fact, it had not occurred to her that chemists would also need to be programmers. “Initially I didn’t think coding would be useful for a chemist,” says Neal, “but then I talked to some chemists at WHOI and they were like ‘yes we code,’ so I decided I should learn too.”

Once again, Neal left her comfort zone, this time to learn complex computer languages to code in Matlab.

Neal used the Ocean Observatories Initiative (OOI) data portal to download alkalinity, carbon dioxide, and water temperature data from the OOI Irminger Sea Array to better understand ongoing changes in the dynamic Northern Atlantic Ocean. “The OOI is a great resource for students,” says Neal. “It’s not too time consuming, comes right to your inbox, and is very organized so I could pick it up really quickly. It’s amazing that the data are right at your fingertips; you can just go in and get it.”

She also compared these data to OOI cruise water samples analyzed at WHOI for dissolved inorganic carbon (DIC). These water samples were critical for her analysis as she used them to calibrate her data to ensure data quality and accuracy. Never one to be left on the fringes, Neal of course also helped in the laboratory to run the DIC water samples.

Neal designed her project with her advisor, David Nicholson, to investigate the role of physical and biological processes and temperature impact measured carbon dioxide from 2014-2016. Neal found that in 2014 temperature had effect on carbon dioxide data, but that in 2015, biological processes had more of an influence. Neal concluded that this pattern was mainly due to deep convection in winter of 2014-2015 bringing the deep water to the surface.

As a result of her experience, Neal has become an advocate for undergraduate research (check out her blog!), providing a model for both research opportunities for UMES students at world-renowned laboratories like WHOI, as well as on their own campus. “When I came back in the fall,” says Neal, “I did two research projects at UMES, one in analytical chemistry and the other with solar cells.”

For her research, academic scholarship, and willingness to keep learning new things outside of her comfort zone, Neal has been awarded departmental distinction awards, including two Certificates of Academic Achievement in the Department of Natural Science at UMES. And to cap off her college career, in May she was awarded the 2018 Undergraduate Award in Physical Chemistry by the American Chemical Society.

After graduation, Neal landed a job as a chemist for the Tishcon Corporation, a pharmaceutical company in Maryland. There she analyses dietary supplements for heavy metals and minerals before they are released into the public.

Though her research in the chemistry field has taken her many directions, Neal does not think she is done with ocean science. “I don’t think my ocean science journey has ended – I was at a career fair and there is a need for environmental researchers. I’m not limiting myself to anything.”

Through her undergraduate college career, Neal has spent every summer dedicated to gaining valuable research experience. This summer she is going out of her comfort zone again. “I’m excited to have an open summer at home in Maryland.” 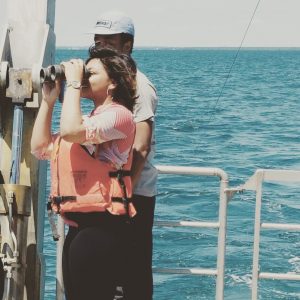 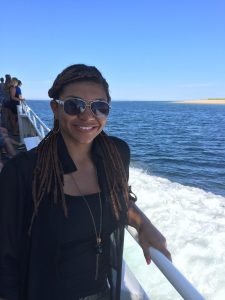 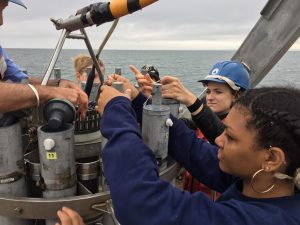 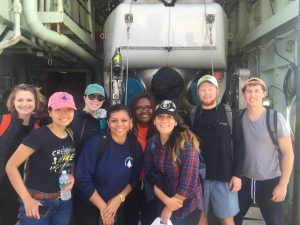 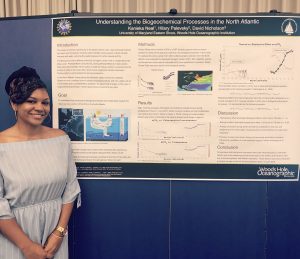