Working with large datasets of real oceanographic data is unique for an undergraduate. For Cassandra Alexander it is even more improbable as she is doing it from a landlocked undergraduate focused teaching university.

Situated on Pennsylvania farmland near the banks of the Susquehanna River, at the headwaters of the Chesapeake Bay, sits Millersville University. The university is home to 7,400 undergraduates and 1,000 graduate students; 15 of which, including Alexander, are majoring in Ocean Sciences.

“When I went to apply to college, I saw that Millersville had an oceanography department,” says Alexander, a Pennsylvania native, “and I thought that was really awesome, so I went for it.”

The vast majority of the students at this public university (95%) come from the five adjacent counties in Pennsylvania. “These students didn’t grow up near the water and they don’t think about oceanography as a potential career path,” says Bob Vaillancourt, one of two faculty in the Ocean Sciences Department and Alexander’s advisor. “It’s so different from where I grew up in coastal Massachusetts, I could see scientists around me and I lived on the ocean. One of the things we try to do here is to make the students aware that there is a career in ocean sciences.”

The department had very inauspicious beginnings. In the 1960s a few environmental scientists at the university received funding to go offshore and collect the spent booster rockets launched by NASA from Wallops Island, VA. The program grew from there and purchased an old WWII military base on the island, creating the Chincoteague Bay Field Station. “It is 4.5hours away,” Vaillancourt amends, “so not really something you can easily use during the academic year, but it is unique to have access to the ocean from so far inland.”

Millersville’s access to the ocean just got even closer, merely the distance from hand to keyboard. “The Ocean Observatories Initiative really opens it up for students to be able to do a lot of different things with the ocean data,” says Alexander. “As long as you can think of it, you can explore it.”

Alexander is one of five students within the Vaillancourt laboratory using Coastal Pioneer Array data to get a four-dimensional view of the boundary of the shelf-break front off the coast of New England. “I love that it’s accessible anywhere and I don’t have to use it just on a specific computer at school,” says Alexander. “I could use it anywhere.  You don’t have to spend hours and hours on a lab computer.”

She is currently using OOI data from the Pioneer Array to examine a 2014 warm core intrusion. “We wanted to see how that ring affected the different cross shelf processes,” says Alexander, “and the OOI was able to perfectly capture that feature.”

In her research, Alexander compared temperature, salinity and density between the two outer shelf profiling moorings in order to calculate the movement of the warm core ring water across the shelf.

Alexander’s work on this intrusion was presented as a poster at the 2018 Ocean Sciences Meeting as well as the statewide Undergraduate Research at the Capital event in Harrisburg.  “I’m just so thankful to Dr Vaillancourt for bringing me onto this project and taking me to the ocean sciences conference to present,” says Alexander, “that was so amazing.”

Not only has using OOI data provided Millersville students access to the ocean, it has also provided them access to other ocean scientists working with the OOI. Last semester, another Pioneer Array data user, Glen Gawarkiewicz from the Woods Hole Oceanographic Institution, came to Millersville for a guest lecture. “Glen came to talk about the OOI and a day or two later we had a new student become an oceanography major,” says Vaillancourt.

This summer Alexander is getting a taste of the coastal life as a National Science Foundation Research Experiences for Undergraduates (REU) student at the University of Rhode Island Graduate School of Oceanography (GSO) working with Dr. Colleen Mouw. Moving away from data analysis, Alexander is getting a look at work in the laboratory.

For her research this summer, Alexander will be using an Imaging FlowCytobot that takes high resolution images of phytoplankton to identify individual species in a water sample. She will be using this sensor to compare phytoplankton species at the location of the the 55-year weekly plankton survey in upper Narragansett Bay and at the GSO dock closer to the mouth of the Bay.

“We are hoping that the data we are able to collect this summer will be detailed enough that it can help calibrate MODIS satellite data,” says Alexander. “Satellites have a hard time resolving data along the coast.”

At the end of the summer Alexander will head back inland to finish up her BS in Ocean Sciences and Coastal Studies at Millersville and will finish up her research on the OOI Pioneer Array. She will then start thinking through what is next for her in the realm of oceanography. “I want to go on to graduate school, I think it is calling me right now,” she says. “I’m not sure if I prefer data or hands on research. I like working in the lab and I like looking at data; I’m not sure if I would like to work on a boat, though, because I get sea sick.”

Fortunately for Alexander sea sickness can be avoided and she can still utilize oceanographic data sets through the OOI. “I know it does work out well for me,” she quips. Alexander realizes that it is more than just sea sickness avoidance, though, “the OOI means that people aren’t limited to being by the ocean now,” she says, “they can really work on the ocean from anywhere. It’s just great that you don’t need to be coastal. It opens it up for so many people because not everyone has the accessibility to go to the coast.” 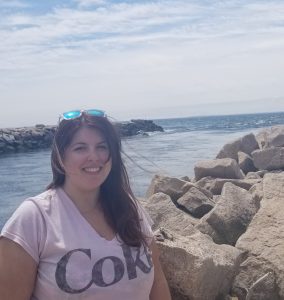 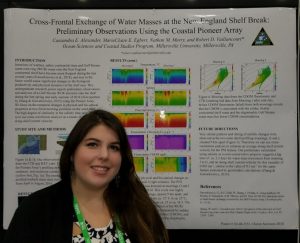 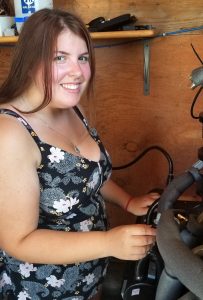 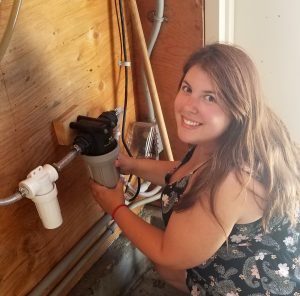