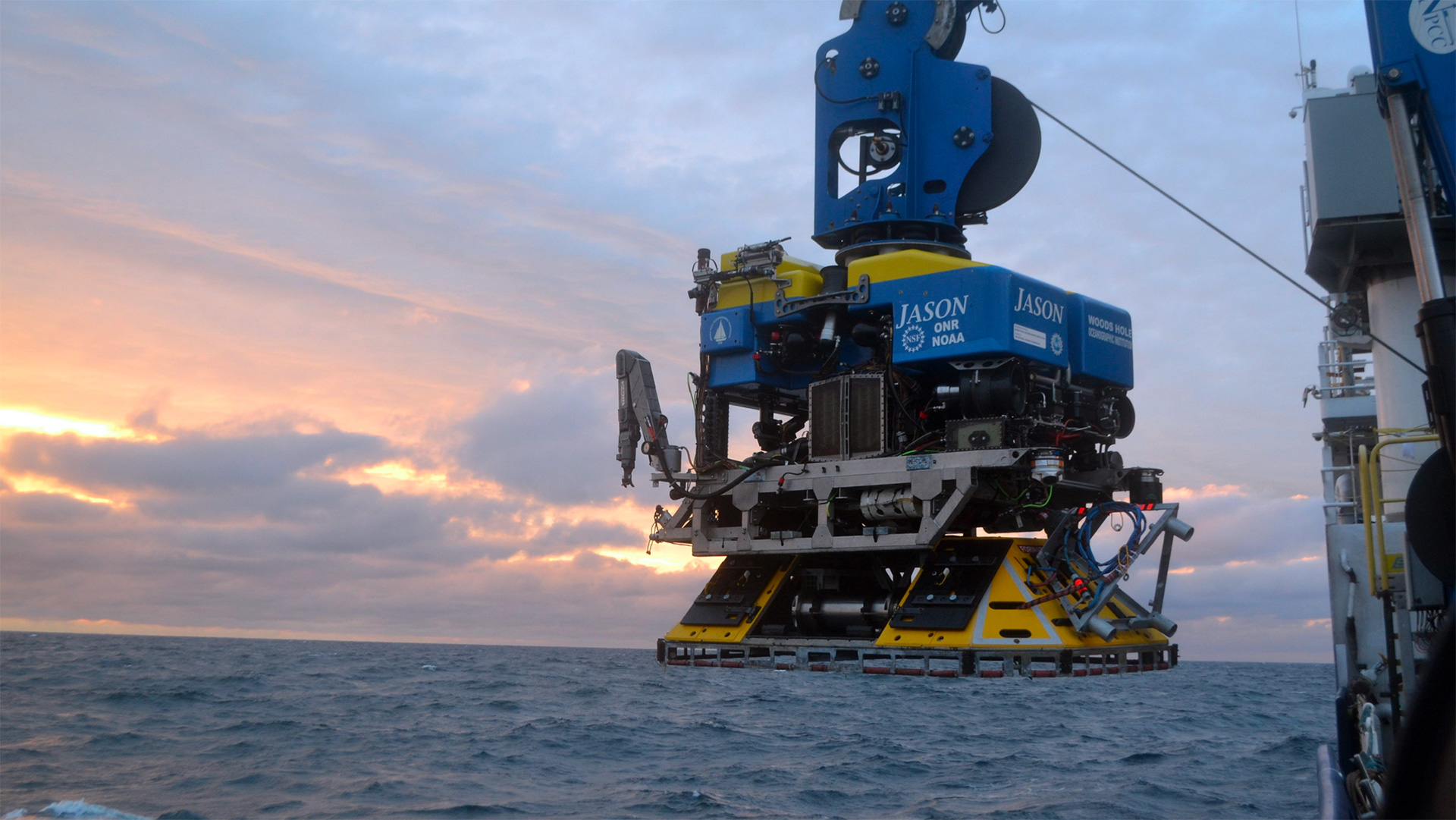 ROV Jason is launched at the Oregon Offshore site during the 2019 NSF-funded OOI Cabled Array expedition during Visions2018 with the Benthic Experiment Package attached beneath the vehicle. Photo by M. Elend, University of Washington

R/V Atlantis steams back to shore after Leg 1 of the 2019 Regional Cabled Array cruise, following the successful installation of the Shallow Profiler Mooring at Axial Base. Photo by J. Tilley, University of Washington 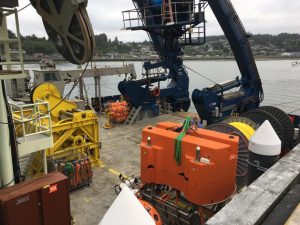 The aft deck of Atlantis holds a yellow winch weighing more than 9 tons that will be used to recover and install the Shallow Profiler Mooring at Axial, as well as a 12-foot-wide, 7,000-pound that will stay at 200 m beneath the ocean surface and will be connected to the seafloor by more than 2,700 meters of cable. Photo by Skip Denny, University of Washington