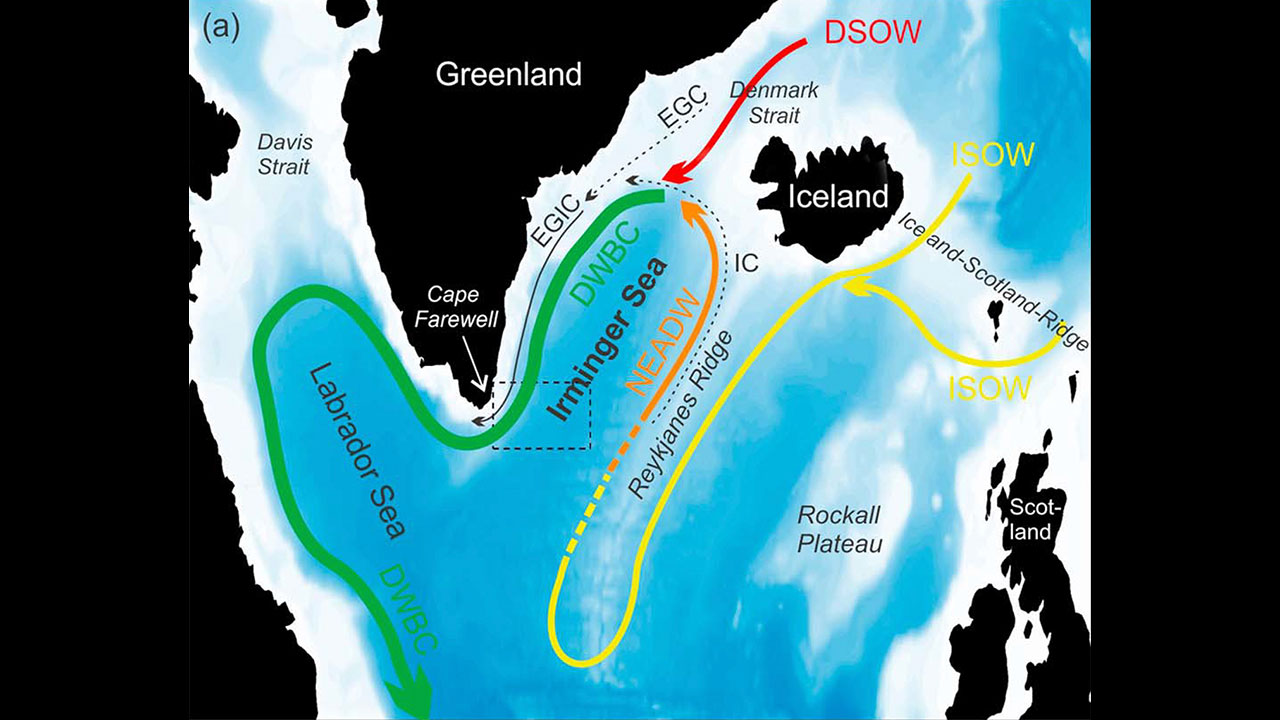 Data from the Ocean Observatories Initiative (OOI) Global Irminger Sea Array contributed to the longest continuous record of total volume transport of water in the Deep Western Boundary Current. This current, in the subpolar North Atlantic, travels southwest along the continental slope off of Greenland and is considered a significant part of the global climate system.

In a recent Journal of Geophysical Research Letters: Oceans paper, Dr. Joanne Hopkins at the National Oceanography Center in Southampton, U.K., and collaborators used data from two U.S. OOI flanking moorings, along with three U.S. Overturning in the Subpolar North Atlantic Program (OSNAP) East Greenland Current array moorings, and five U.K. OSNAP moorings to study the total amount of water moved by the current over a period of two years, as well as its daily and seasonal variability.

The data used for this paper was gathered over 22 months between 2014 and 2016, while all 10 of the moorings were in the water for the same period. Previous research to determine transport estimates at this latitude have been limited by a sparse number of direct and sustained measurements, relying instead on measurements over 9.5 months, 60 days, and “snapshot” or repeated summertime hydrographic sections.

Hopkins et al estimate that the Deep Western Boundary Current transports an average of 10.8 × 106 m3 of water per second with variation in time. In addition, the transport variability shifts from high to low frequencies with distance down slope. While the results did suggest an increase in transport since 2005-2006, they did not conclude that there was a significant long-term trend, given the limitations of previous data sets.

The location of the OOI Global Irminger Sea array was selected as part of an effort by the scientific community to place moorings in areas that have been historically under-sampled and subject to high winds and sea states that make frequent ship-based measurements difficult. The OOI Data Portal provides access to data from the Irminger Sea Array dating back to the initial installation in September 2014.