Deep temperature modulations at Axial Base

Axial Base is the only site in the world’s oceans where continuous full water column measurements are being made, spanning >2600 m to ~ 5 m beneath the oceans’ surface (a & b). The Axial Base Deep Profiler (DP) Mooring has been operational for >17 months, completing two profiles a day from ~2650 m to 127 m (b). Since August 2019, DP vehicle measurements overlap with those made by instruments on the Shallow Profiler Mooring, which conducts nine profiles a day (a): since 2015, the three Shallow Profiler science pods have conducted >40,000 profiles. The high-resolution temperature measurements delineate fine scale structure both in shallow waters and below 1000 m water depth (c&d) marked by regular vertical striations . These perturbations may result from the vertical advection of the temperature field by passing semidiurnal internal tides (D. Luther, pers. com). Some modulations may be wind-driven inertial waves. Examination of dissolved oxygen concentrations during this same time period are not consistent with drawdown caused vehicle movement. Additional analyses are required, however, to unequivocally determine the processes responsible for these perturbations. A Jupyter notebook on the UW interactiveoceans data portal is now developed to analyze MODIS satellite data (chlorophyll) with measurements being made by instruments on the Shallow Profiler mooring (interactive oceans.washington.edu). 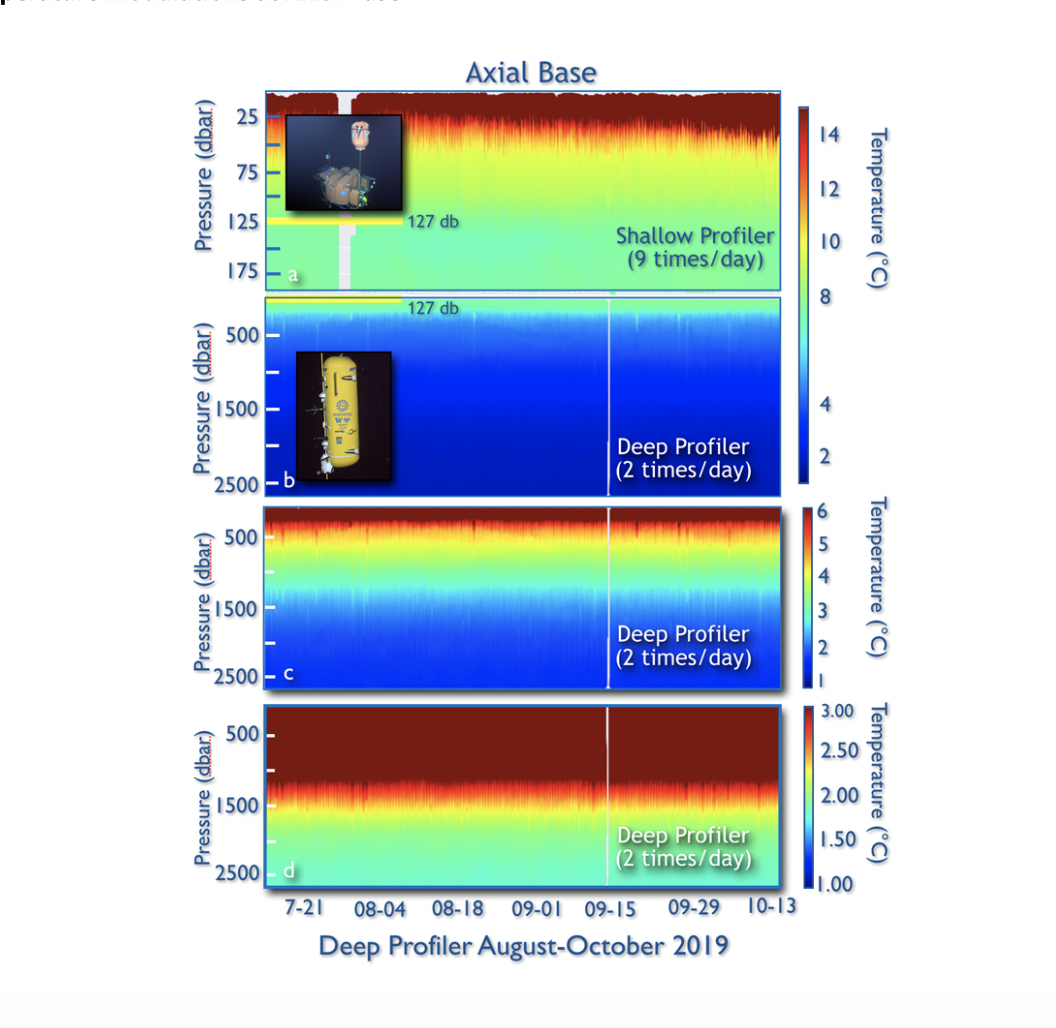