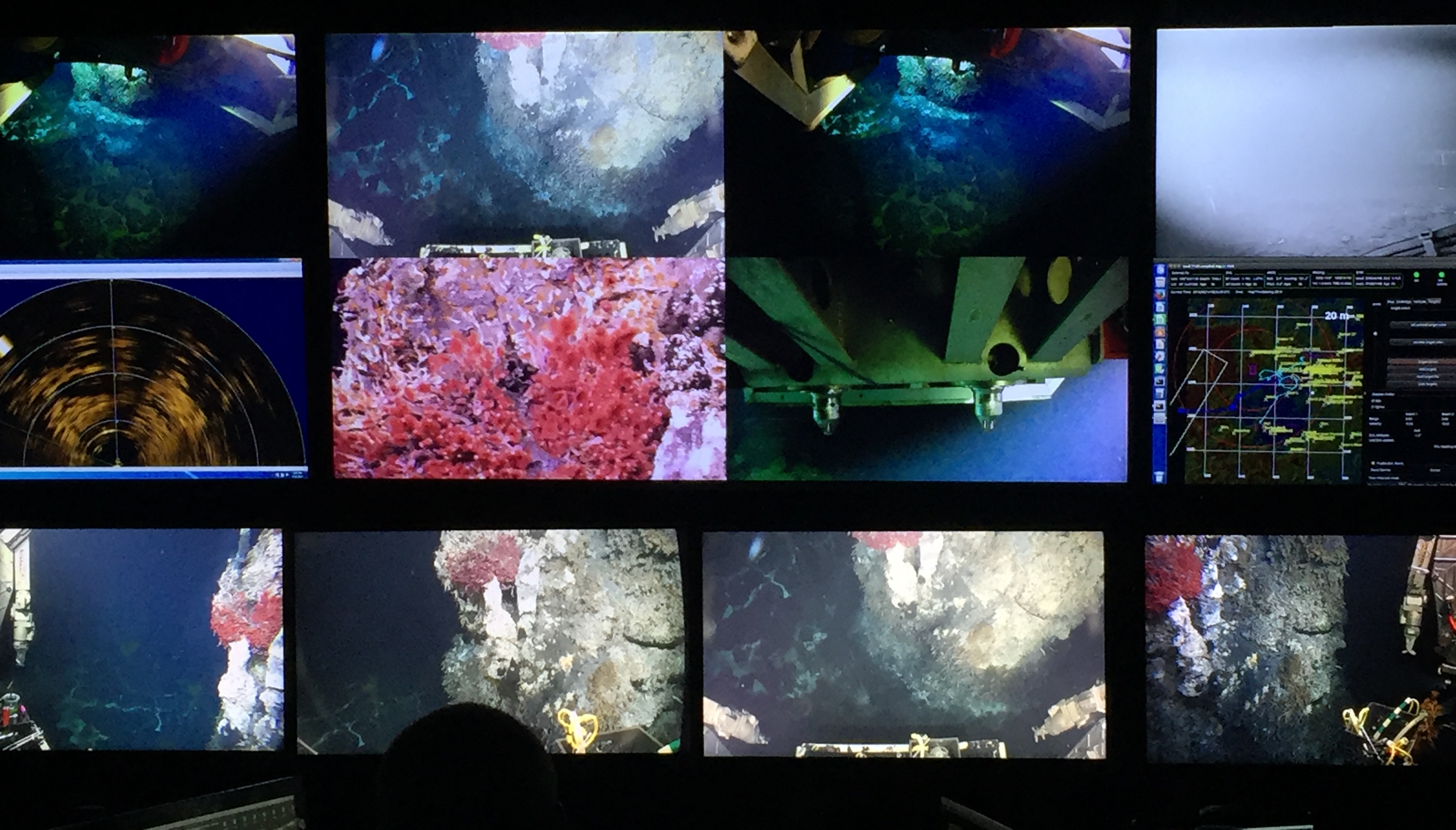 From inside the Jason control van, images of the active >270°C hydrothermal edifice “Inferno” showing a beautiful tubeworm bush – the bright red plumes indicate that these worms are “happy and healthy”. UW/NSF-OOI/WHOI: V19. 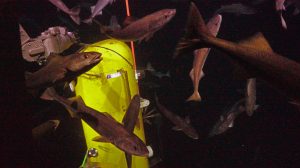 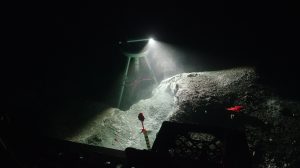 A newly installed 4K camera provided by the University of Bremen, lights up a methane seep site at Southern Hydrate Ridge. The camera sends images of this dynamic habitat hourly back to shore. Seepage of fluids supports white bacterial mats and the pit is home to orange rock fish. Credit: UW/NSF-OOI/WHOI; V19.