Sound is omnipresent in the ocean. Human-induced noise has the potential to affect marine life.

After the global recession in 2008, the ocean became quieter as shipping declined. Off the coast of Southern California, for example, scientists at Scripps Institution of Oceanography found that noise amplitudes measured from 2007-2010 were lowered by 70 percent with a reduction in one ship contributing about 10 percent.

A similar quieting of the ocean can be expected as global ship traffic continues its decline in response to the corona virus pandemic. This quieter ocean offers scientists ways to expand their ongoing research on ocean sound and its impact on marine life. 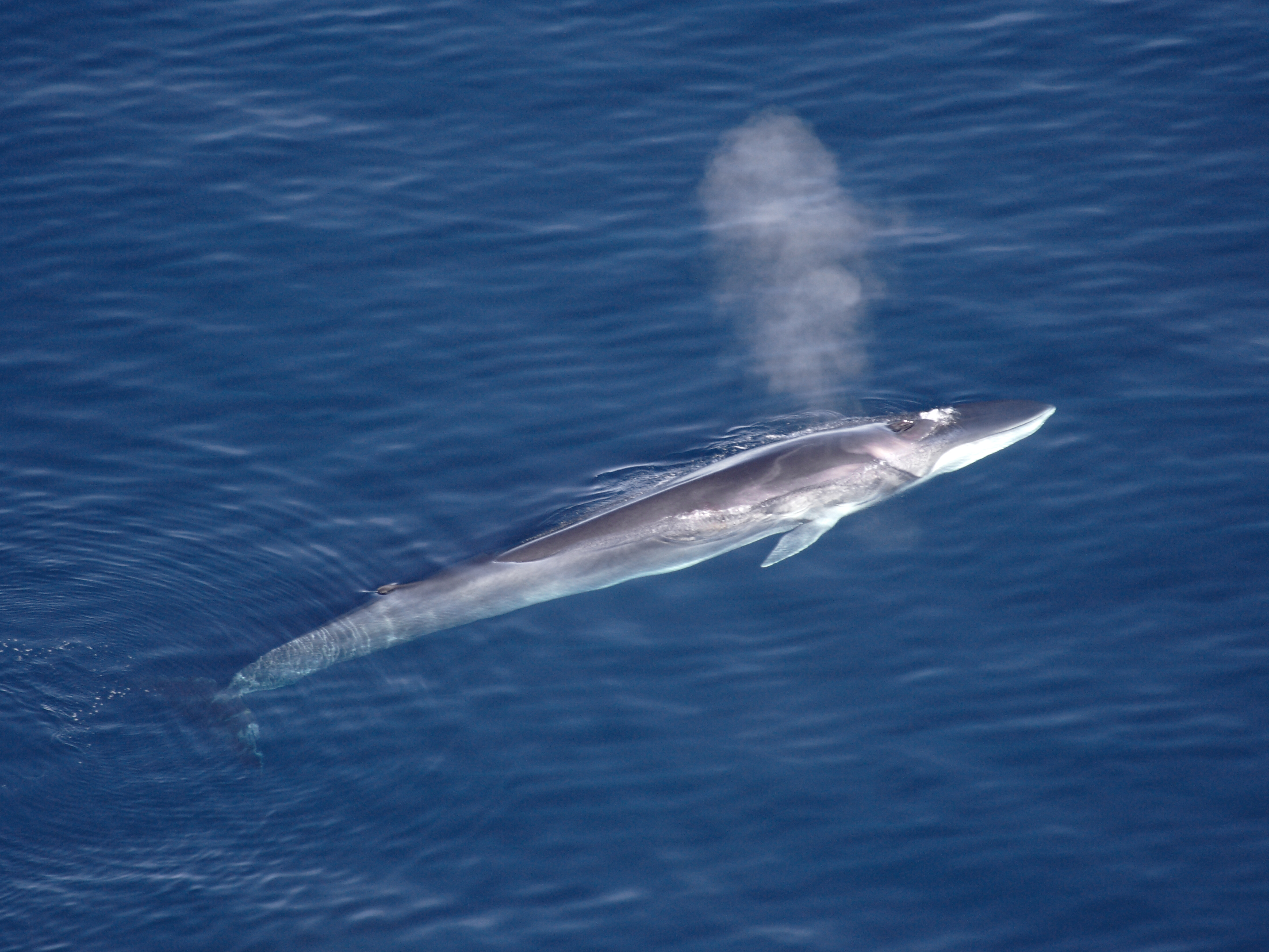 “It takes time to document real change in the ocean, but University of Washington oceanographers have reported that over the past decade, fin whales have been communicating more softly in the Pacific,“ said Deborah Kelley, professor of oceanography at the University of Washington and director of the OOI’s Regional Cabled Array (RCA) component. “A quieter ocean allows us to hear more clearly life and other natural processes within the ocean.”

Years of listening to whales

John Ryan, a biological oceanographer at the Monterey Bay Aquarium Research Institute (MBARI), has been “listening in” on whales and other marine creatures since 2015 using a hydrophone on the Monterey Accelerated Research System (MARS), a cabled observatory, which was in part established as a test bed for the OOI Regional Cabled Array. Ryan and colleagues studied the occurrence of humpback whale (Megaptera novaeangliae) song in the northeast Pacific using three years of continuous recordings off the coast of central California. 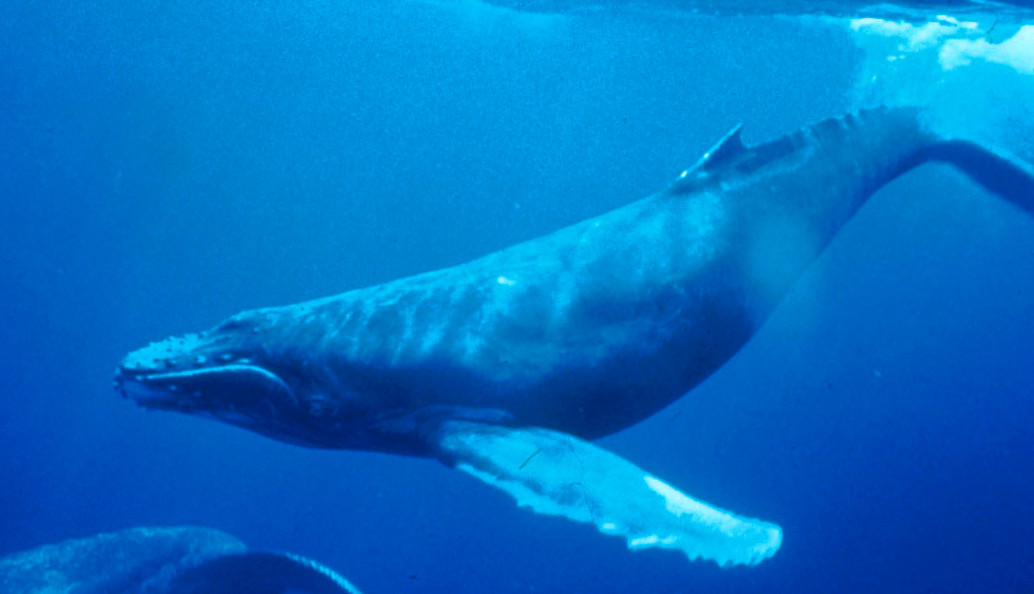 “We’ve been listening almost continuously since July 28, 2015, using a broadband, digital, omnidirectional hydrophone connected to MARS. Listening continuously for that long at such a high sample rate is not easy; only by being connected to the cable is this possible,” explained Ryan.

The researchers were able to discern whale songs from the busy ocean soundscape in Monterey Bay National Marine Sanctuary, which is a feeding and migratory habitat for humpback whales. The humpbacks’ song was detectable for nine months of the year (September–May) and peaked during the winter months of November through January. The study revealed strong relationships between year-to-year changes in the levels of song occurrence and ecosystem conditions that influence foraging ecology. The lowest song occurrence coincided with anomalous warm ocean temperatures, low abundances of krill – a primary food resource for humpback whales, and an extremely toxic harmful algal bloom that affected whales and other marine mammals in the region. Song occurrence increased with increasingly favorable foraging conditions in subsequent years.

Because the hydrophone is on the cabled observatory, its operation can be adjusted to achieve new goals.  For example, the sampling rate of the hydrophone was doubled during an experiment that successfully detected very high frequency echolocation clicks of dwarf sperm whales (with Karlina Merkens, National Oceanic and Atmospheric Administration).  “And that’s a beautiful aspect of being on the cable,” added Ryan. “Not only do we know that it is working, we catch any network glitches pretty quickly so we don’t lose data, and we can do real-time experiments like these.”

William Wilcock of the University of Washington and his students have compiled a decade worth of data on fin whales in the northern Pacific. Fin whales call at about 20 HZ, which is too low of a frequency for humans to hear, but perfect for seismometers to record. The researchers aggregated ten years of data from both temporary recorders and now permanent RCA hydrophones and seismic sensors and looked at the frequency of the calls and calling intervals. The researchers found both have changed over time.

The fin whales call seasonally and the frequency of the calls has gone down with time.

Calls peak in late fall, early winter in relation to mating season. Gradually through the season the frequency decreases.  At the start of the next season, the call frequency jumps up again, but not quite to where it was the year before. Over ten years, the frequency has gone down about 2 HZ, and scientists are puzzled as to why this is occurring. It is unlikely to be due to increasing ship noise, because this lower sound frequency is getting closer to the range of the noise level of container ship propellers, about 6-10 HZ.

In some settings, ship noise is known to affect whale behavior and the permanent network of hydrophones operated by the OOI and Ocean Networks Canada will provide an opportunity to study whether whales are avoiding the shipping lanes to Asia.

Volcanoes also rumble in the deep

Whale sounds are but one of many acoustic signals being recorded and monitored using hydrophones and broadband seismometers. The OOI’s RCA off the Oregon Coast includes 900 kilometers (~560 miles) of submarine fiber-optic cables that provide unprecedented power, bandwidth, and communication to seafloor instrumentation and profiler moorings that span water depths of 2900 m to 5 m beneath the ocean surface. Using a suite of instruments connected to the cable, which continuously stream data in real time, scientists are listening in on the sounds of submarine volcanism, which accounts for more than 80 percent of all volcanism on Earth.

More than 300 miles off the Oregon coast in 1500 meters of water, 20+ cabled seafloor instruments are located at the summit of Axial Seamount, the most active volcano on the Juan de Fuca Ridge, including hydrophones and seismometers, which can also record sounds in the ocean.

“Scientists were able to hear(as acoustic noises traveling through the crust) >8000 earthquakes that marked the start of the Axial eruption in 2015. Coincident with this seismic crisis bottom pressure tilt instruments showed that the seafloor fell about 2.4 meters (~8 feet).

It was a remarkable collaborative event with scientists from across the country witnessing the eruption unfold live,” added Kelley. Such real-time documenting of an eruption in process was possible because of how Axial is wired. It is the only place in the oceans where numerous processes taking place prior to, during, and following a submarine eruption are captured live through data streaming 24/7. William Wilcock, University of Washington, and Scott Nooner, University of North Carolina, Wilmington, and colleagues reported these findings in Science, 2016.

Data collected from the hydrophones at the seamount’s base supported another discovery about Axial, indicating that it explosively erupted in 2015. Hydrophones recorded long-duration diffusive signals traveling through the ocean water consistent with explosion of gas-rich lavas, similar to Hawaiian style fissure eruptions.  Follow-on cruises documented ash on some RCA instruments, again indicating the likelihood of explosive events during the 2015 eruption.

“Having the opportunity to listen in while a submarine volcano is active offers a really interesting window into things,” said Jackie Caplan-Auerbach, associate dean at Western Washington University and lead author of a G-cubed article that reported the possible eruptive findings. “While we cannot say with utter certainty that there were explosions at Axial, there’s a lot of evidence that supports this. We know from having listened to other eruptions that this was the same type of sound. It’s distinct, like the hissing sound of a garden hose on at top speed. We also found these really fine particulates, which could only have resulted from an eruption, had collected on one of the instruments at the site.”

Added Caplan-Auerbach, “My favorite part of having OOI is it offers an ability for pure discovery. Its real time nature makes it possible to observe and see what happens.  And sometimes the planet just hands you a gift that you didn’t expect.  Not always being hypothesis driven is a very valuable aspect of science that I hope does not get lost. I’m very appreciative of projects like this that open our eyes into signals that we didn’t know were there.”

More opportunities to expand knowledge about sound and the sea are on the horizon.  The US. Navy has funded Shima Abadi, University of Washington, Bothell, for a comprehensive study of sounds recorded by the OOI hydrophones.  Stay tuned!