The Endurance Array 13 Team had remarkably fair weather, blue skies, and pleasant sailing conditions during their 13-day expedition to recover and deploy equipment at the Array in the northeast Pacific Ocean. The weather was remarkable in that the team is usually in the northern Pacific during the spring and the fall, when the seas are not so forgiving and even in summer strong northerly winds can restrict operations. Because of COVID-19 restrictions this year, the Endurance Array spring and fall cruises were combined into this July cruise. 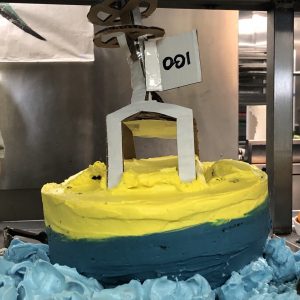 According to Ed Dever, who leads the Coastal Endurance Array team, the only thing better than the weather was the excellent support from both the University of Washington’s R/V Thomas G. Thompson crew and the National Oceanic and Atmospheric Administration (NOAA) Marine Operations Center – Pacific (MOC-P) staff.  “Their support started in April after the cancellation of the planned spring Endurance cruise. Over the course of the next two months, Project Manager and Chief Scientist Jon Fram worked with UW and NOAA to schedule and implement this cruise with very little advance notice and a constantly evolving COVID-19 situation. COVID-19 mitigation measures included testing and a 14-day quarantine for the crew and science party and socially distanced procedures for access to the NOAA MOC-P pier and for loading and unloading the ship. Thanks to the cooperative, can-do spirit of all involved, everything went well at the pier and at sea.”

The team left Newport, Oregon aboard the R/V Thomas G. Thompson on 3 July, returning to port twice to offload recovered equipment and to pick up equipment to be deployed.  Thirty-four people were onboard the Thompson—11 from OOI, two marine technicians, and 21 members of the ship’s crew.

Like the good weather and smooth seas, the expedition went smoothly, with the exception of one profiler not being recovered and one glider that had to be recovered shortly after deployment.  Over the course of the 13 days at sea, the team replaced eight moorings and deployed two additional nearshore profilers. These range in size from 400-pound profilers attached to 700-pound anchors to 8,000-pound buoys with 11,000-pound multi-function nodes, which are at the base of surface moorings, serving as anchors as well as platforms to affix instruments.

The team also successfully deployed three gliders that are collecting data throughout the water column as they transect across the continental shelf. The scientific party also conducted 14 CTD casts, which provide a number of useful measurements.  The CTDs measure conductivity, temperature, and depth that can be used to calculate salinity and density. These CTD casts also included instruments that measure dissolved oxygen, chlorophyll, and suspended particle concentration. The CTD frame also had a rosette of collections bottles, which are used to sample water at the depths of the deployed instruments. The casts and bottle samples are then used to check the calibration of the deployed instruments.

With the longer-than-normal time in the water, the recovered equipment was more bio-fouled than during previous expeditions.  But, there was some good news here in that the team found that the ultraviolet anti-fouling lights on the spectral irradiance (SPKIR) and dissolved oxygen (DOSTA) sensors kept the sensors clear and functional after nine months in the water.

The northern Pacific was alive with life as the team labored aboard the Thompson. The team and crew sighted orcas, mola molas, humpback whales, sharks, Pacific white-sided dolphins and a large red plankton bloom.  During the journey, the team also conducted a virtual tour of the ship for Oregon State University for students participating in this year’s virtual Research Experience for Undergraduate program and Chief Scientist Jonathan Fram was interviewed by AltaSea in front of a live audience.

The 13 days at sea turned out to be a lucky 13, as evidenced in the pictures below: 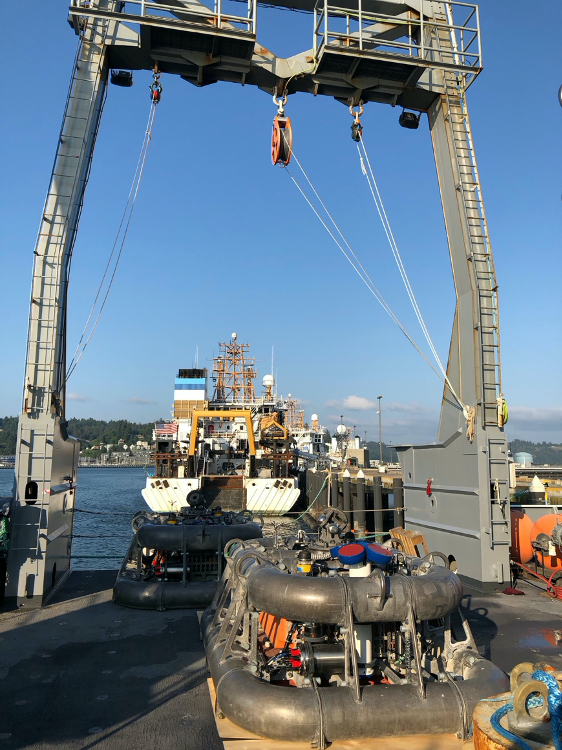 After a three-month delay to respond to COVID-19, the OOI Endurance cruise prepares to leave Newport, OR, aboard the University of Washington’s R/V Thomas G. Thompson at the NOAA Marine Operations Center-Pacific. Two instrumented bottom landers (multifunction nodes in OOI speak) are visible under the Thompson‘s A-frame. To the stern of the Thompson is NOAA’s ship Oscar Dyson. Credit: Ed Dever, University of Oregon 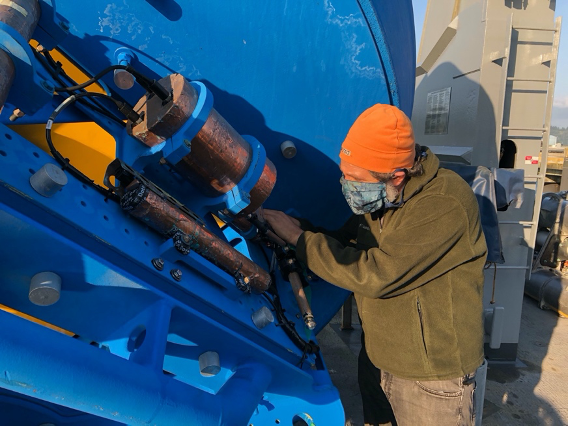 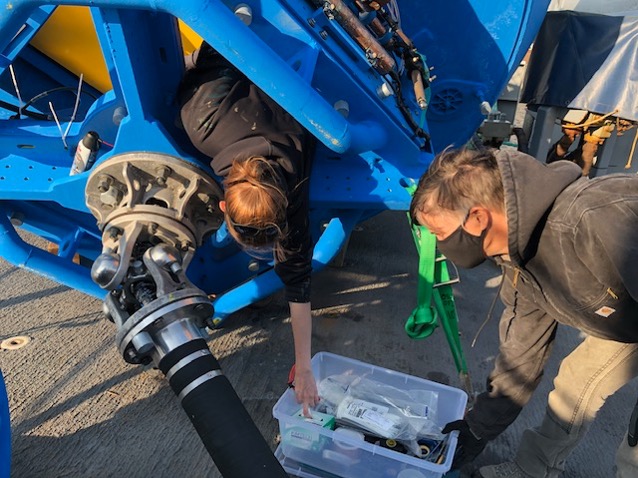 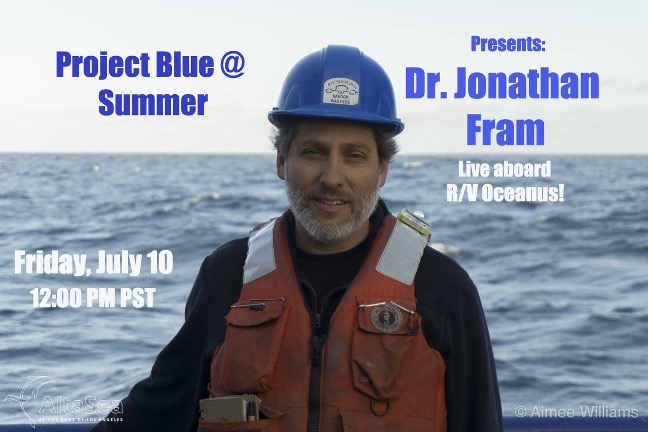 Endurance 13 Chief Scientist Jon Fram was interviewed before a live audience by AltaSea when he was aboard the R/V Thomas G. Thompson. Credit: AtlaSea and Aimee Wlliams 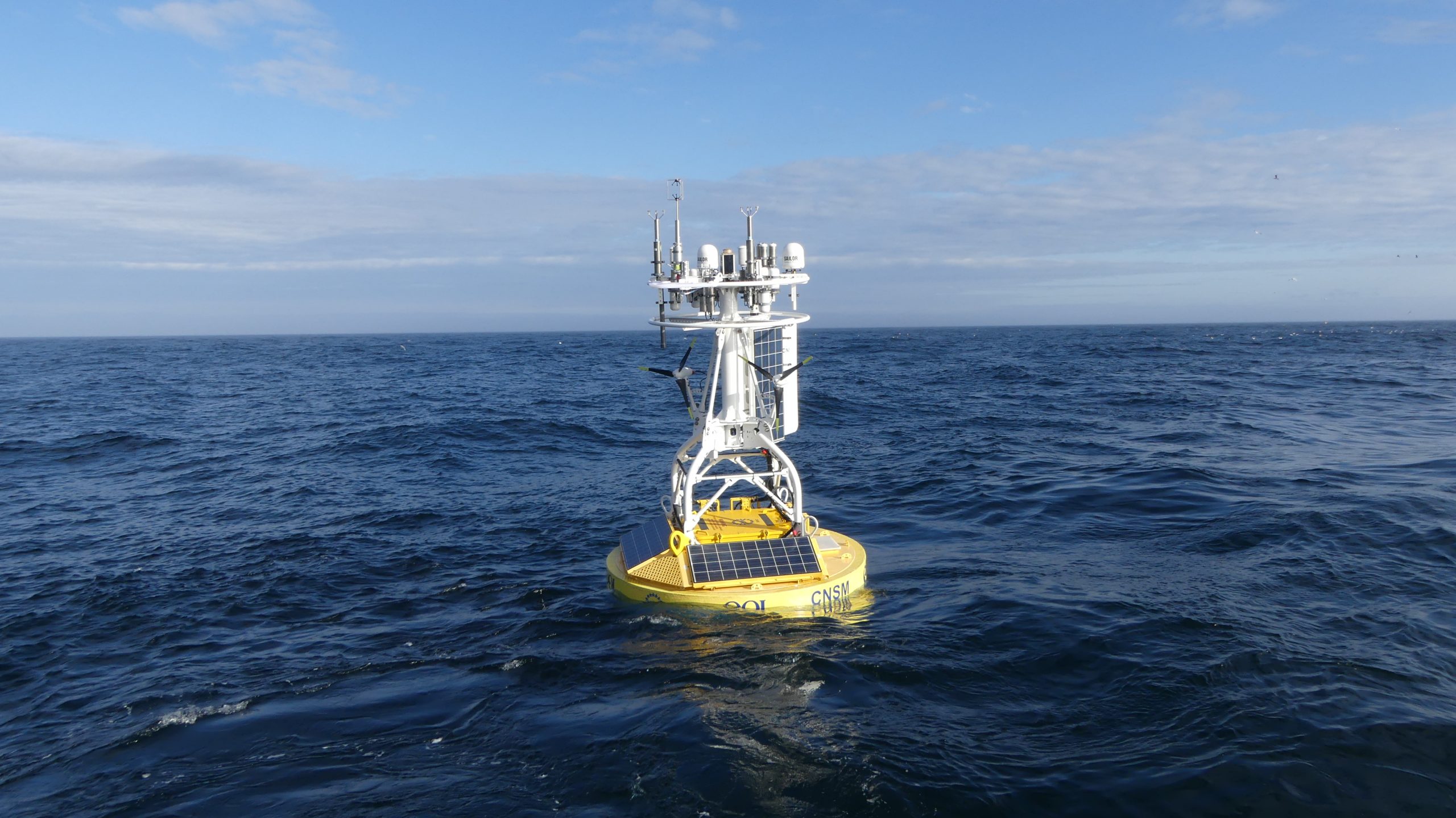 The Endurance 13 Array team recovered this surface mooring during its expedition. The wind turbine on the left went missing in a January storm. The turbine on the right was missing two blades. The left solar panel was battered by sea lion. Yet, amazingly the buoy kept relaying data in spite of being battered by the elements! Credit: Jon Fram, Oregon State University

After 13 days at sea, the R/V Thomas G. Thompson returned to Newport, Oregon on 16 July. Only after the final equipment of the third leg was offloaded could the crew and scientific party disembark to be reunited with family and friends after nearly a month apart. Credit: Sue Zemliak, Otter Rock, Oregon