Twelve students from Paige Teves’ fourth-grade class virtually boarded the R/V Neil Armstrong via Zoom in early August to learn what it’s like to be at sea transporting lots of ocean observing equipment in and out of the water for a month. The connection was made through John Lund, an engineer at Woods Hole Oceanographic Institution and chief scientist for the eighth turn of the OOI’s Global Irminger Sea Array. John’s daughter, Annika, is a student in Ms. Teve’s class in the Summer Adventures in Learning (SAIL) program, a summer education program in Marion, MA for students in pre-kindergarten through 8th grade.

The Irminger Sea Array 8 team took turns holding up the “Zoom phone” to share their experiences with the students and the implications of their work in helping better understand the ocean and its role in the changing climate. The Irminger sea Array 8 team took the opportunity to showcase the different roles and genders involved in the work onboard the ship to demonstrate to the students the many possibilities in STEM careers.

Chief Scientist John Lund initiated the visit by explaining what the project was about (gathering real-time ocean data in one of the most important and difficult to sample regions in the Atlantic Ocean ), where they were (in the Atlantic off the Southeast coast of Greenland) and what they were doing (recovering and deploying ocean observing equipment). 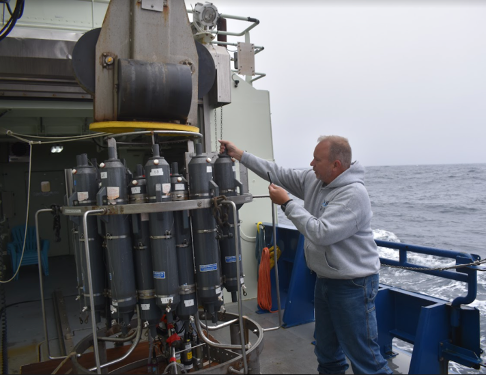 Chief Scientist John Lund showed off the CTD rosette, which is used to measure the temperature, conductivity, and density of seawater.  He had the bonus of seeing his daughter via the Zoom call, who was a participant in the SAIL program. Credit: ©WHOI, Andrew Reed.

Engineer and Instrumentation Lead Jennifer Batryn explained her role working with the instruments.  She took them on a virtual tour of one of the surface moorings, pointing out the different instruments and explaining what the measure. 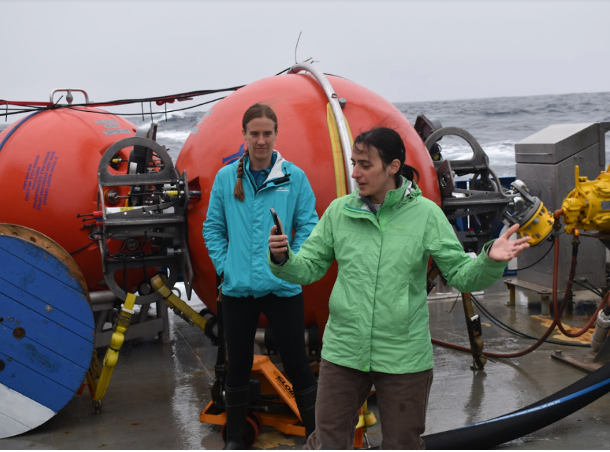 Engineers Jennifer Batryn (in back) and Stephanie Petillo (on phone) took turns talking about the equipment they are responsible for aboard the R/V Neil Armstrong. Credit: ©WHOI, Andrew Reed.

Senior Oceanographic Engineer, Software Architect & Manager, Oceanographic Roboticist and Technologist Stephanie Petillo explained her role as software lead and how the data are collected and relayed back to shore for the engineers and scientists, both to operate the array and to study the data.

The students peppered each of the presenters with great questions, demonstrating their curiosity and engagement.

Teacher Paige Teves summed up the experience, saying: “What an awesome experience we had today! It was so cool for everyone, including myself, to see everything we have learned in our summer session about climate change come together by listening to scientists and engineers share what they do.”

Added Chief Scientist Lund, “We are glad the kids enjoyed the experience and hope some of them will be inspired to pursue the fields of science and engineering.”

The SAIL program is sponsored by the Old Rochester Regional School District and Superintendency Union #55.  The school district includes the towns of Marion, Marion, Mattapoisett, and Rochester in Plymouth County, Massachusetts. 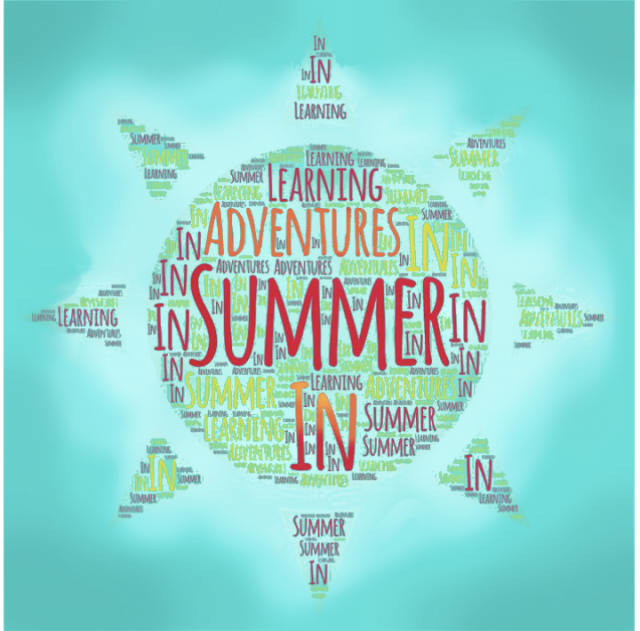