This summer has been a busy time for OOI’s teams, who are actively engaged in ensuring that OOI’s arrays continue to provide data 24/7. Teams are turning – recovering and deploying – three arrays during July and August. The first expedition occurred earlier in July when a scientific and engineering team spent 16 days in the Northeast Pacific recovering and deploying ocean observing equipment at the Global Station Papa Array. The team recovered three subsurface moorings and deployed three new ones. They also deployed one open ocean glider, recovered one profiling glider, and conducted 11 CTD casts (which measure conductivity, temperature, and depth) to calibrate and validate the instruments on the array.  After completing this eighth turn of the Station Papa Array, the team returned to Woods Hole Oceanographic Institution by way of Seward, Alaska on the second of August.

On 30 July, the Regional Cabled Array team embarked on the first of four legs of its 37-day Operations and Maintenance Cruise aboard the R/V Thomas G. Thompson. The ship, operated by the University of Washington, is hosting the remotely operated vehicle (ROV) Jason, operated by Woods Hole Oceanographic Institution (WHOI). During the cruise, Jason will be used to deploy and recover a diverse array of more than 200 instruments from the active Pacific seafloor. The science, engineering, and ROV teams will be joined this year by 19 students sailing as part of the University of Washington’s educational mission (VISIONS’21). A live video feed of the ship’s operations and Jason dives is available for the duration of the cruises.

The Regional Cabled Array team expects to share imagery as spectacular as this during its upcoming cruise. Shown here is the El Guapo hot spring, covered in life venting boiling fluids 4500 feet beneath the oceans surface. Credit: UW/NSF-OOI/CSSF; V11.

On 3 August, a team from WHOI boarded the R/V Armstrong for a weeklong transit to recover and deploy the Global Irminger Sea Array, off the Southeast coast of Greenland. The array is located in one of the most important ocean regions in the northern hemisphere and provides data for scientists to better understand ocean convection and circulation, which have significant climate implications.  A science and engineering team will be deploying and recovering a global surface mooring, a global hybrid profiler mooring, two global flanking moorings, and three gliders (two open ocean and one profiling) during the three-week expedition. The team will also carry out shipboard sampling and CTD casts to support the calibration and validation of platform sensors while underway.  A novel aspect of this cruise is that near real-time CTD profiles will be made publicly available during the cruise. The profiles will be evaluated by onshore staff, who will provide feedback to the ship, and share online assessment of CTD results.

“This summer’s at-sea activities are the culmination of months of planning, testing, and logistical work that goes on behind the scenes to make these expeditions possible,” said John Trowbridge, OOI’s Principal Investigator and head of the Program Management Office. “A tremendous amount of human effort and ingenuity is required to keep the arrays operational year-round, particularly in some of the ocean’s most challenging environments like the Irminger Sea and on the seafloor at Axial Seamount. The data collected, however, are essential, providing scientists with the tools needed to understand our changing ocean.”

The progress of the expeditions will be reported on these pages and on OOI’s social media channels. 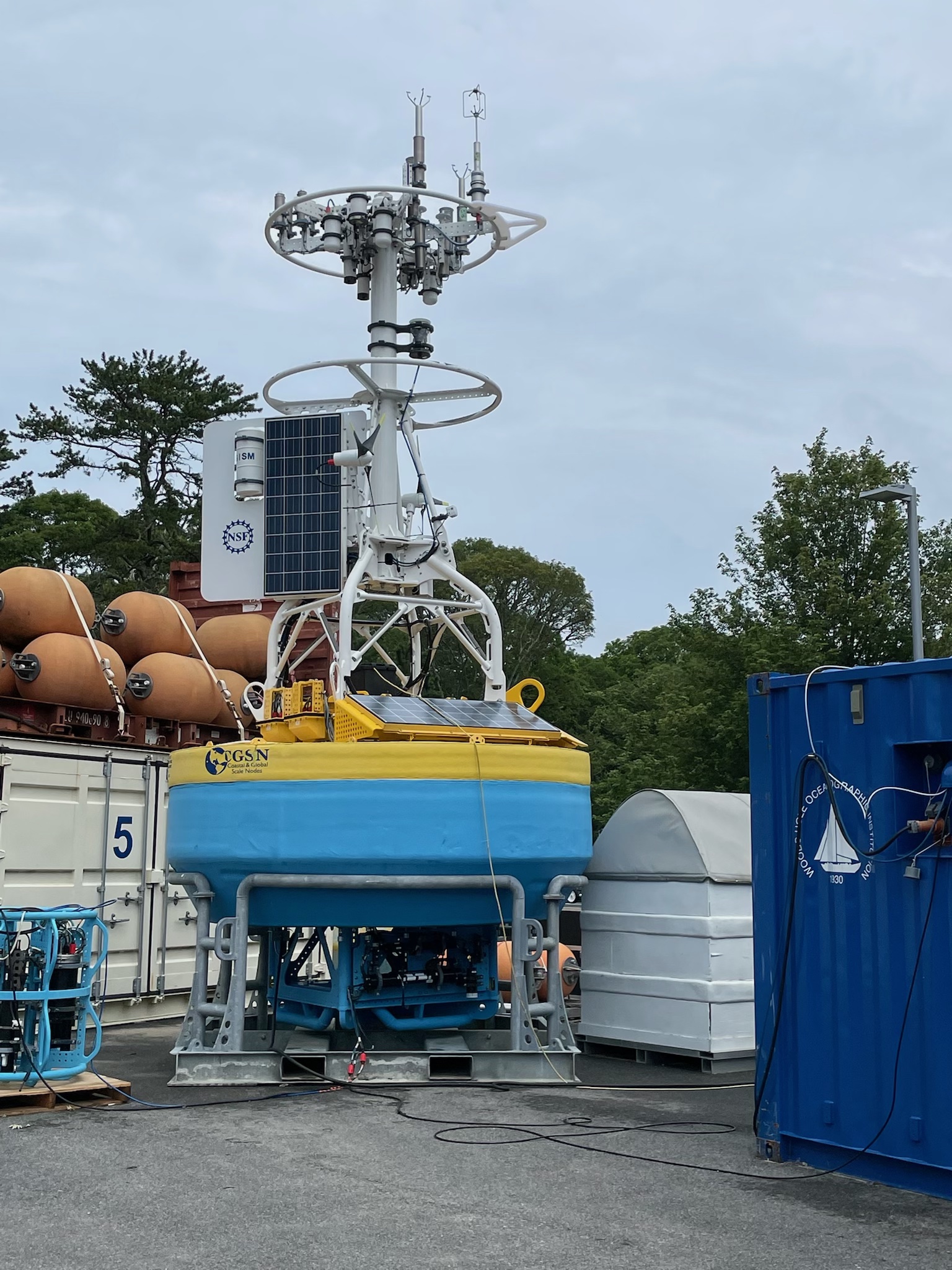