Last fall, the Coastal Endurance team conducted an initial test run of a Slocum G3 glider to determine its capabilities and operational differences to the G2 glider, currently used by the Endurance and Coastal & Global Scale Nodes (CGSN) teams.  The test was prompted by glider vendor Teledyne’s announcement that it would no longer support the G2 glider past 2023.

Both the Endurance and CGSN teams have since expanded testing. The Endurance team recently completed a two-month deployment of a G3 glider, with plans to deploy another later this summer. The CGSN team, which operates the Pioneer and two global arrays, is testing three G3 gliders. One is being tested for use as a coastal glider at the Pioneer Array and the other two are being configured for the Irminger Sea and Station Papa global sites.

“Recent testing at the Pioneer Array was really valuable for us,” said Peter Brickley, CGSN Observatory Operations Lead. “We got a chance to see that our missions were workable, we found and made the changes that were needed, and we were also able to get a better estimate of how much energy these things were going to use.” 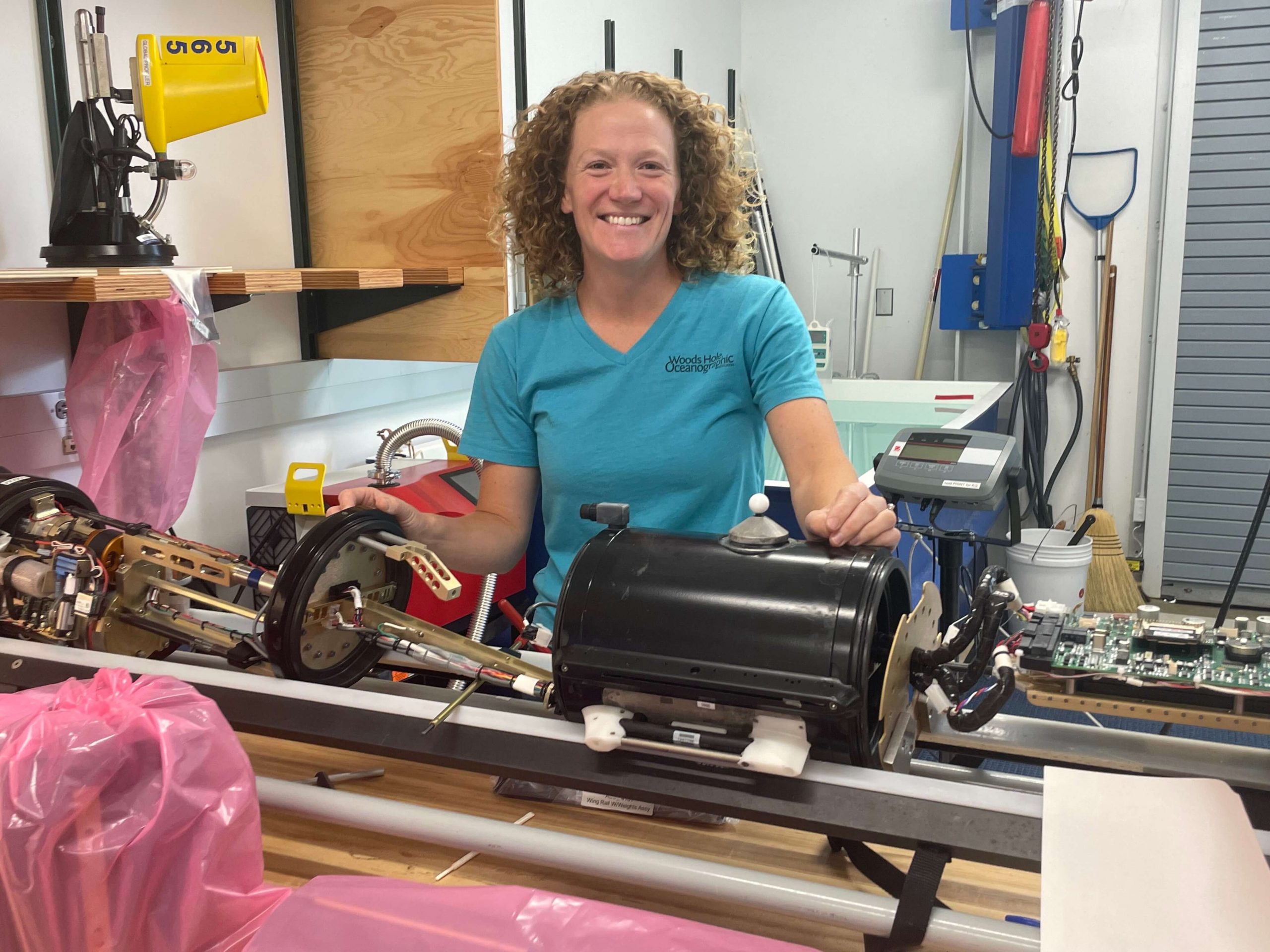 Diana Wickman of the CGSN team at Woods Hole Oceanographic Institution is responsible for keeping the CGSN gliders operational.  Here she has stripped the exterior of the glider to ensure that all internal parts are functional.  Once refurbished, the gliders are tested in a water tank before being deployed at sea. Credit: Jade Lin ©WHOI.
The G3 gliders use more power than the G2 gliders, so the logistics of when and where they are deployed will require some adjustments. When powered by primary lithium batteries, for example, the G2 gliders can be deployed for about 90 days. The initial tests of the G3 gliders showed they could last in the water for around 75 days using primary lithium batteries. For trial runs using rechargeable batteries, the time in the water for the G3 gliders was reduced to about 30 days.

OOI is working with the vendor to evaluate operational alternatives to extend the operating window of the G3 gliders.

G3 gliders also come equipped with larger volume buoyancy pumps than the G2 models in response to users’ feedback. “The gliders rise and fall in the water column by changing their volume and therefore density,” explained Pearce. “The new gliders have 800-1000 cubic centimeters of fluid volume to rise and dive with, compared to the 500 cubic centimeters of volume in the G2 gliders. This means that the G3 gliders can climb and dive in a greater buoyancy range.” One option being explored is whether power consumption can be reduced by adjusting the volume of the reservoir fluid needed to make the glider rise and fall.

The new G3 gliders incorporate some changes that address feedback from OOI and other users who have operated G2 gliders. “If you put anything in the ocean and use it as much as we do, you will find things that unexpectedly fail,” said Peter Brickley, CGSN Observatory Operations Lead. “We’ve been operating gliders since 2013, so we have lots of experience. In the early days, for example, we had a lot of problems with the digifin, the steering rudder that’s on the back of the vehicle. We worked closely with Teledyne to document and study this issue and they ultimately made needed improvements.” Other issues have been similarly addressed over the years.

Integrating the new G3 gliders into its Global Arrays may offer greater reliability as older G2 models are phased out. Diana Wickman, Senior Engineering Assistant II at Woods Hole Oceanographic Institution who keeps the CGSN gliders operational, explained “We need the equipment to work really well, and it needs to work for the entire year. At Pioneer, if we have problems, we can replace vehicles that are struggling with vehicles that we can refurbish in-house, but we simply can’t do that at the global sites.”

For now, the teams will continue with testing to make sure the new gliders will work for OOI’s purpose of long-term ocean monitoring. 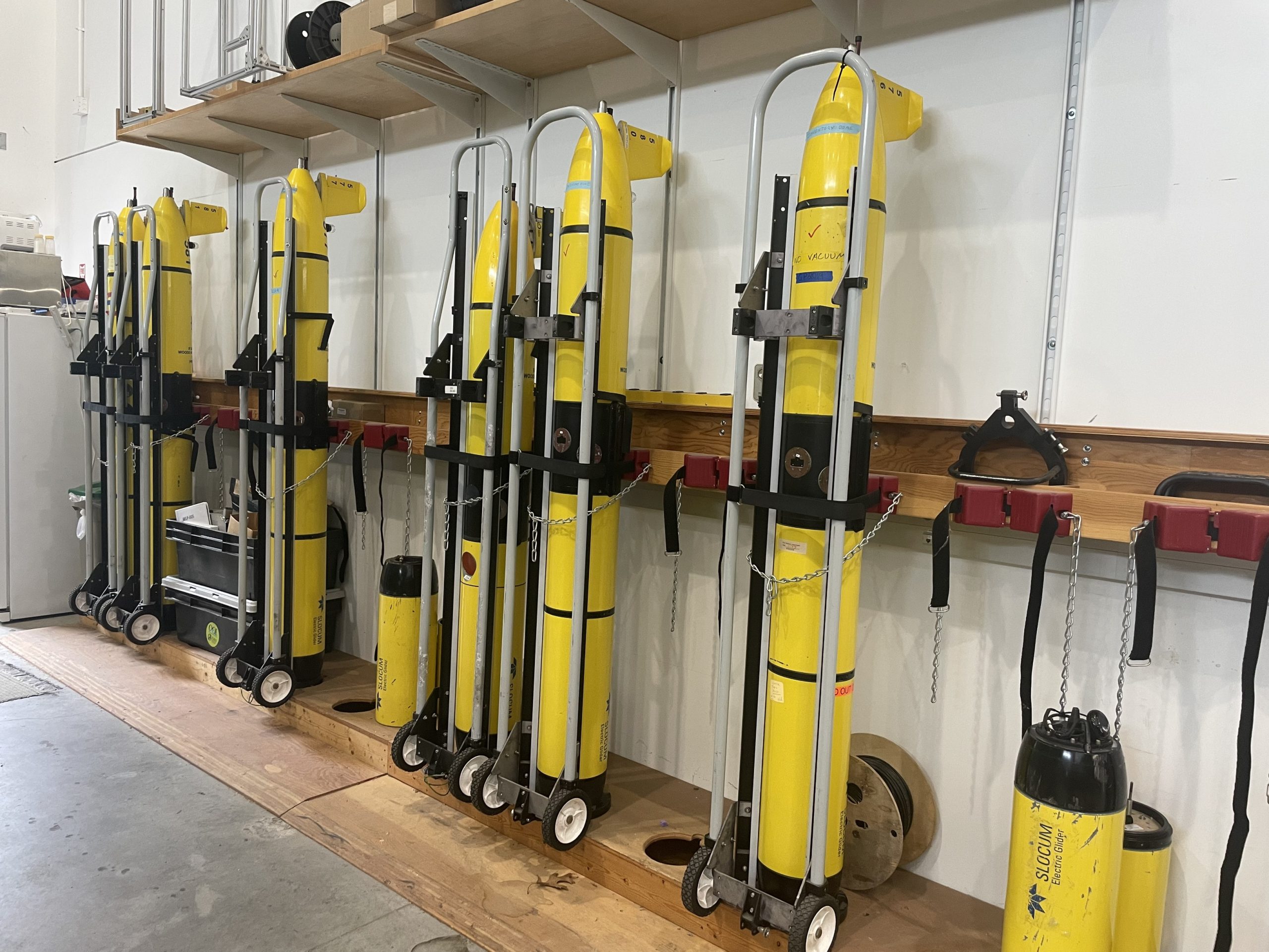 Gliders are the workhorses of the Coastal and Global uncabled arrays, providing valuable measurements in the water column between moorings. Credit: Jade Lin ©WHOI.