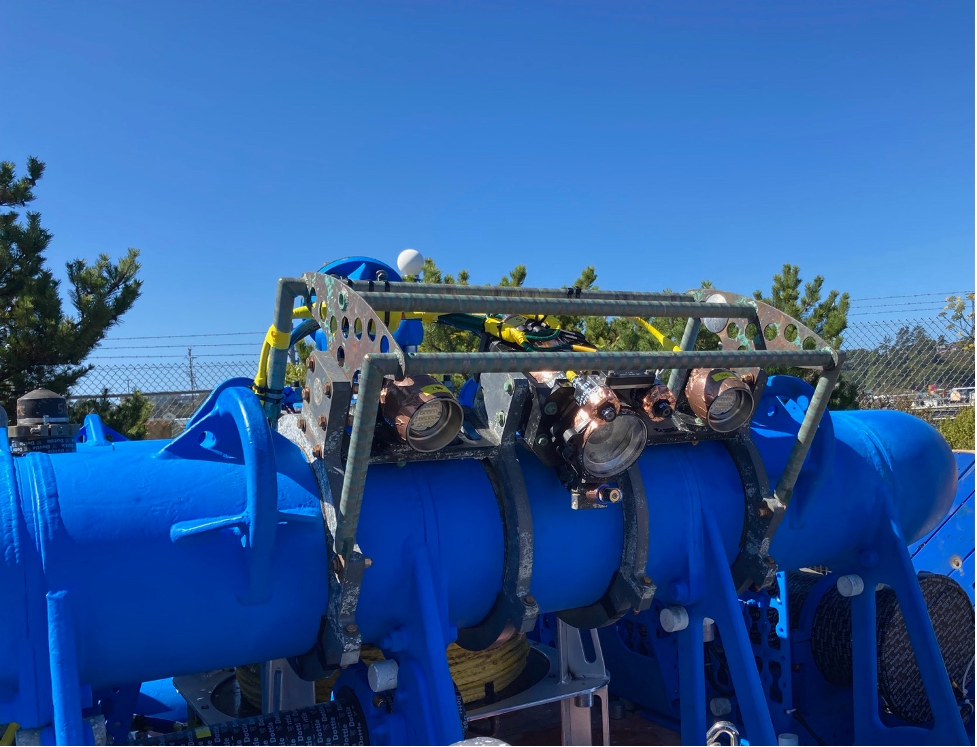 The innovation came in multiple steps. Holm first tried to salvage the camera’s hardware and reprogram the camera with new software. He hit a snag, however, in that the motherboard that controlled the camera was no longer supported.

Since it didn’t make sense to rebuild the camera using an out-of-date motherboard, Holm looked into finding a new camera on the market.  It had to be suitable for use underwater, with the capability to go into a low-power mode. “What is really needed for low-light conditions underwater is a camera with a large physical sensor, but with fewer megapixels,” explained Holm.

“Since the moorings run on battery power, the cameras need to be able to go into a very low-power sleep state in between taking photos,” said Holm. “If the sleep current is high, the deployment life is low. So, we were trying to find an off-the-shelf solution for a way to go into low power.”

After some searching, Holm obtained a Raspberry Pi High Quality Camera. Although the Raspberry Pi doesn’t come with native power management capabilities, Holm found he could use Sleepy Pi, an add-on-board from Spell Foundry that can power the Raspberry Pi on and off.

For its launch, the camera is programmed to autonomously take a burst of three images every four hours. The system can also take photos when triggered by a Data Concentration Logger (DCL) and can be partially configured remotely.  Future iterations will be fully configurable remotely via the DCL.

The final touch to this first iteration was figuring out how to turn the lights and lasers on and off. Holm used a relay board from Waveshare Electronics to power the original systems lights and lasers.  The lights adjust their brightness depending on the voltage being sent through a signal line which is controlled by the GPIO pins of the Raspberry Pi.

Altogether, the system is very suitable for the Endurance Array’s needs and is an extremely cost-effective, off-the-shelf solution. The cameras also can be easily swapped out if the Endurance team decides to upgrade the cameras.

Since this newly configured camera was put in place in early September, Holm said, it has been performing flawlessly, with the auto-exposure working well. Since this mooring uses a cell modem to transmit data, the team has been able to see the photos the camera is taking in near real-time. Once the formal approval process for the camera’s integration and use across the OOI is completed, Holm will be building more camera systems for the Endurance Array to deploy on the offshore and shelf moorings during the spring.

Since the cameras and its settings can be upgraded and/or optimized for different use cases, depending on what an investigator is interested in (such as marine snow or benthic organisms), Holm would like to hear from scientists about what they’d like the camera to focus on. He created a survey for data users interested in the underwater cameras.

“It would be very helpful to know what kind of data would be most useful to scientists using the system,” he said.

For those interested in seeing underwater, please complete the survey here.

The Endurance Array team has the capability to adjust the settings of the underwater cameras based on researchers’ interests.  In addition, some post-processing tools could be developed to sort images or extract useful information from them.  Photo: Chris Holm, OSU.