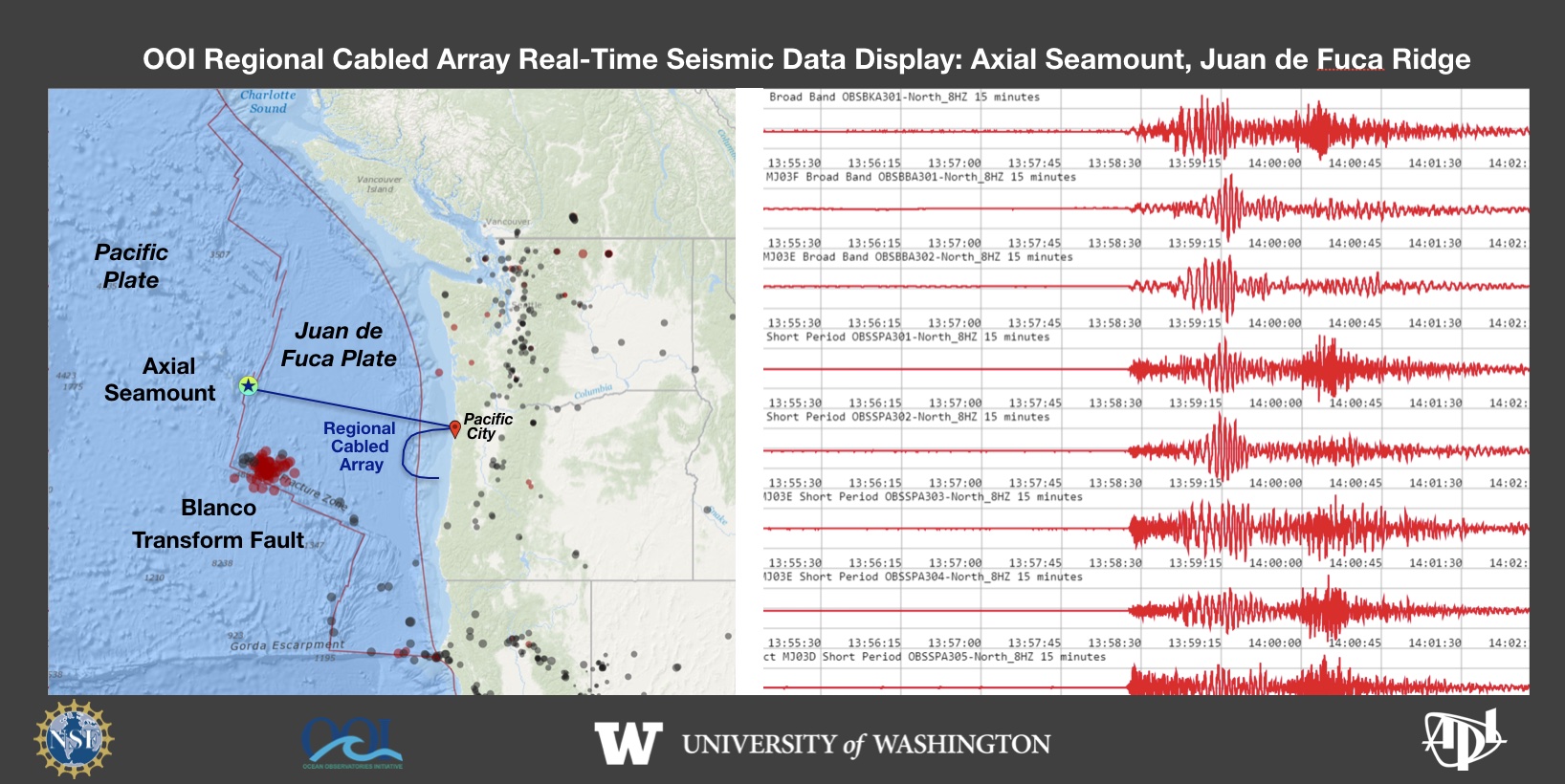 On December 7, 2021 a swarm of earthquakes began on the Blanco Transform Fault, a major plate boundary at the southern end of the Juan de Fuca Plate. The ongoing seismic swarm is being tracked live by the National Science Foundation’s underwater observatory, the Regional Cabled Array (RCA). The RCA is a component of NSF’s Ocean Observatories Initiative and is operated and maintained by the University of Washington. It includes ~900 km of high power and high bandwidth submarine fiber optic cables that stretch from Pacific City, OR out to the most active volcano off the coast “Axial Seamount” that erupted in 1998, 2011 and again in 2015. A second cable heads south along the Cascadia Subduction Zone and turns east along the Cascadia Margin off Newport, OR. Over 150 instruments on the seafloor and on instrumented moorings provide real-time data flow to shore at the speed of light. A suite of seismometers at the summit of Axial Seamount lit up on December 7, 2021 as the seismic swarm began along the Blanco. This live feed was developed by the UW Applied Physics Laboratory.