Weather did not deter the Endurance 16 cruise to recover and deploy ocean observing equipment to ensure the continuance of data to shore for the next six months.  When heavy weather closed in at the end of the second leg, the science party and crew aboard the R/V Sikuliaq met the challenge, accelerated their schedule, and arrived back in Newport on April 2, several days early.

“In spite of the less-than-ideal weather conditions, we successfully accomplished all activities with the exception of the Oregon Coastal Surface Profiler (CSPP) deployments and the Oregon offshore anchor recovery,” said Ed Dever, Chief Scientist for Endurance 16 and Principal Investigator of the Coastal Endurance Array team at Oregon State University. “When the weather cooperates, we will use a smaller vessel to deploy the remaining CSPP’s.  The anchor recovery will be done during Endurance 17.”

He added, “Early spring weather in the Northeast Pacific can be unpredictable and sometimes pretty nasty for shipboard operations.  We carefully monitored the weather conditions and adjusted our recovery and deployment schedule accordingly to maximize work that could be accomplished during safe weather conditions.” 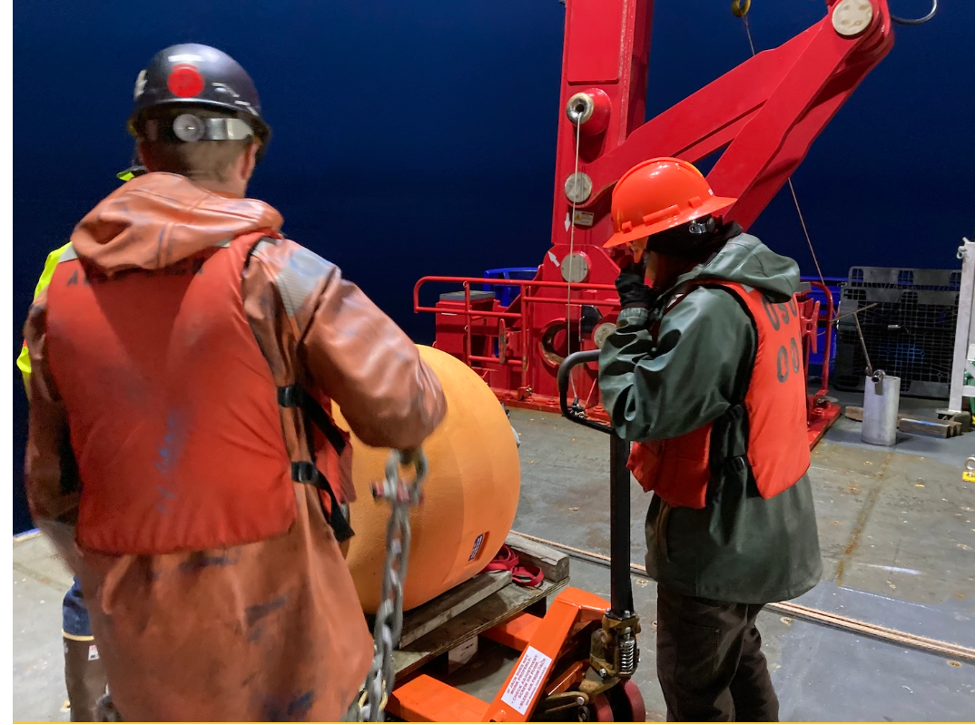 Working to the weather. Spring in the North Pacific can bring pretty high winds and seas. When the Endurance 16 team had good weather, they pressed on through long days. Here Alex Wick and Kristin Politano get a subsurface float into position on the R/V Sikuliaq during an evening mooring deployment on the OOI Spring Endurance cruise. Credit: Ed Dever, OSU

In spite of the abbreviated time at sea, in addition to the mooring deployments, the Endurance 16 team also successfully deployed four gliders and recovered another.  And, during the second leg of the cruise, a scientific party of five that had joined the expedition succeeded in collecting and recovering sediment trap samples for an ongoing experiment led by Dr. Jennifer Fehrenbacher of Oregon State University.

The sediment traps had been collecting material in place for the past six months and were recovered during the Endurance 16 team’s recovery and deployment work. Once the traps were back onboard, the collecting cups were taken off, emptied, replaced, and the traps redeployed for another six-month period. The researchers packaged the collected materials for analysis at OSU and her collaborators at the University of South Carolina.

The team also analyzed live specimens from night-time plankton tows,  which took advantage of the quiet night-time hours when the Endurance team was unable to safely move large, bulky, equipment in the dark.

Added Dever, “Success at sea is about teamwork, and I really appreciate  the science party and the captain and crew of the R/V Sikuliaq. Everyone was flexible and willing to work long, arduous hours to get the job done.” 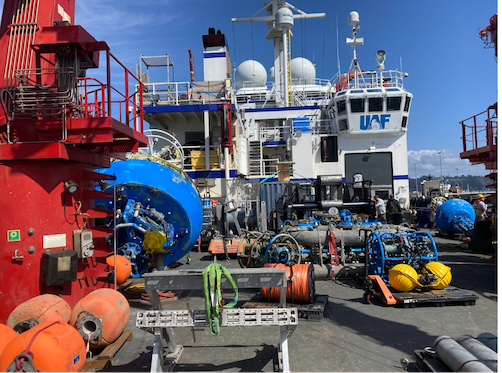 At the end of an expedition everyone’s eager to get home. Here the R/V Sikuliaq approached NOAA’s pier in Newport, OR, but there was one more chore to do – get that recovered equipment off the deck.  The motivated crew and science party cleared the deck within 2 and half hours of docking! Photo: Ed Dever, OSU 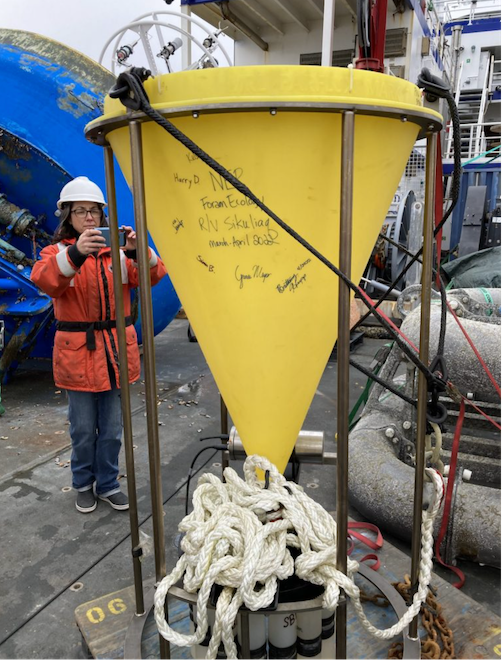