Alex Franks’s job is a big one. He is charged with fixing various issues that occur on OOI moorings, while they are hundreds and sometimes even thousands of miles away in the ocean. As an Engineer II at Woods Hole Oceanographic Institution (WHOI), Franks is intimately familiar with the mooring system controller software, which allows him to troubleshoot and fix instrumentation problems on OOI moorings, regardless of their location.

Franks has been working with electronics for over a decade and solving OOI mooring-related challenges since 2015.  Many examples exist of his innovative solutions. In 2020, for example, the satellite Internet service that was being used to send data from OOI moorings to WHOI servers was no longer a viable solution. The WHOI team faced the task of either finding a replacement system, or working with the then-current system. One easily implementable solution was to move to transmitting data through OOI’s Iridium radio antennas full time. There were downsides to this solution, however.  It would allow no margin of error, would consume more power, and still not be able to send data from all the instruments.

Franks figured out a better solution that would both keep costs manageable and continue to meet timely data transmission goals by modifying the Iridium file transfer portion of the mooring software to accommodate a new data transfer scheme. The new scheme used a feature of the computer program rsync, a fast and versatile file copying tool, called “diff”. Instead of using rsync to communicate with shore servers and determine the “delta” or change between the new instrument data on the mooring and the instrument data files on the WHOI server, he used one of the mooring’s onboard computers as an intermediary server to generate “diff” files against (delineating old from new data). These files were then generated and stored, and sent over the Iridium connection. Using this new configuration, Franks succeeded in sending the entire dataset of all instruments on the mooring, except one that was sent at a reduced sample rate. While transmission times can vary with weather conditions, this newly configured system sends data to the server every 20 minutes every other hour, reducing transmission times from 1440 minutes per/day to about 240 minutes per day. 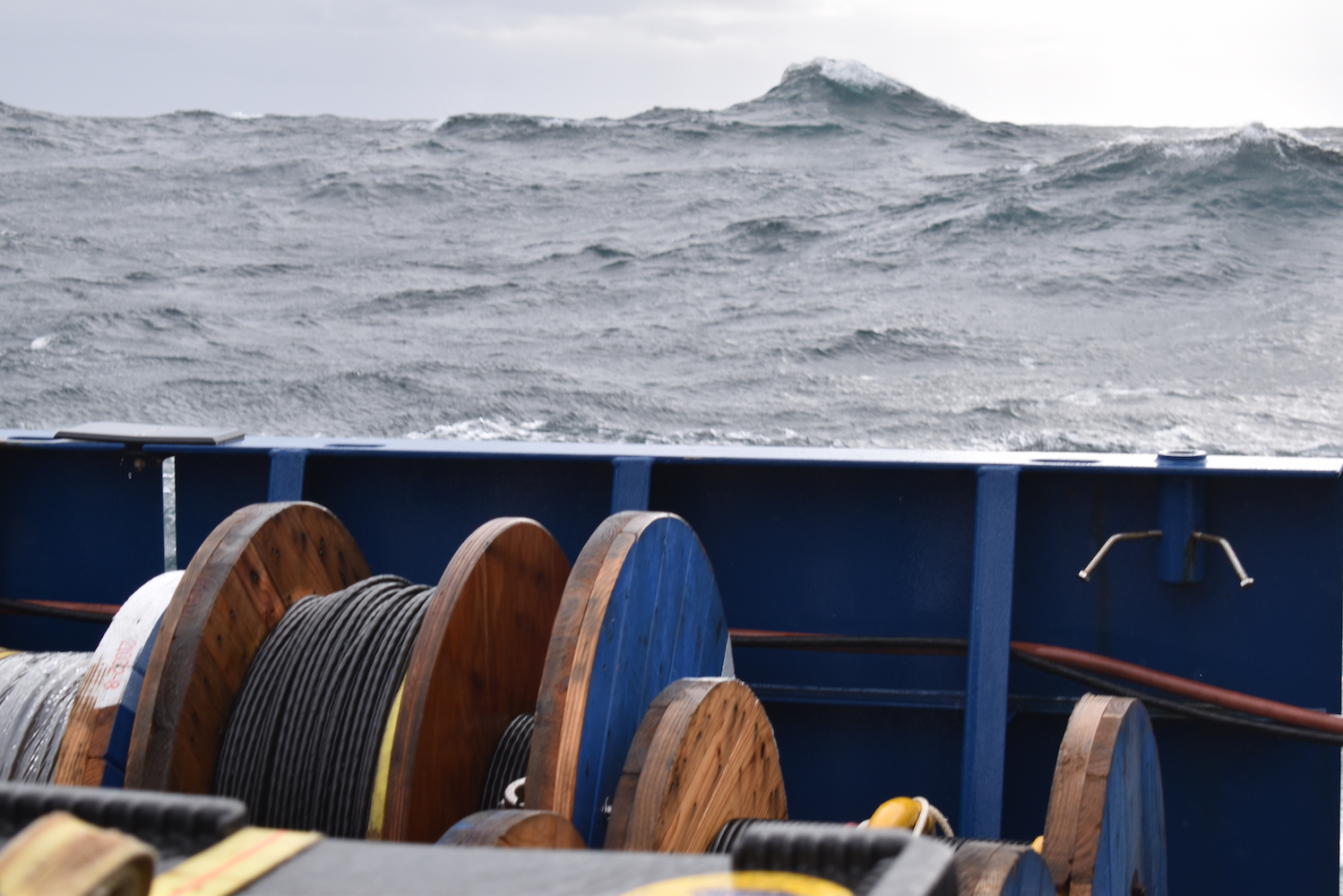 Waves in the North Atlantic can get pretty large, which makes it hard to conduct research at sea, especially in winter.  The waves and wind in the Irminger Sea also create challenges for ocean observing equipment in the water there year-round. Credit: ©WHOI.

Franks also found ways to remotely manage mooring issues caused by weather and sea state by modifying software that controls wind turbines. Wind turbines play a critical role on OOI moorings, providing power to recharge the main system batteries.  At the Irminger Sea Array, where the sun is absent for months at a time (the moorings also utilize solar panels), these wind turbines are critical. Prior to Franks’ software fix, human input was required to disable the turbines to prevent them from spinning while wave heights were too great. Franks modified the software used to control the spinning of the turbines to read environmental data from the buoy itself and make automated  decisions in real-time that previously had to be done manually. The system now changes its configuration based on a variety of sensor inputs, which make for more immediate decisions to ensure the continued safe operations of the turbines. The software modifications not only help mitigate heavy sea damage to the turbines but saves power, as well. The software detects when the air temperature is above freezing and turns off the precipitation sensor heaters, conserving energy when possible. The software also has fail-safes in place for high or low voltage and to determine hydrogen concentration levels inside the electronics. An illustration of this software configuration is provided below. 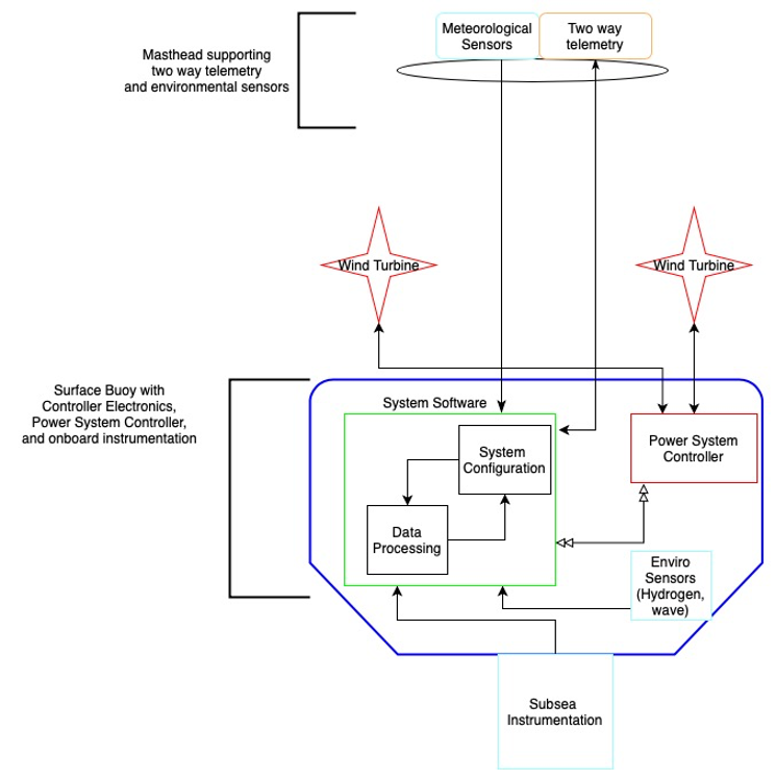 This new software configuration detects when the air temperature is above freezing and turns off the precipitation sensor heaters, and has fail-safes in place for high or low voltage and for hydrogen concentration levels inside the electronics .Credit: ©WHOI.

Franks has also developed software improvements to the power system controller inside the OOI surface moorings.  His work ran the gamut from disabling operational bugs in the system to reducing power consumption to fixing software errors to increase reliability. During a year-long deployment in the Irminger Sea, part of the power system controller board failed. Franks installed a software patch remotely that was able to limit the level of charge coming from wind turbines and wrote a fail-safe feature for the system to disconnect all charging sources if the voltage approached dangerous levels.

The challenges are what keeps Franks enthusiastic about his job, “I just love trying to figure out a solution and it’s particularly rewarding to be able to remotely resolve issues with equipment deployed in the open ocean.”