Broadband Ocean Bottom Seismometers provide characterization of seismicity/earthquake activity along tectonic plate boundaries where two key phenomena can occur: large-magnitude subduction zone earthquakes and seismicity associated with migration of melt (magma) beneath the seafloor at underwater volcanoes. The array of OOI broadband seismometers are primarily installed to detect earthquakes along the subduction zone of the Oregon margin and at Axial Volcano. Because the seismometers are cabled and, hence, connected directly to shore, they can provide detection of earthquakes in real-time.

The sensors are in a titanium housing, and in sedimented areas (Slope Base, Southern Hydrate Ridge, and at the base of Axial Seamount), the seismometers are buried beneath the seafloor sediments in 60 cm deep X 60 cm diameter caissons (cylindrical retaining structures filled with silica beads) to obtain the highest quality resolution of seismic waves. At the summit of Axial Seamount, there is little sediment, and therefore the broadband seismometer was installed on basement rock, and surrounded by gravel-filled bags.

OBSBB on the Data Portal 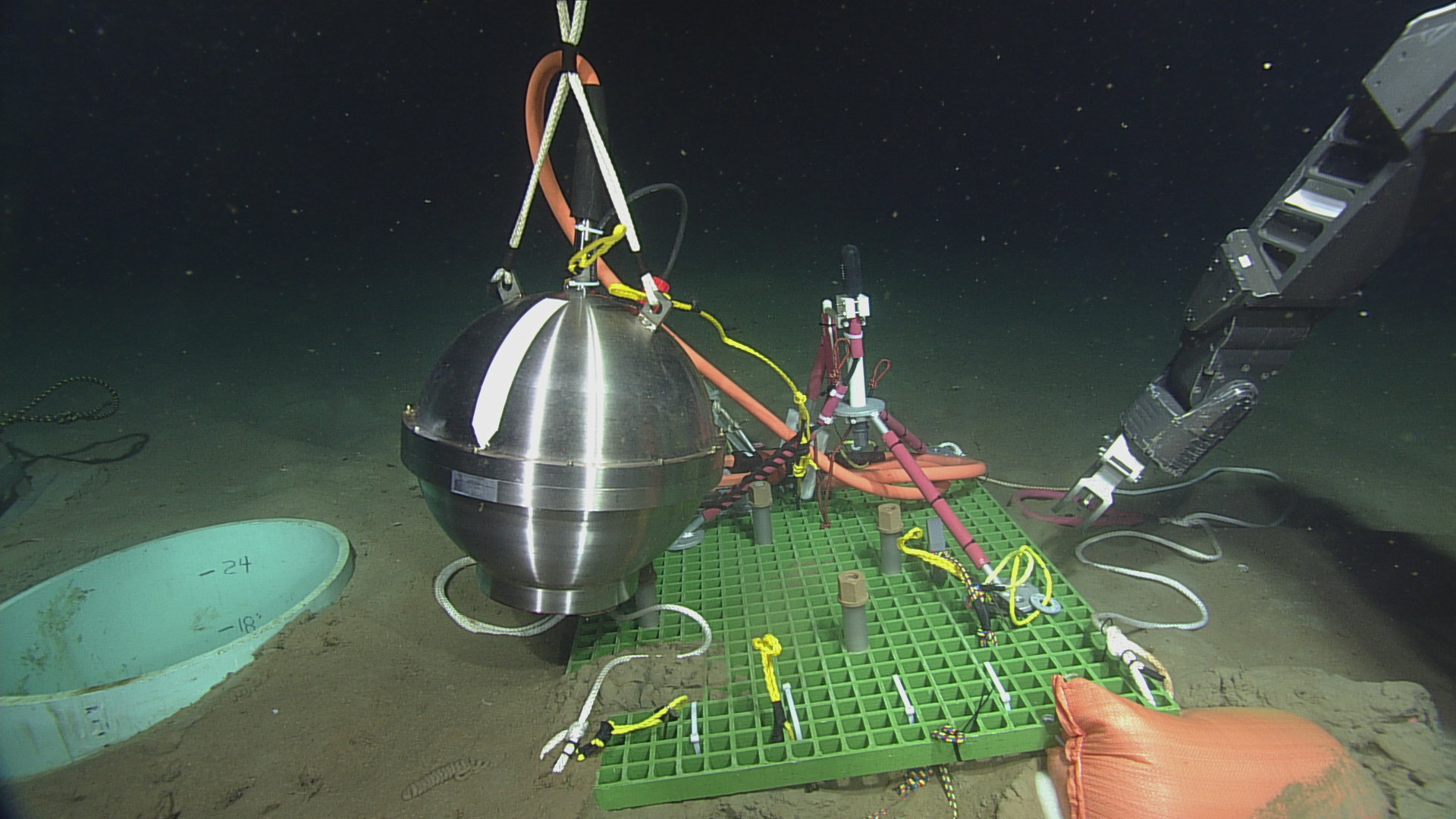 A seismometer (in titanium housing) being lifted towards the caisson for burial, which enhances coupling to the seafloor, providing better resolution data. A low-frequency hydrophone (red tripod) is on the platform to the right, and will be deployed nearby. Photo credit: NSF-OOI/UW/CSSF; Dive R1751; V14. 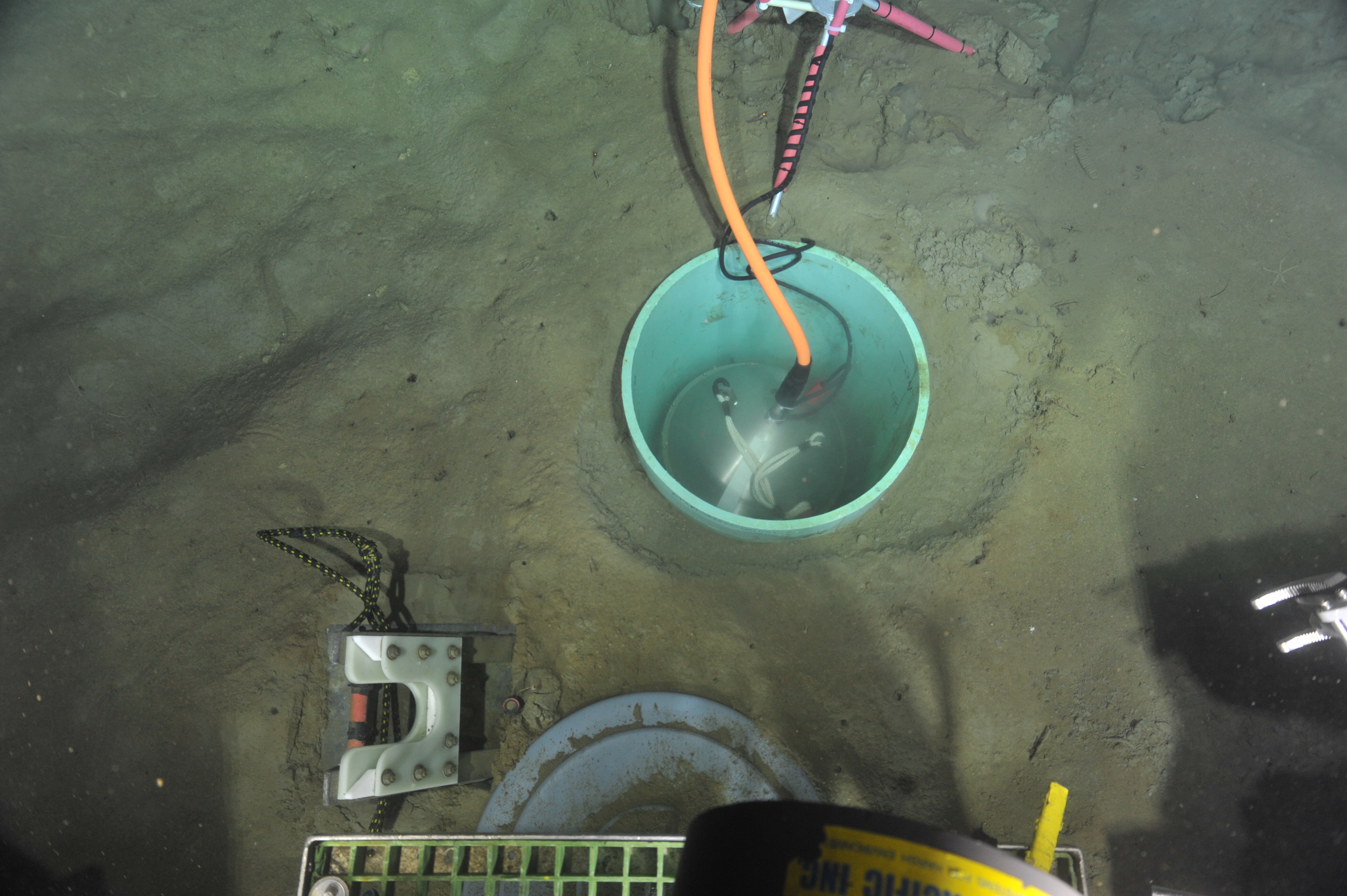 A seismometer (in titanium housing) sitting in the caisson just prior to burial in silica beads, which enhances coupling to the seafloor, providing better resolution data. Photo credit: NSF-OOI/UW/CSSF; Dive R1751; V14. 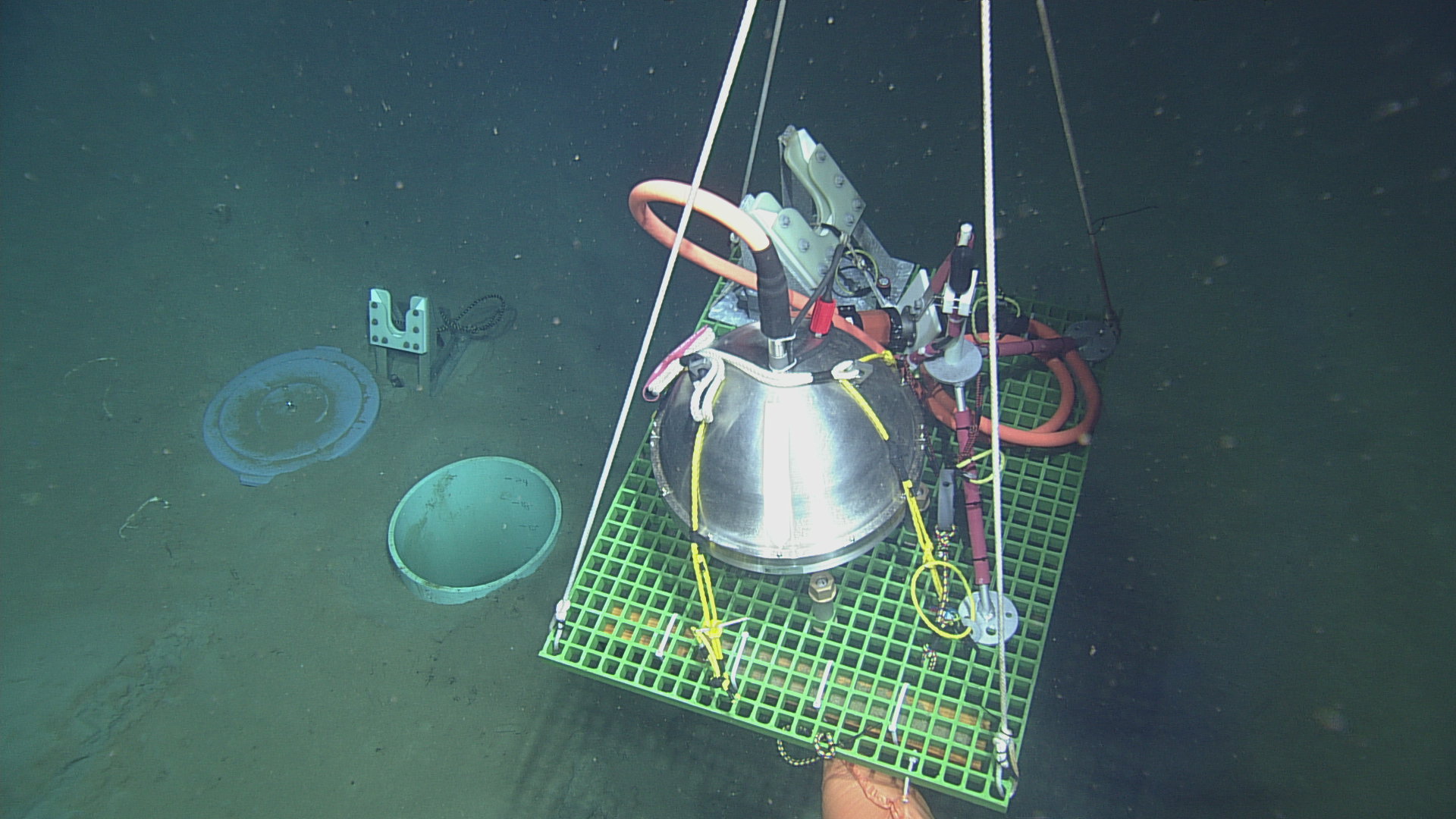