The OOI’s oceanographic moorings are anchored to the seafloor by mooring lines from one or more anchors. The mooring lines extend upward from the anchors to buoyant floats located in the water column or at the sea surface. Mooring lines may consist of plastic-jacketed steel wire rope, synthetic line, or electromechanical fiber optic cable with copper conductors.

Moorings provide oceanographers the means to deploy sensors at fixed depths or sensors that can move up and down along the mooring line. These capable and proven oceanographic platforms are used throughout the OOI. 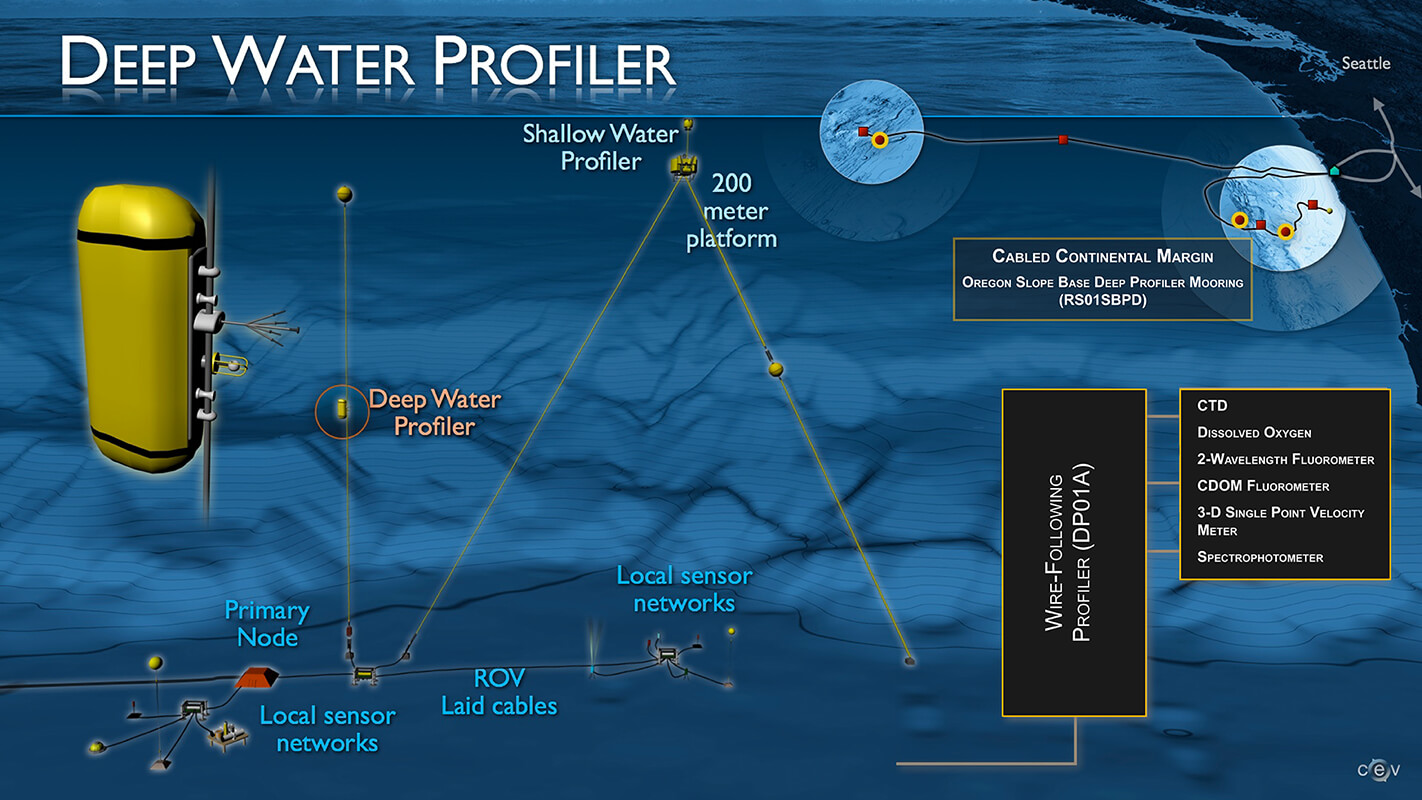 Profiler Moorings are moorings that have sensing instruments fixed to a component that move up and down through the water creating a vertical “profile” of the water column. Profilers either track along the mooring riser (wire-following profilers), or include a winch that out line of fiber optic cable allowing the profiler, sometimes called the science pod, to move up and down through the water (e.g., Shallow Profilers on the Regional Cabled Array) and in some cases pierce the surface (e.g., Surface Piercing Profilers on the Coastal Array). Instruments also are attached directly to the mooring riser or affixed to an underwater platform on Profiler Moorings. Data from RCA moorings are transmitted to shore in real-time via the fiber optic cables. A subset of data for uncabled moorings with surface expressions are transmitted via satellite, however, most of the uncabled data are downloaded following recovery of the moorings each year. More detail on profilers can be found here.

A Surface Mooring is a type of mooring that includes a surface buoy floating on the sea surface and instruments located at fixed depths through the water column. Surface instruments are secured to the buoy, which allows them to collect data from both the air and the water. Surface Moorings have solar and wind power-generation capabilities, as well as antennas for satellite and line-of-sight communications.