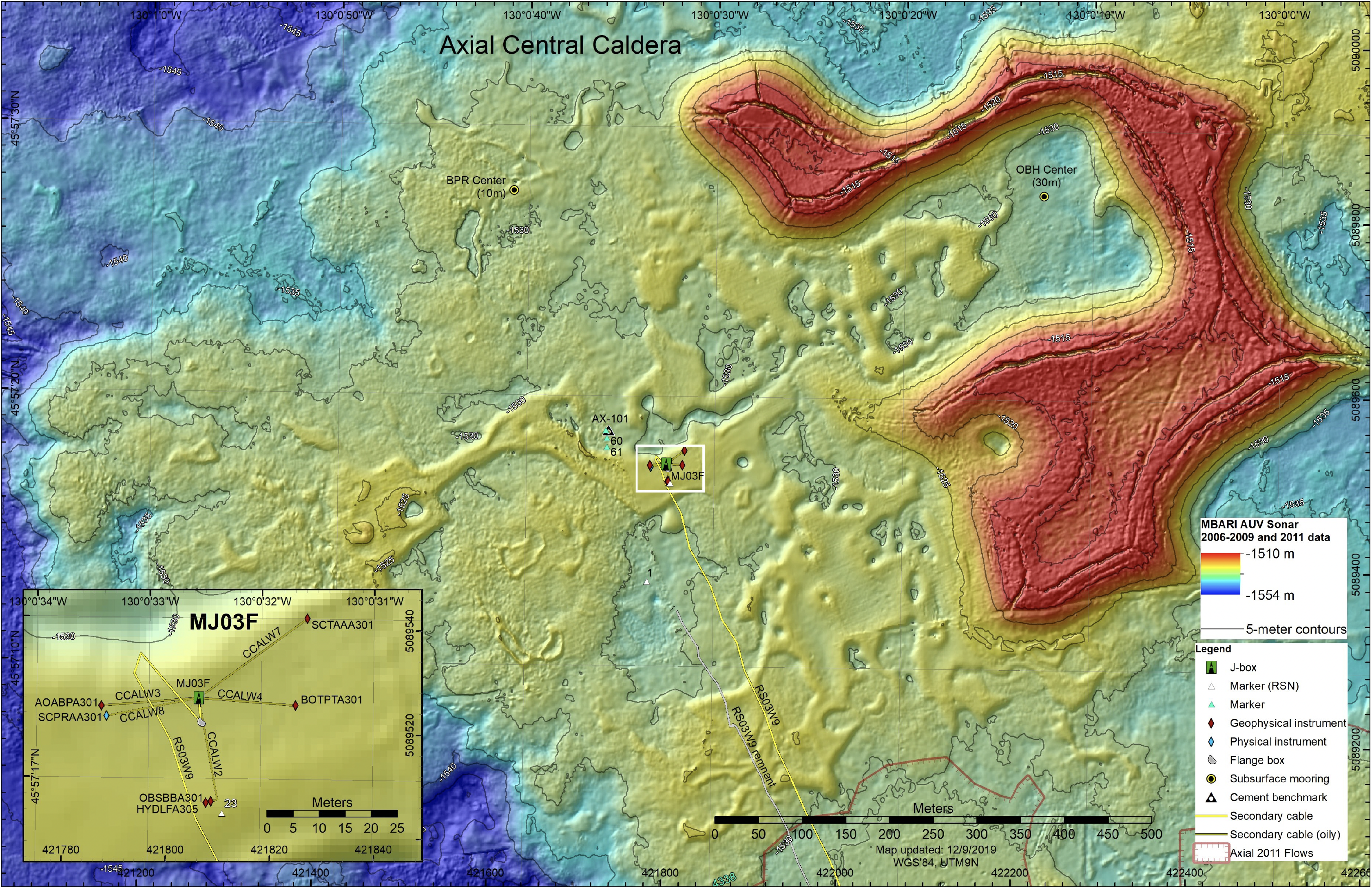 The A-0-A calibrated pressure instrument is located in the Central Caldera site at the summit of Axial Seamount. It is co-located with several OOI core and NSF-funded PI geophysical instruments. This map shows instruments as installed in 2019. Credit: M. Elend, University of Washington.

The A-0-A calibrated pressure instrument was developed by Dr. William Wilcock, School of Oceanography, University of Washington (UW) and UW Applied Physics Laboratory engineer Dana Manalang, with funding from the National Science Foundation’s Office of Technology and Interdisciplinary Coordination (OTIC) through award “Developing a new calibrated pressure sensor for the Ocean Observatories Initiative Cabled Array and other applications”. The instrument was installed in 2019 (VISIONS’19)on the Ocean Observatories Initiative Cabled Array at the Central Caldera site on Axial Seamount to measure deformation at the volcanoes summit (inflation and deflation). The A-0-A method is a new approach to calibrating pressure sensors to remove drift. Periodically a valve is used to switch the pressure sensor for a short interval from measuring the pressure in the ocean to measuring the pressure inside the instrument housing. The drift can then be determined by comparing the pressure readings to an accurate barometer.

Future applications of this cabled sensor may include vertical geodetic studies of the Cascadia subduction zone megathrust aimed at understanding patterns of fault locking, creep and slow slip.

Th A-0-A (A0ABPA301) instrument was installed during the Regional Cabled Array cruise AT42-12 at the Central Caldera site at the summit of Axial Seamount on 7-05-2019 during Jason Dive J2-1194. The instrument is located at a water depth of ~ 1530 m and is adjacent a Self Calibrating Pressure Recorder (SCPR) developed by M. Zumberge and G. Sasawaga at the Scripps Institution of Oceanography. Both instruments are connected to the medium power junction box MJ03F.

School of Oceanography, University of Washington 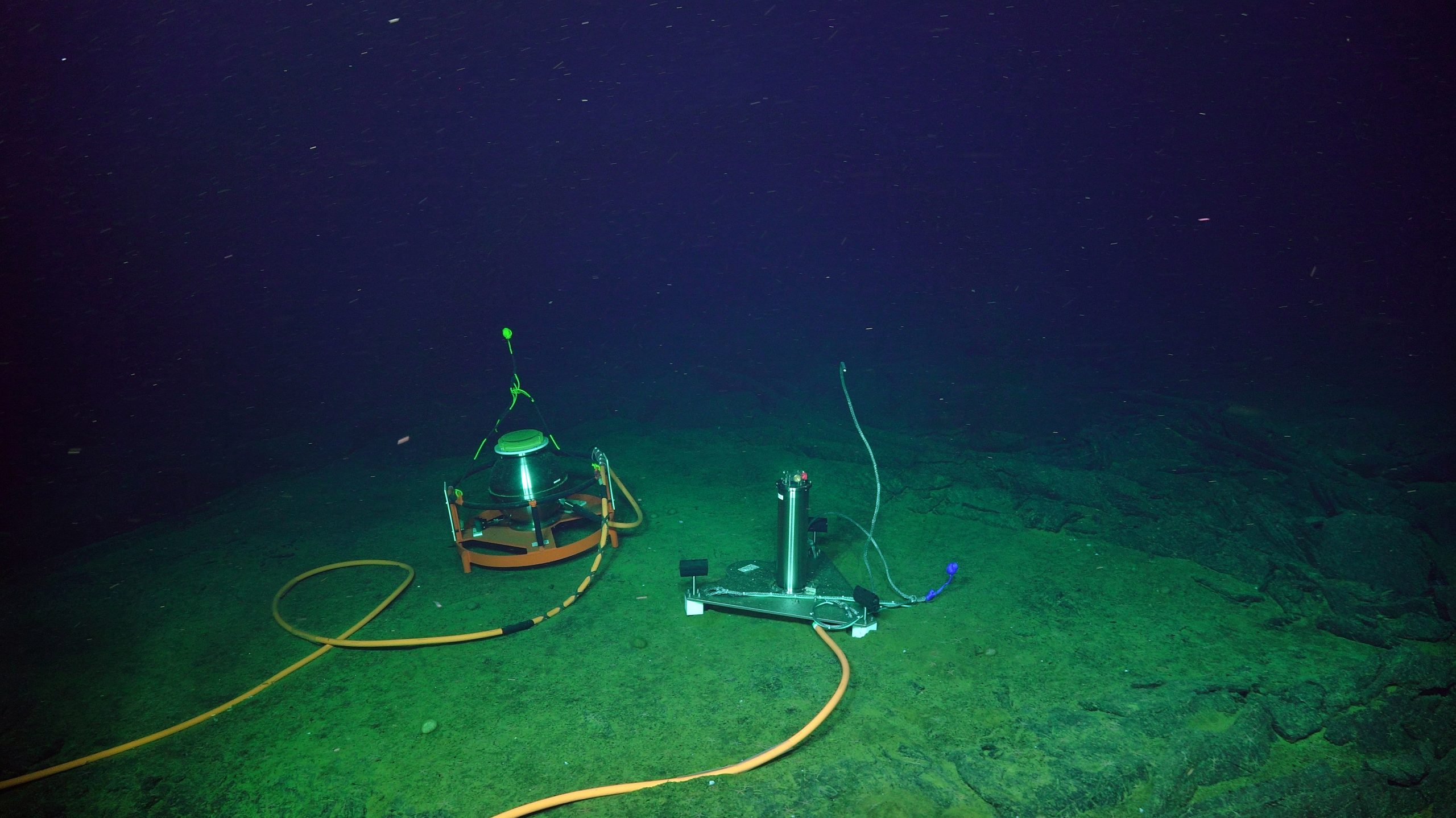