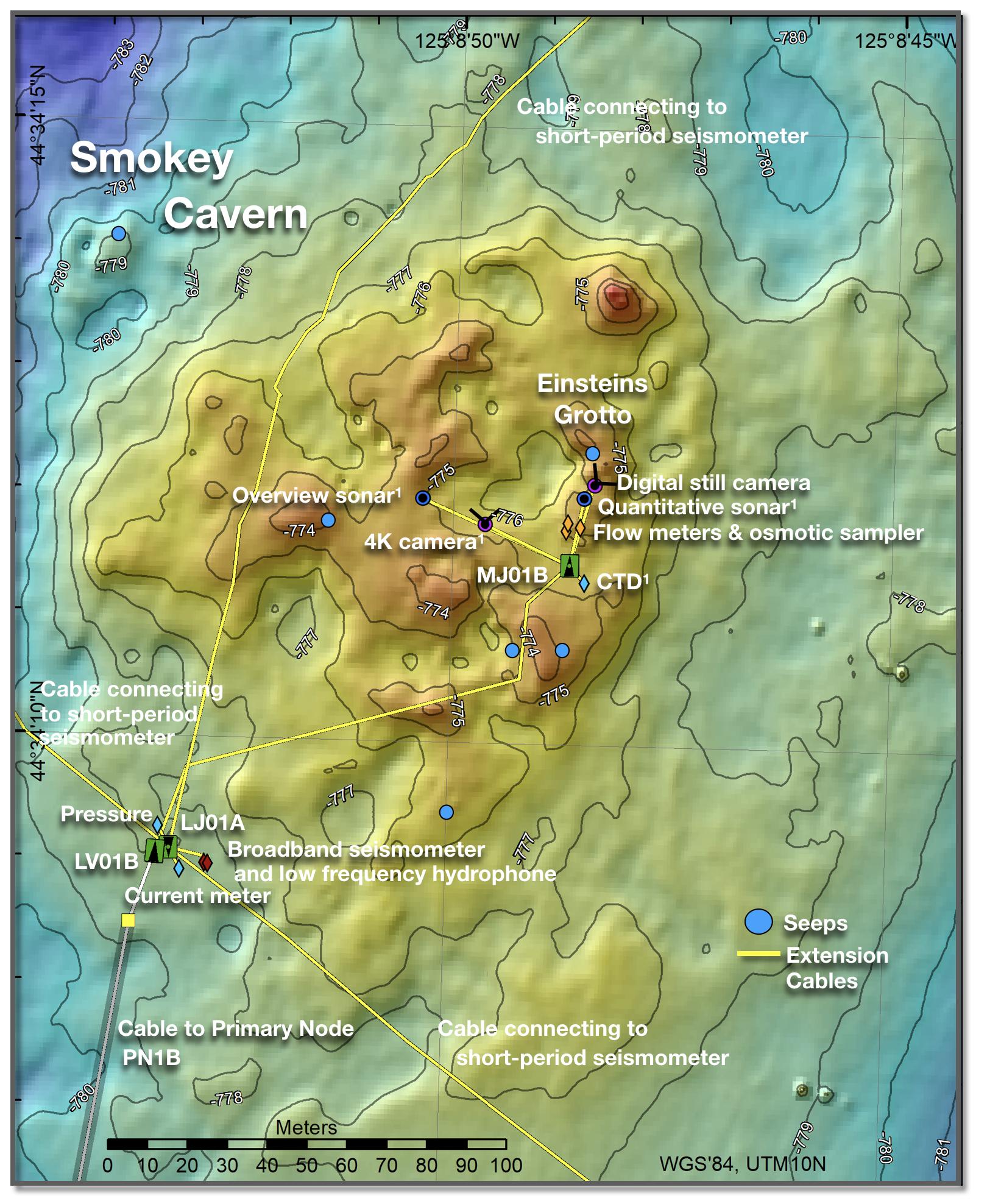 This map shows Regional Cabled Array infrastructure at the summit of Southern Hydrate Ridge and the location of MARUM instruments, denoted by a 1 superscript. Credit: University of Washington.

The Quantification Scanning Sonar (QSS) was developed in 2017 by Dr. Yann Marcon, Professor Gerhard Bohrmann, and a team of engineers at the MARUM Center for Marine Environmental Sciences and the Department of Geosciences, University of Bremen, Germany. It was funded by the German Federal Ministry of Education and Research (BMBF) within the scope of the “M³: Monitoring Marine Methane” projects (grants 03F0765A and 03F0854A). The QSS focuses on selected vent sites at the summit of Southern Hydrate Ridge. It monitors the short-term variability of methane bubble plumes and changes in the seafloor morphology related to venting activity.

For most of its operating time, the QSS was set to operate at a frequency of 1000 kHz, a range of 20 m, a rotation angle of 360° and the minimum step size available (0.225°/step). The schedule consisted of one 15-minute long scanning sequence per hour. With these settings, a 15-minute scanning sequence recorded at least three consecutive 360° scans of the water column. However, the operation schedule of the QSS has changed a few times since the deployment of the instrument depending on the needs. The exact schedule can be inferred from the timestamp of the data files, while the operating settings can be retrieved from the data files.

The QSS was installed on the summit of Southern Hydrate Ridge, west of the "Einstein's Grotto" vent area at a water depth of 780 m (Figure 1). The instrument is connected to the medium-power junction box MJ01B. It consists of a single-beam scanning sonar (Kongsberg 1171 Series, High Resolution, Multi-frequency, Wide-Narrow Fan) with internal compass and a titanium tripod. The instrument control and data collection scheduling is done with the proprietary Kongsberg MS1000 software from the Regional Cabled Array shore side Operation Center, University of Washington.

The data products of each scanning sequence consist of: The raw data files are updated on the server every 24 h. The production of the scan images and text files are produced in batch processing and uploaded periodically as they become available.

MARUM Center for Marine Environmental Sciences and the Department of Geosciences, University of Bremen, Germany 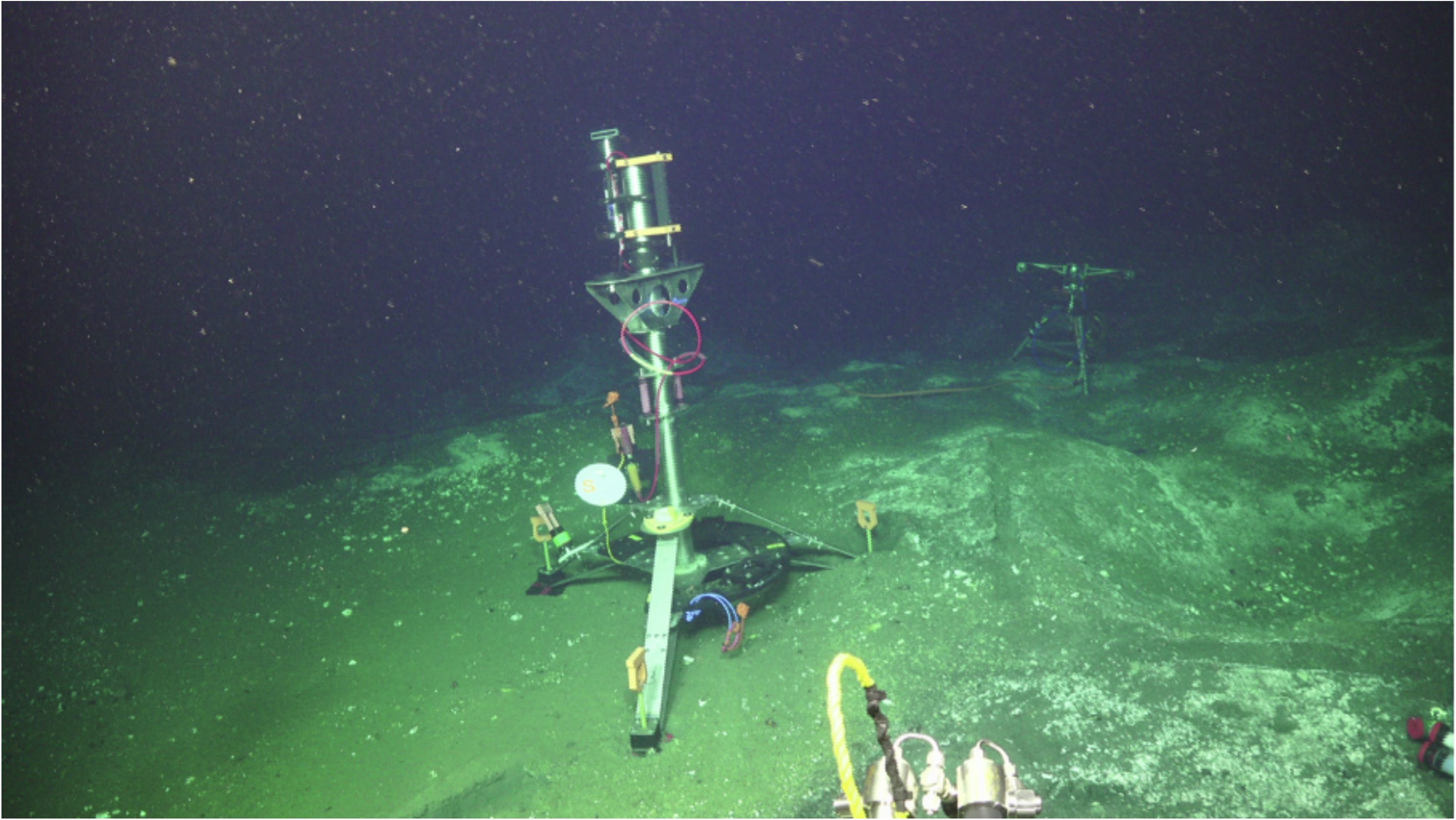 Figure 1. The Quantification Scanning Sonar (QSS) is mounted at the top of a 2.8 m-high tripod. It is installed on flat sediments adjacent to hummocky terrain around the Einstein's Grotto vent. The RCA Digital Still Camera (CAMDSB103) is visible in the background. Credit: UW/NSF-OOI/WHOI; V18.