The Axial Base Shallow Profiler Mooring located near the base of the Axial Seamount at the far western edge of the Juan de Fuca tectonic plate, at ~2,600 meters water deep. Axial Seamount is the largest and most magmatically robust volcano on the Juan de Fuca Ridge The Axial Seamount is far from the continental shelf (>350 km) and represents an open-ocean or pelagic site in the continuum of observing scales represented in the OOI’s Cabled Array. Here, large-scale currents including the North Pacific Current, the subpolar gyre and the northern end of the California Current interact. These currents transport heat, salt, oxygen, and biota, all of which are crucial to the region’s ecosystem. However, their variability arises from forcing as varied as tides and winds to interannual (El Niño) to decadal (Pacific Decadal Oscillation) timescales. Because of its close proximity to the magmatically active volcano, instruments on the profiler may also capture perturbed water masses (e.g. megaplumes) resulting from underwater eruptions at the summit and along the flanks.

As with other Cabled Shallow Profiler Moorings, this mooring contains a Shallow Profiler (SF01A) and Platform Interface Controller (PC01A), hosted on a 12 ft across, 7 ton platform connected to the fiber-optic cable.  The Shallow Profiler houses 10 scientific instruments and is tethered to a winch that pays out fiber optic cable allowing the profiler to rise through the water column until a fixed depth below the oceans surface. The specific depth is determined by currents and wave conditions at the surface.  Eight instruments are also housed within the Platform Interface Controller mounted 200 m below the sea surface on the mooring platform.  The fiber-optic cable provides the mooring with up to 3000 watts power and 10 Gb communication bandwidth and is co-located with a Low-Power Jbox that collects complementary water column data near the seafloor. 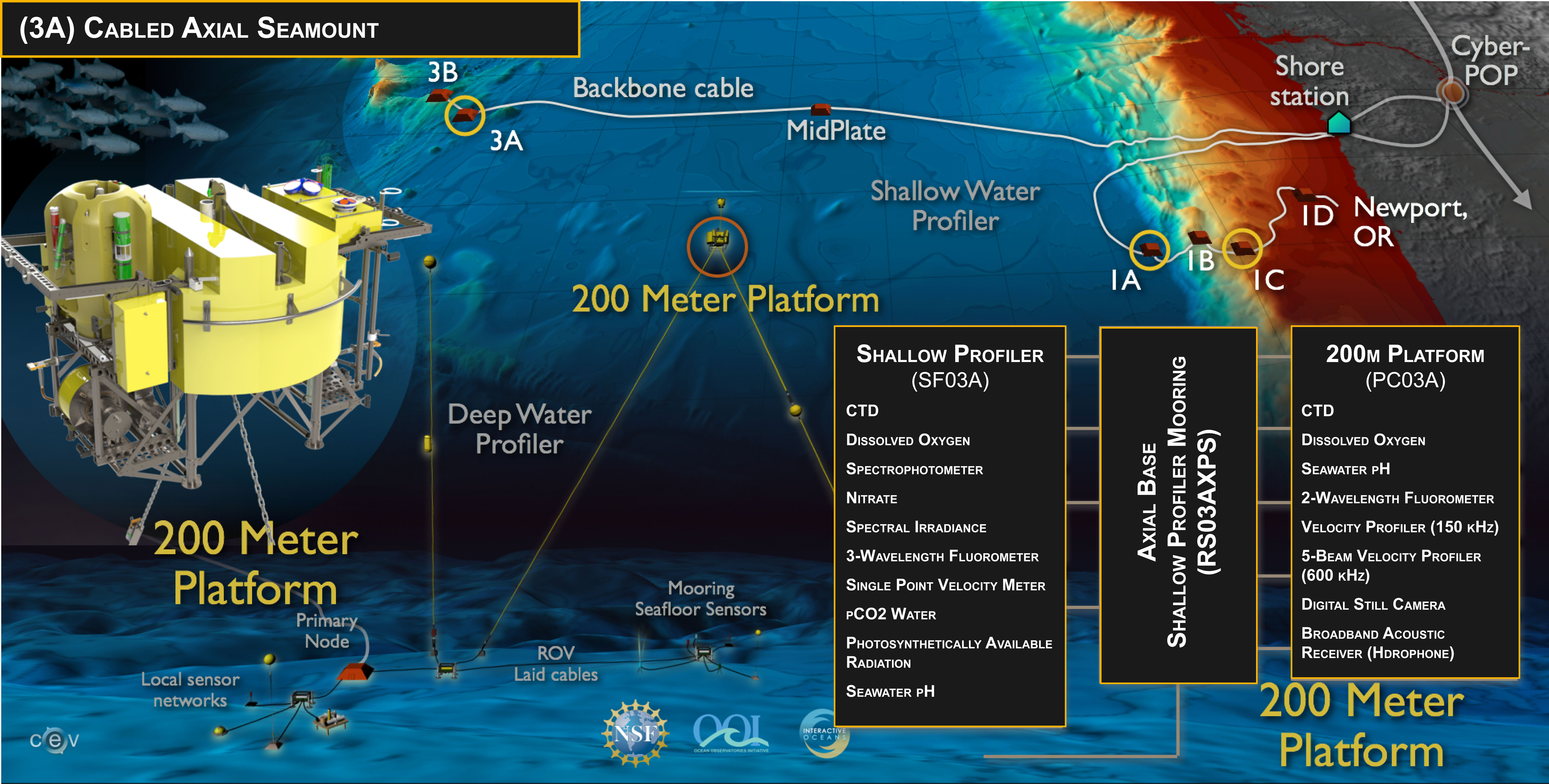