The Eastern Caldera Medium-Power Jbox supports geophysical instruments on the Eastern side of the 3 km across caldera at the summit of Axial Seamount. The instruments are attached to a Medium-Power J-Box and are mounted on the seafloor. The instruments are designed to measure local seismic events associated with migration of melt and volatiles within the volcano, as well as far-field seismic events. The instruments also measure uplift and deflation of the seafloor associated with ingress of melt within the underlying magma chamber, and collapse of the seafloor during diking-eruptive events. This site was chosen because Axial has erupted in 1988, 2011, and again in 2015. During the 2015 event, over 8,000 earthquakes were measured with the cabled geophysical array, and data were streamed live back to shore in real-time.

Seafloor instruments at Eastern Caldera are attached to a Medium-Power J-Box (MJ03E) through a series of extension cables. A 635 m long extension cable from Primary Node PN3B provides the JBox with significant power (375 v) and bandwidth (1 Gbs) to operate the instruments and transmit data to shore. 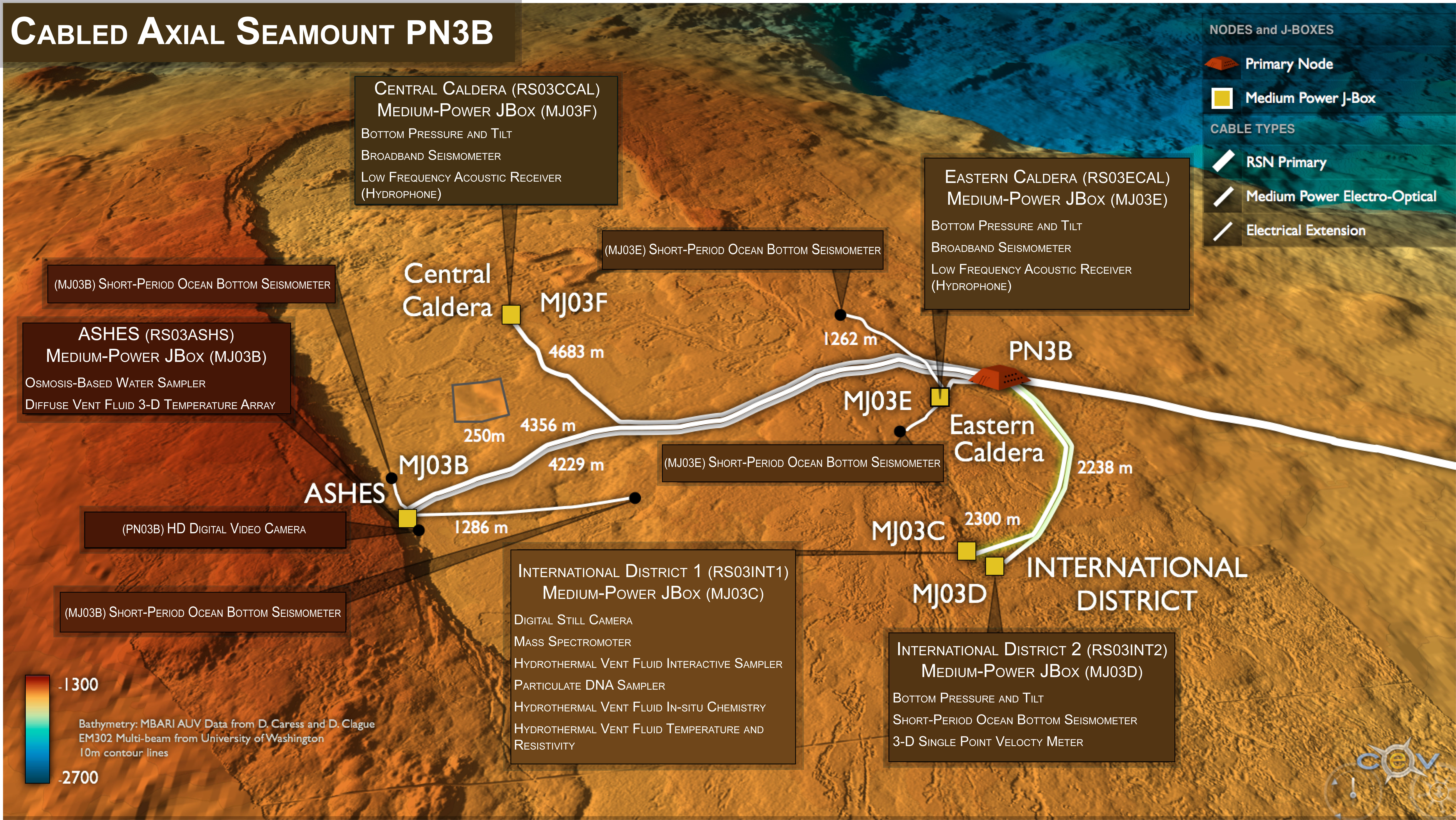