Craig Risien received a M.Sc. in Oceanography from the University of Cape Town in 2002 and a M.S. in Marine Resource Management from Oregon State University’s (OSU) College of Earth, Ocean, and Atmospheric Sciences in 2006. Since starting work at OSU in 2006, Risien has led or contributed to several research programs and projects including the creation of scatterometer-based global ocean wind climatologies, the development of a novel meteorological drought index, and several investigations that focused on Northern California Current system dynamics. As a product developer and Data Management and Cyberinfrastructure (DMAC) specialist for the Northwest Association of Networked Ocean Observing Systems (NANOOS) from 2007-2021, Risien engaged stakeholders including scientists, the U.S. Coast Guard, and commercial fishers to build products and applications that helped inform research and day-to-day operations. Risien has worked as part of the Ocean Observatories Initiative (OOI) Endurance Array mooring and data teams since 2010 and more recently as the operations manager for the OSU OOI data center. He is currently the project manager for the OOI Cyberinfrastructure data center. 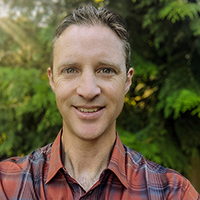