The OOI’s Principal Investigator James Edson assumed leadership of the OOI in June 2022. Edson brought a phenomenal depth of knowledge about OOI’s early years, having served on the ORION Science & Technology Advisory Committee during the OOI planning stages and as a member and chair of the OOI Program Advisory Committee from 2008-2013.  In addition, he brought a wealth of experience running large government programs and academic departments. Edson was an Assistant through Associate Scientist with tenure in the Department of Applied Ocean Physics and Engineering at WHOI from 1991 to 2004. He also served as a rotator at the Office of Naval Research from 1998-1999. His research interests include boundary-layer meteorology, with a focus on surface-layer turbulence, air-sea interaction and flux parameterizations. During this period, Edson was Chief Scientist for the Office of Naval Research Coupled Boundary Layers and Air-Sea Transfer (CBLAST) Defense Research Initiative, and Principal Investigator for the Construction and Management of the Martha’s Vineyard Coastal Observatory and its Air-Sea Interaction Tower at WHOI. Edson was Professor and Head of Marine Sciences at the University of Connecticut (UConn) from 2005 to 2017, where he led UConn’s successful effort to join the University Corporation for Atmospheric Research, served as UConn’s member representative for the COL, and oversaw the upgrade and stretch of the R/V Connecticut. He rejoined WHOI in 2018 as a Senior Scientist.

Edson is a fellow of the American Meteorological Society and member of the American Geophysical Union. He has written more than 80 scientific articles and has contributed to 18 scientific books. Edson received a PhD in meteorology from the Pennsylvania State University. 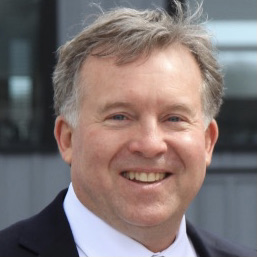