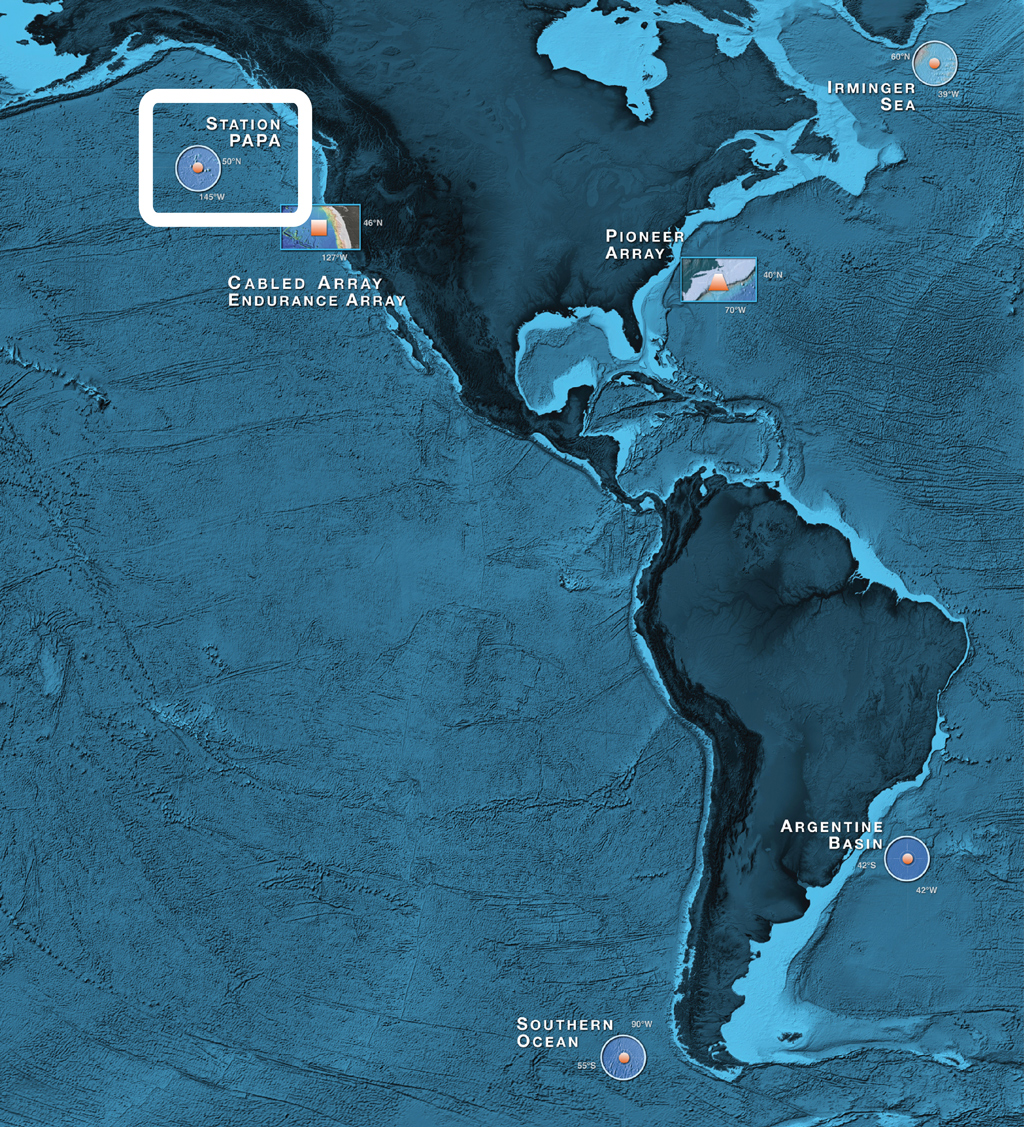 The Ocean Observatories Initiative (OOI) team in June 2015 conducted deployment and scheduled maintenance activities for the global component of the OOI infrastructure located in the Station Papa site, in the Gulf of Alaska.

The OOI team, led by the Scripps Institution of Oceanography at UC San Diego, with their partners at the Woods Hole Oceanographic Institution, left port May 29th for an approximately two-week cruise to recover equipment deployed in summer 2014 and deploy new equipment. The cruise, on the UW Research Vessel (R/V) Thomas G. Thompson departed and returned from the University of Washington dock in Seattle, WA. During the cruise, the team deployed one Global Profiler Mooring, two Flanking Moorings, three Open-Ocean Gliders, and two Global Profiling Gliders. The team successfully recovered all previously deployed equipment and conducted CTD casts with water sampling at all mooring sites.

The Station Papa Array is one of four sites in the OOI focusing on the critical, yet under-sampled, high-latitude regions of the Pacific and Atlantic Oceans.  It includes a network of moorings that will support sensors for measurement of physical, biological and chemical properties throughout the water column. Additionally, the array at Station Papa is occupied in coordination with the National Oceanic and Atmospheric Administration (NOAA), which maintains a surface mooring there.

Click here to read about the 2013 Station Papa Deployment.

Click here to read about the 2014 Station Papa Deployment and Maintenance.