Katie Bigham feels like her journey with the Ocean Observatories Initiative (OOI) has come full circle. She first visited Axial Seamount as a University of Washington (UW) School of Oceanography undergraduate participant on the Regional Cabled Array (RCA) VISIONS 2014 program when the underwater observatory was being installed. This summer, she returned to Axial Seamount on her seventh cruise, this time as a Co-Chief Scientist. 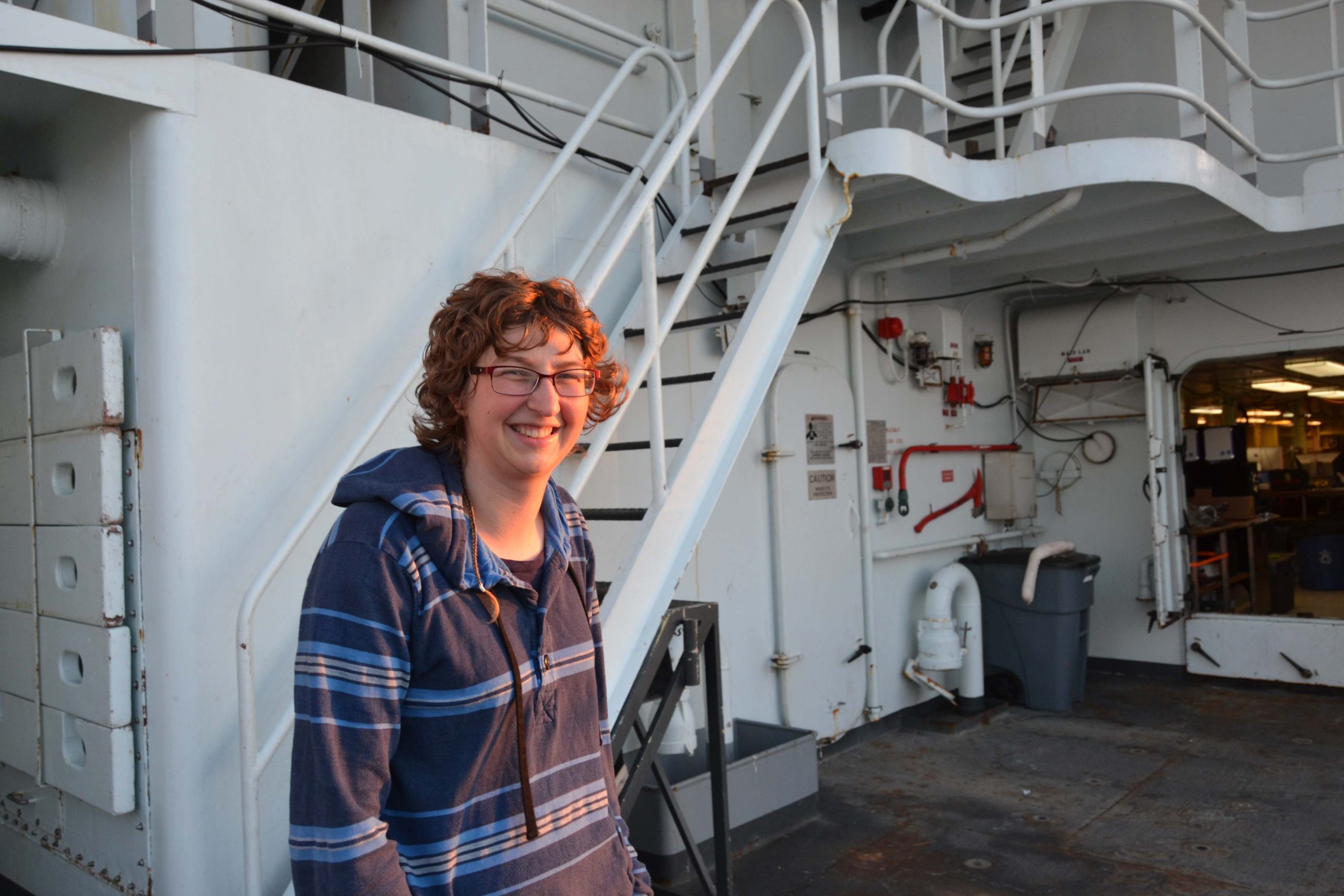 Katie was excited to step into the role of Co-Chief Scientist on the fourth leg of the annual RCA operations and maintenance cruise (VISIONS’21). She previously participated in many other roles on the ship and was looking forward to a new challenge sailing as a Chief Scientist aboard a global class research ship.

Her responsibilities as Co-Chief Scientist included much planning and communication during the round-the-clock operations and numerous remotely operated vehicle dives. “It’s really about keeping everybody who’s invested in the voyage up to date, from the RCA team itself, to the Captain and crew, to the VISIONS’21 students, to the RCA team shore-side,” she says. Katie credits the success of leg four to the OOI RCA team aboard the R/V Thomas G. Thompson and strong shore support. “I felt well-supported in my first time as Co-Chief, and that helped me step up to the challenge,” she says.

Katie says the coolest part of being on the cruise was working with recent UW graduate Katie Gonzalez. She met the younger Katie when she went to visit her school for an outreach event in the far western reaches of the Olympic Peninsula and later mentored her in the lab for a year. “To see her very confidently and competently prepping the osmotic fluid samplers and then sharing with the ROV pilots what the goals of the installation dive were, and what was needed for this instruments deployment within and active vent site was really cool,” she says.

Katie Bigham grew up as the granddaughter of a commercial fisherman and spent a lot of time on the water, but she didn’t know that oceanography was something people studied until high school, when she interned with an oceanography graduate student at UW. The lab was very welcoming to her, and she attended the lab’s summer barbecues and dissertation defenses in between her work helping to culture Arctic bacteria.

After that experience, Katie initially wanted to study geology at Arizona State University, but she decided to stay closer to home and attend UW instead. When she remembered how welcoming the oceanography lab was, she decided to take oceanography classes, and that’s when things started coming together. Early in her college career, Katie took Dr. Deb Kelley’s hydrothermal vents class and came away from it wanting to see the underwater hot spring environments in person and work with Dr. Kelley and the OOI team.

“Deb bringing me onboard as a VISIONS student and then mentoring me through that process was what helped me know I wanted to stay in oceanography,” Katie explains. “I was really inspired by her research and her work with students, and I’d really like to continue in academia because of her influence. I wouldn’t be doing the things I’m doing without all her support.” 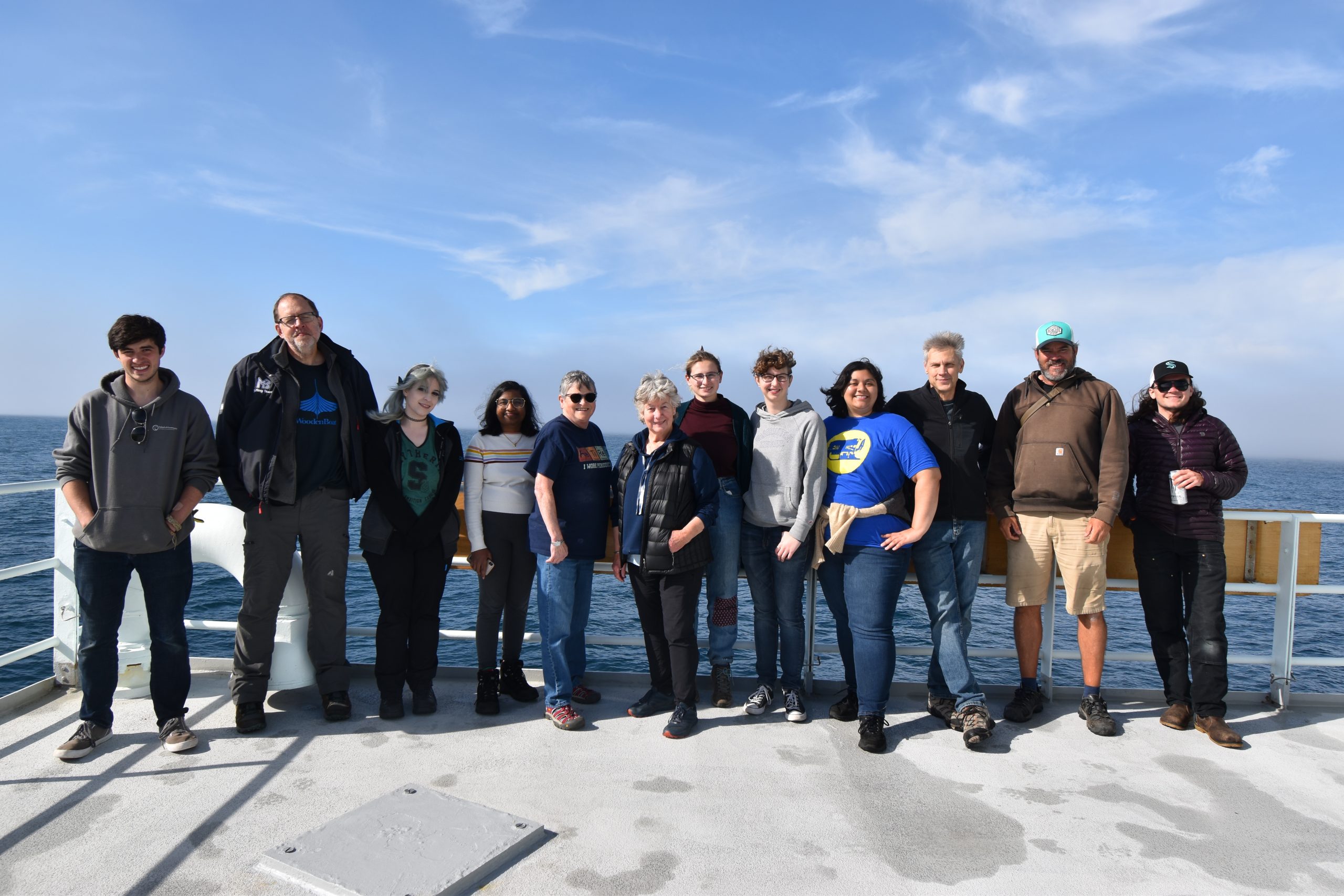 Katie is currently pursuing a joint PhD at the Victoria University of Wellington and the National Institutes of Water and Atmospheric Research in New Zealand. She is continuing with deep-sea science, researching the impact of turbidity currents, or underwater landslides, on benthic communities living in submarine canyons. This work builds on some of the work she did for her undergraduate senior thesis mapping megafauna at methane seeps along the RCA. Katie hopes that her research will be helpful for management of marine protected areas in New Zealand and inform about impacts in other marine canyons, such as those on the Cascadia Margin.

Katie returned to Washington from New Zealand during the COVID-19 pandemic. She has been able to continue her writing and data analyses while abroad from an office within the RCA space. Ironically, thanks to the pandemic, she was able to participate in this year’s RCA cruise.

After she obtains her PhD, Katie hopes to continue her research as a postdoc. “I would really like to bring what I’ve learned during my PhD and my experiences with the RCA back together,” she comments. “I’d love to do a postdoc working with RCA data.”

Katie Bigham also played an instrumental role in the production of this video that was a project for the VISION’14 class. It was selected as one of the top ten videos in a nationwide contest sponsored by the Florida Center for Ocean Sciences Education Excellence. The video has been viewed by nearly 38,000 student judges in 1,600+ classrooms in 21 countries. 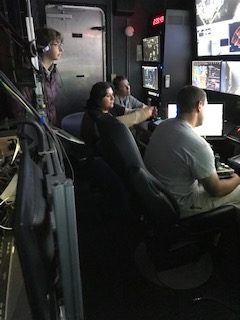 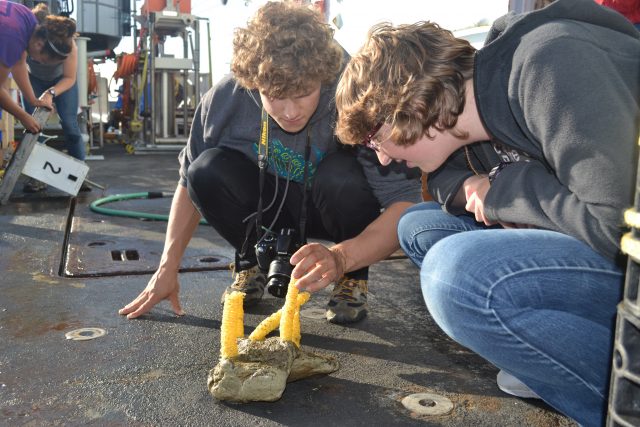