The Mass Spectrometer measures concentrations of dissolved gases such as carbon dioxide, methane, and hydrogen sulfide that are critical to understanding volcanic, chemical, and biological processes in submarine environments. Carbon dioxide in magma chambers helps drive seafloor eruptions, and, along with methane and hydrogen sulfide, is key to supporting the sub-seafloor biosphere. Until recently, it has been impossible for scientists to measure these gases in situ for long-periods of time. Scientists depended on taking individual samples from vents and seeps, and then analyzing them back in land-based laboratories.

The novel OOI mass spectrometer, developed by Peter Girguis at Harvard University, was installed at a diffuse vent site (MJ03C) on Axial Seamount and at the summit of Southern Hydrate Ridge (MJ01B). In concert, these instruments are providing real-time long-term measurements of gases in both vent and seep environments, providing critical new information about gas evolution in these dynamic systems.

Fluid-Rock Interactions and the Sub-seafloor Biosphere

MASSP on the Data Portal 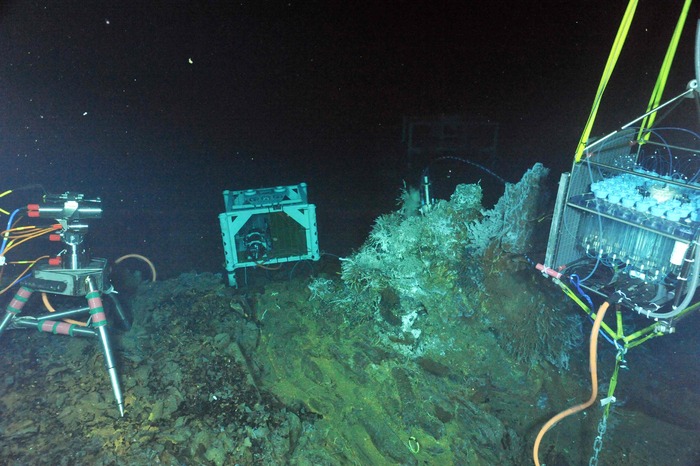 During ROPOS Dive R1729, a digital-still camera (left), a mass spectrometer (middle) and a fluid- and microbial-DNA sampler (right) were installed in the International District Hydrothermal Field at the vent called El Gordo. A titanium "hat" rests on top of the structure in a tubeworm and limpet patch. Inside the "hat" are temperature probes and intake nozzles for the fluid and DNA sampler. Photo credit: NSF-OOI/UW/CSSF; Dive R1729; V14. 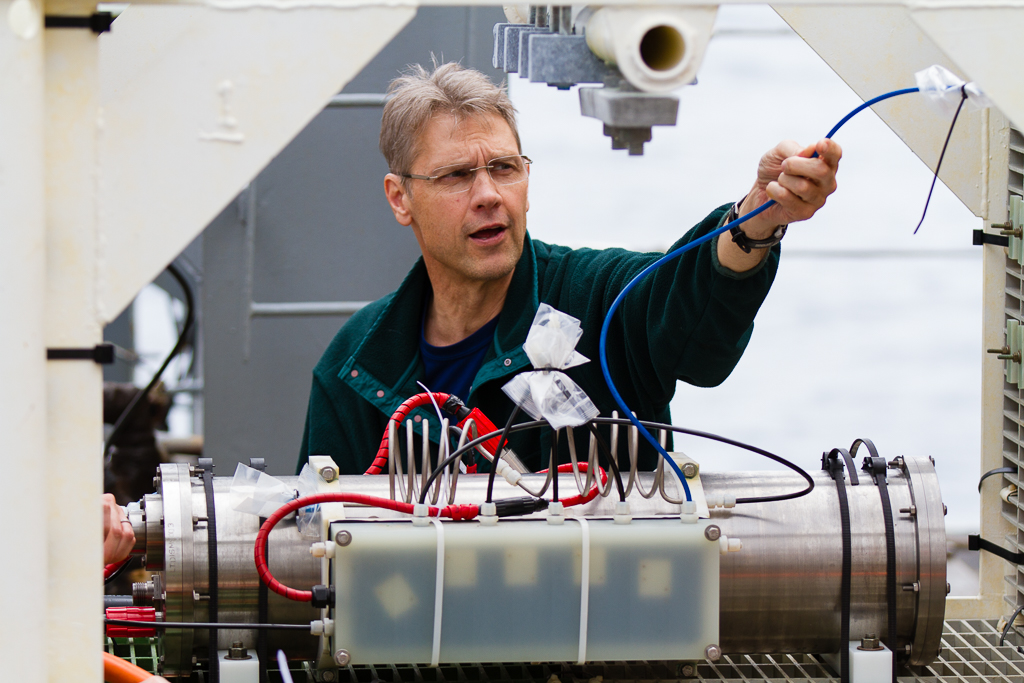