The Axial Base Seafloor site is located near the base of the Axial Seamount at the far western edge of the Juan de Fuca tectonic plate, at ~2,600 meters water deep. The site contains a Medium-Power JBox (MJ03A) and a Low-Power JBox (LJ03A). Axial Seamount is the largest and most magmatically robust volcano on the Juan de Fuca Ridge. Axial Seamount is far from the continental shelf (>350 km) and represents an open-ocean or pelagic site in the continuum of observing scales represented in the OOI’s Cabled Array. Here, large-scale currents including the North Pacific Current, the subpolar gyre and the northern end of the California Current interact. These currents transport heat, salt, oxygen, and biota, all of which are crucial to the region’s ecosystem. However, their variability arises from forcing as varied as tides and winds to interannual (El Niño) to decadal (Pacific Decadal Oscillation) timescales.

As with other JBoxes, these rests on the seafloor, contain geophysical and near seafloor water column instrumentation, and are attached to a fiber-optic cable. The fiber-optic cable provides the JBoxes with a significant power and 1 Gb communication bandwidth that provides two-way communication to instruments for their operation and transmission of data to shore. This seafloor site is co-located with a Deep and Shallow Profiler Mooring, which collect complementary water column data. 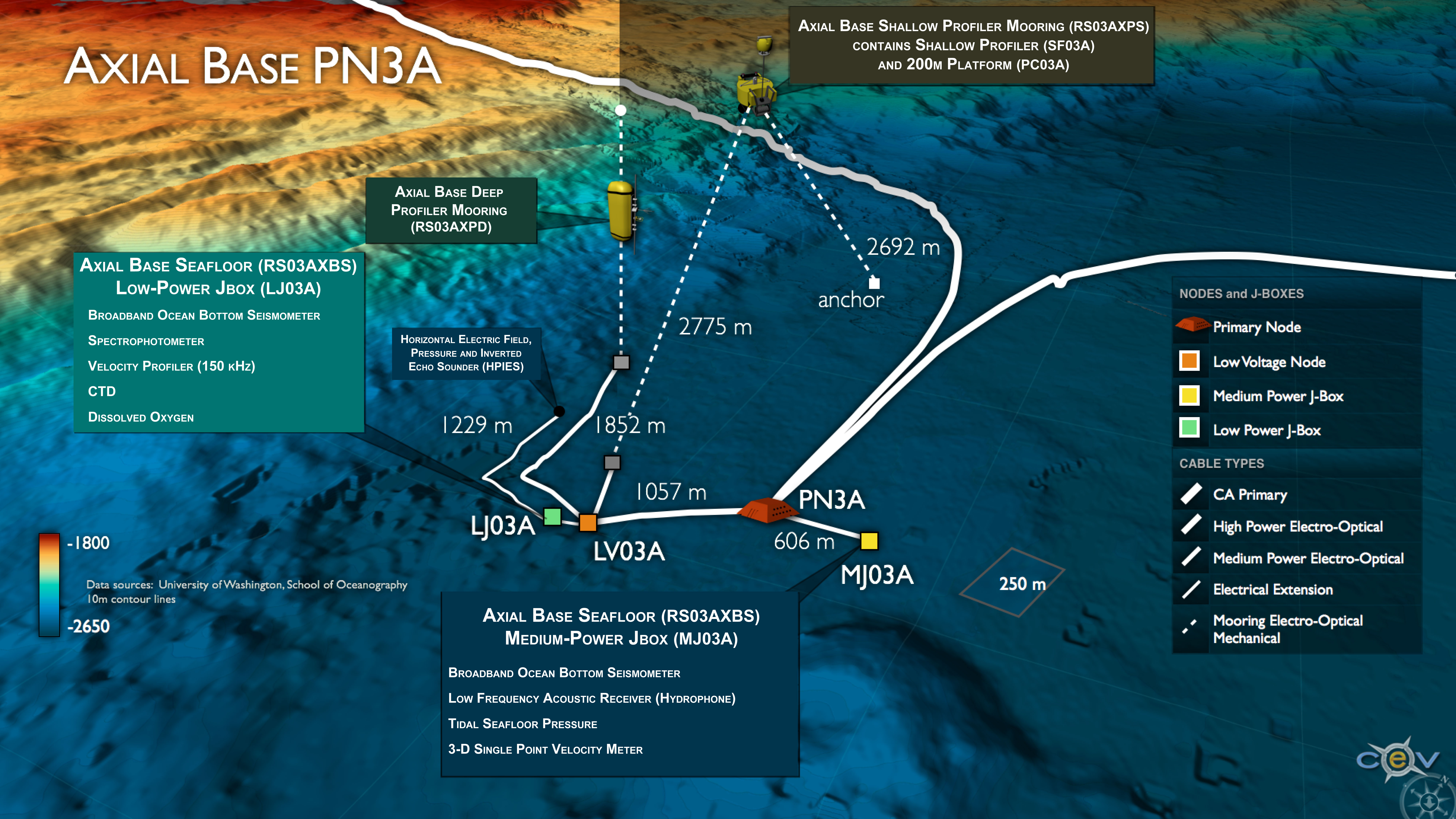