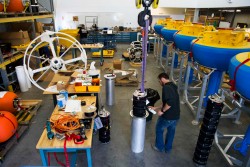 November 2013 — The Ocean Observatories Initiative (OOI) Program this month will install the first moored infrastructure in the Atlantic Ocean on the continental shelf and slope south of Martha’s Vineyard, MA.

During this first phase of the Pioneer Array installation, three moorings will be deployed. Members of the OOI Coastal Global team will conduct a cruise on the Research Vessel Knorr on Nov. 20-26 to deploy the moorings, which will be maintained at this location for approximately five years.

When the OOI Pioneer Array data becomes available, it will be posted online and freely accessible to the public.  This data will be a benefit to both the scientific and fishing communities due to the high interest in this particular location in the Atlantic. The Pioneer Array will provide ocean and meteorological observations from the highly productive continental shelf to across the continental slope, allowing scientists to examine several important coastal processes including upwelling, hypoxia, shelf break fronts, and the role of filaments and eddies in cross-shelf exchange of parameters such as nutrients, heat, and biomass.

Last year, members of the OOI participated in the 2012 Commercial Marine Expo in New Bedford, MA, to meet with representatives of the fishing community and provide information on the Pioneer Array. During that event several members of the fishing community expressed interest in the data OOI will provide. For example, based on some exchanges, scientists from Woods Hole Oceanographic Institution initiated a study to investigate some unusual currents and warm temperatures at the edge of the continental shelf south of New England. Click here to read more about the Commercial Marine Expo.

The three moorings will be deployed at three locations or sites – a surface mooring at the central site, a profiler mooring at the upstream inshore site and a profiler mooring at the upstream offshore site.  All three moorings will have surface buoys with lights and radar reflectors.  Over 30 sensors will be deployed with this infrastructure.  For further details, including mooring coordinates, and to view the infrastructure of the Pioneer Array please see the Pioneer Array Online Instrument Tables.

The OOI, a National Science Foundation-funded program, is managed by the OOI Program Management Office at the Consortium for Ocean Leadership in Washington, D.C. The Coastal and Global Scale Nodes (CGSN) component of the OOI is being developed and constructed by Woods Hole Oceanographic Institution and its partners, Scripps Institution of Oceanography and Oregon State University.

The OOI Program deployed other components of the overall infrastructure in the Pacific in the Gulf of Alaska and on the Juan de Fuca plate off the coast of Washington and Oregon last summer. 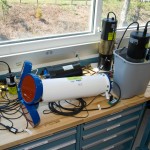 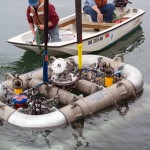 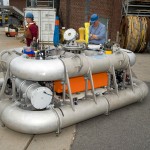 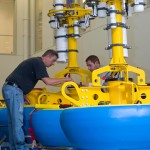 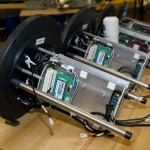 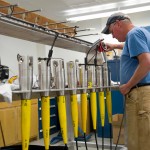