Home :: What's New ::Deployment of the Final Ocean Buoy at the Endurance Array 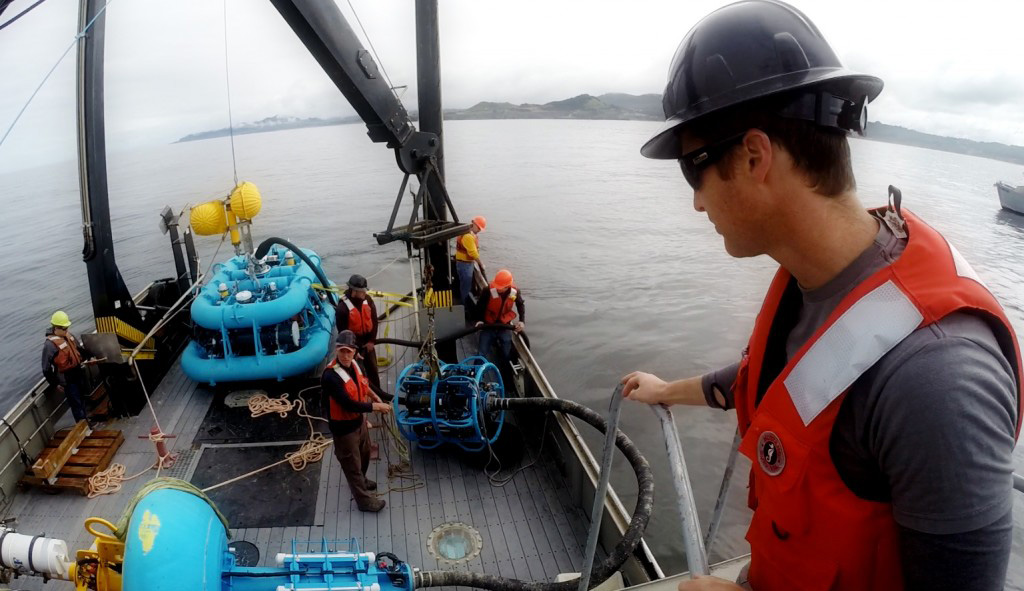 The Endurance Array Oregon Line Inshore Surface Mooring near surface instrument frame is prepared for lowering over the side. The mooring was deployed in 25 meters of water off the coast of Oregon. (Photo credit: David Baker, Oregon State University)”

On June 2nd, an OOI team led by Oregon State University set out on a cruise to deploy the final ocean buoy of the Endurance Array on OSU’s R/V Pacific Storm.

During the brief, one-day cruise the team deployed the Endurance Array Oregon Line Inshore Surface Mooring in 25 meters of water as well as two coastal gliders. The deployment mooring included several sensors affixed to the surface buoy, along the mooring cable, and at the seafloor on the Multi-Function Node. These sensors will measure a variety of physical, chemical, and biological parameters including water velocity, pH, carbon dioxide, dissolved oxygen, nitrate, chlorophyll, and a bio-acoustic sonar to monitor populations of zooplankton and fish.

For a close up look at the deployment, check out the video footage captured by a reporter from The Oregonian, a KGW TV report, and feature piece in the Corvallis Gazette Times. 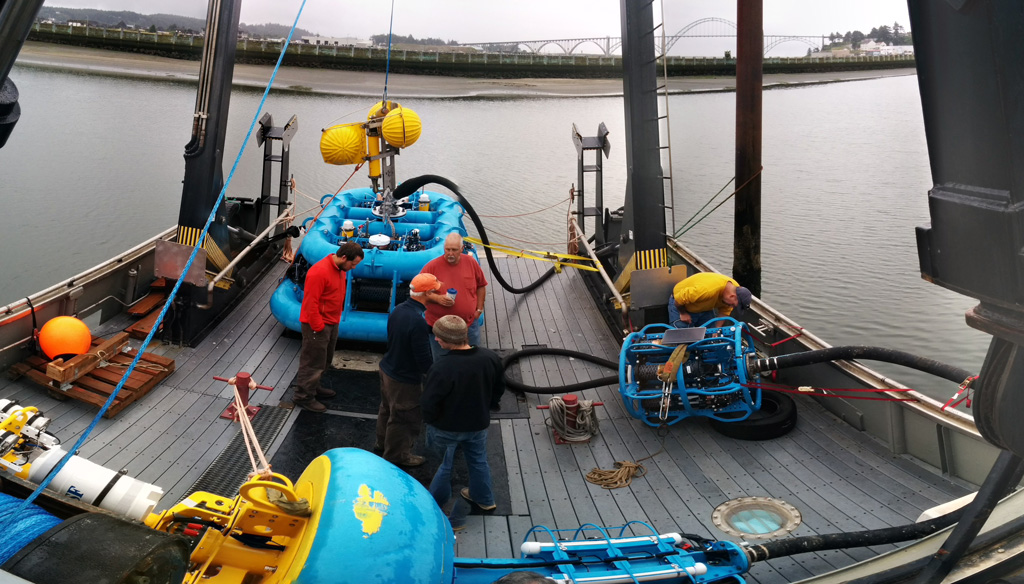 The Endurance Array Oregon Line Inshore Surface Mooring waits on the deck of the R/V Pacific Storm for deployment. Its surface buoy sits in the foreground with the black mooring riser extending from it to the blue near surface instrument frame on the right and the blue multi-function node (MFN) by the stern of the boat. The MFN will house instrumentation as well as act as an anchor for the buoy. (Photo credit: Craig Risien, Oregon State University)