Watch a squid change color or a spider crab move out of the way of the arm of a Remotely Operated Vehicle (ROV), or have a closeup view as a deep sea skate gracefully swims over the seafloor at Axial Seamount. These are but some of the magical moments captured and cataloged by University of Washington (UW) students who have participated in the UW at-sea experiential learning program associated with the Ocean Observatories Initiative Regional Cabled Array’s (RCA) VISIONS cruises. 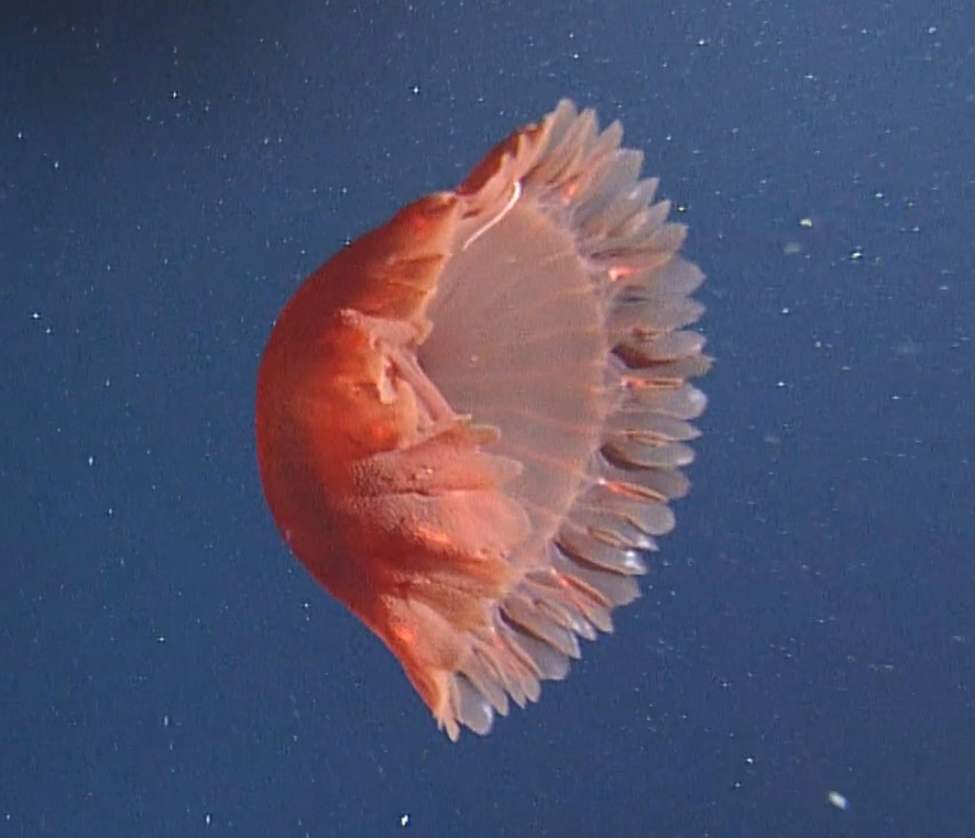 The Poralia rufescens was seen at Slope Base. It was found floating in the water column at 2867 meters. Another one was spotted swimming among the dust kicked up by ROPOS at about 2900 meters. Photo Credit: NSF-OOI/UW/CSSF; Dive 1757; V14.
Since 2014, a team of students has been sorting, cataloging, and making publicly available high-definition video and images captured by underwater cameras on ROVs during RCA expeditions.  While the primary work of the ROVs is to recover and deploy ocean observing equipment powered by RCA’s high-power and bandwidth submarine  cables that stream data live to the Internet, a side benefit is reams of footage and still images of marine life on and near the seafloor and throughout the water column collected during the ROV dives. As part of their shipboard experience during VISIONS expeditions, students stand daily watches in the ROV control labs, working alongside scientists, engineers, and the ship and ROV teams. The students help catalog and timestamp the video footage streaming live from the ROV back to the ship.

The idea for a publicly available online biology catalog was the brainchild of seven VISIONS’14 students on the cruise that year. They were prompted to develop a community resource by perpetually trying to answer the question in the control room: “What do you think that animal is?”

“The initial idea was to create a repository specific to the cabled array and specific to the sites that we visit each year to help answer that question for students and people on shore,” explained Katie Bigham, who evolved from VISIONS student to co-chief scientist for VISIONS’21 and contributed significantly to the catalog during its inception.  “We first started the catalog with images and video from Axial Seamount and it grew from there. And Lottie Gonzalez, who has been on every VISIONS cruise since 2017,  was instrumental in the catalog’s expansion from Axial to coastal sites.” 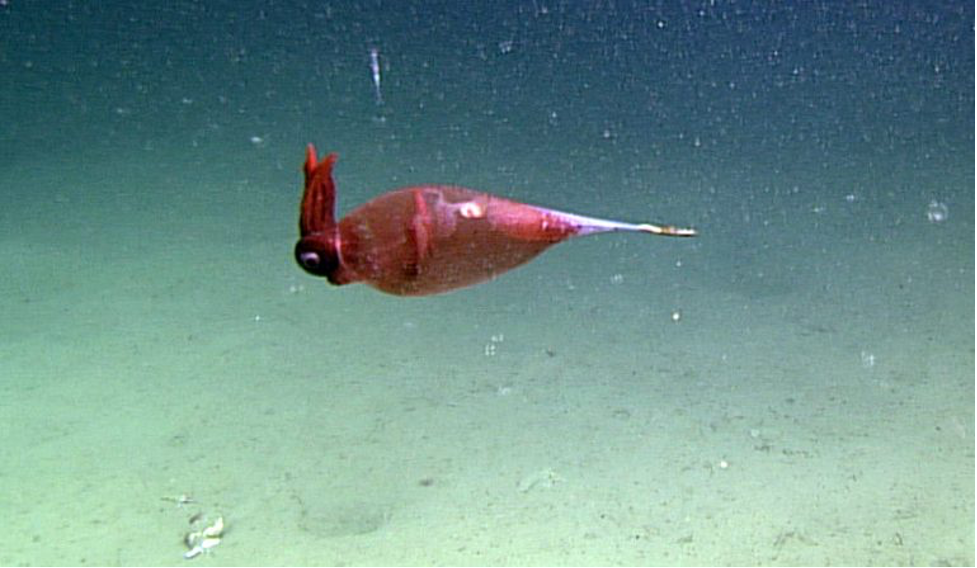 A cockatoo squid (Galiteuthis phyllura) encountered at 585 meters depth during a site survey between the 2-legged mooring EOM leg anchor and the low-voltage node LV01C at Endurance Oregon Offshore. The squid was red when we first encountered it, and then it turned clear as we took video. Photo Credit: NSF-OOI/UW/CSSF, Dive R1752, V14.

Lottie Gonzalez was hooked on the catalog from here first time at sea. “I wasn’t really sure where to get information on relevant biology that I was seeing in the ROV control room.  I was initially directed by Deb Kelley (RCA’s Principal Investigator and Lead of the VISIONS program) to take a look at the biology catalog.  As soon as I saw it, it became my first project.” Gonzalez continually added to and updated the catalog during her summer shipboard experiences with the VISIONS program. Gonzalez has also used the catalog as the foundation  for training programs and other educational resources she has developed to help guide other VISIONS students and is continuously looking for ways to streamline and improve it.

With input from VISIONS students and professors, the catalog now contains images and videos of eight taxonomic groups and 61 species, along with descriptions of animals’ feeding habits, behaviors, and environmental ranges. Student curators have always welcomed input from experts to help improve content and validate species identification.

The biology catalog was originally designed as a growing archive for students and researchers, but has quickly evolved into an educational and visually spectacular resource for everyone interested in seeing and learning about deep-sea organisms that live in some of the most extreme environments on Earth.

“Part of our job as oceanographers is to share what we know about the vast and unseen ocean below the surface because it is so important to life on the planet,” said Dr. Deborah Kelley, Principal Investigator of the RCA and a UW oceanography professor. “This student-created catalog is serving to inform and excite people about life in the deep ocean, and is a resource for not only scientists, but members of the media, documentarians, educators, and students all over the globe.”

All thanks to the efforts of a few students looking for answers to “What do you think this animal is?”

More images and videos can be seen at the Biology Catalog. 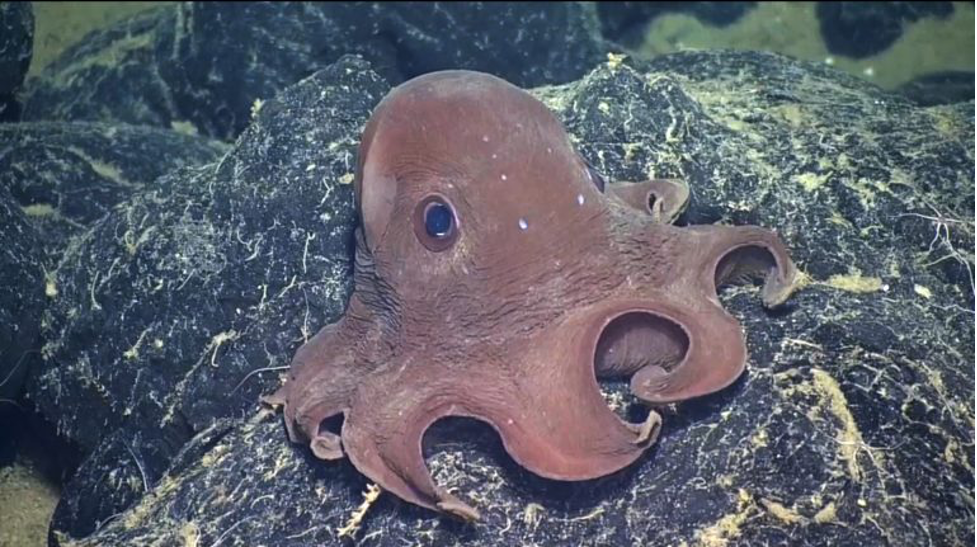 CONTRIBUTORS to the BIOLOGY CATALOG