On April 24th, 2015, the Axial Volcano, situated on the Juan de Fuca plate 300 miles offshore, erupted one-mile deep in the ocean and we saw it. For the first time, the eruption of an underwater volcano was captured in real time by instruments that were able to immediately transmit their data to waiting scientists on shore.

The Axial Volcano eruption was captured using strategically placed instrumentation of the Ocean Observatories Initiative Cabled Array. These data were then transmitted from the instruments through a fiber-optic cable to shore in near-real time. Seismic activity was recorded by eight seismometers around the caldera and at the base of the seamount. Shifting in the height of the caldera was tracked by the bottom pressure tilt instrument. Preliminary data from these sensors are currently available here.

The OOI Cabled Array team is currently out at sea performing scheduled annual maintenance on the instrumentation and moorings. By conducting bathymetric surveys of the seafloor and comparing them with surveys from previous years, the team was able to identify the likely eruption zone, delineated by a >100 m difference in seafloor bathymetry that is >400 m across.

Data from the bathymetric survey of the eruption zone are now available through the Marine Geoscience Data System (MGDS) portal. 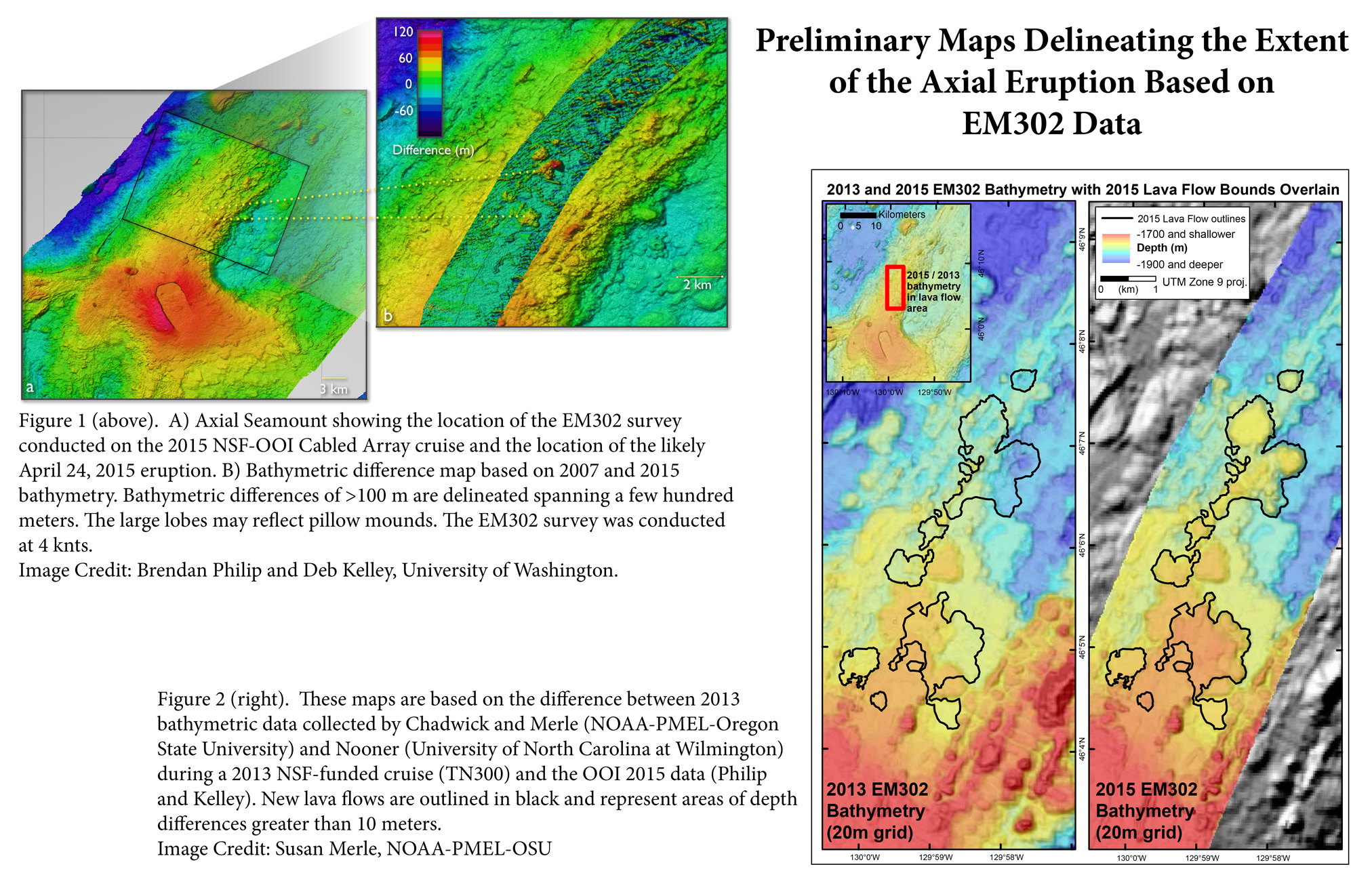