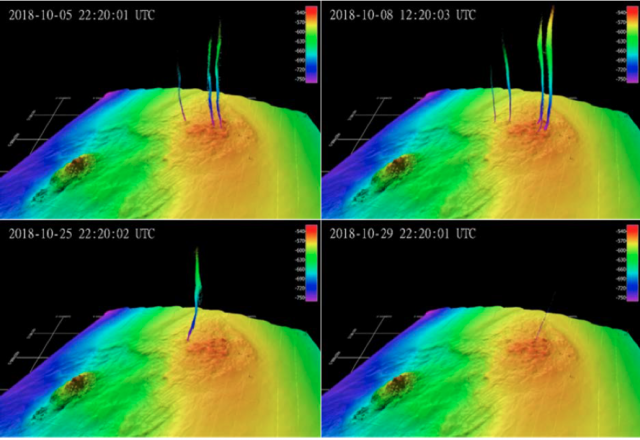 [media-caption path="https://oceanobservatories.org/wp-content/uploads/2021/04/Screen-Shot-2021-04-06-at-3.11.15-PM.png" link="#"]Methane bubble emissions detected by the MARUM overview sonar over the Southern Hydrate Ridge summit. The location and size of the bubble plumes vary considerably over time.[/media-caption]