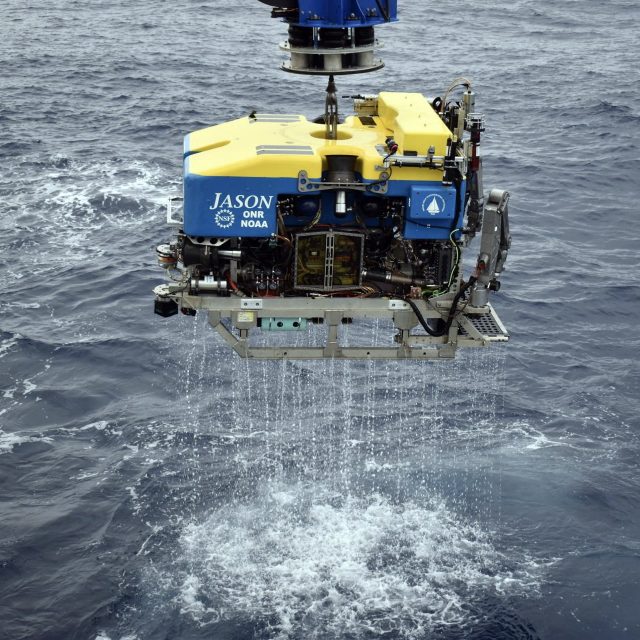 [media-caption type="image" class="external" path="https://oceanobservatories.org/wp-content/uploads/2020/09/News_Crabs_PN1B-use-sulis2_20200818202445--scaled.jpg" alt="News_Crabs" link="#"]The ROVJason inspects Primary Node PN1B. These 12,000 lb nodes and primary backbone cable were built and installed in 2014 through an award to L3MariPro. This large seafloor substation converts 10,000 volts to 374 volts, and 10 Gb/s bandwidth to be distributed to cabled platforms and instruments. Here, extension cables plugged inside the node with wet-mate connectors provide power and bandwidth to Southern Hydrate Ridge, and upstream to the Oregon Offshore and Shelf sites. Credit: UW/NSF-OOI/WHOI. V20.[/media-caption]