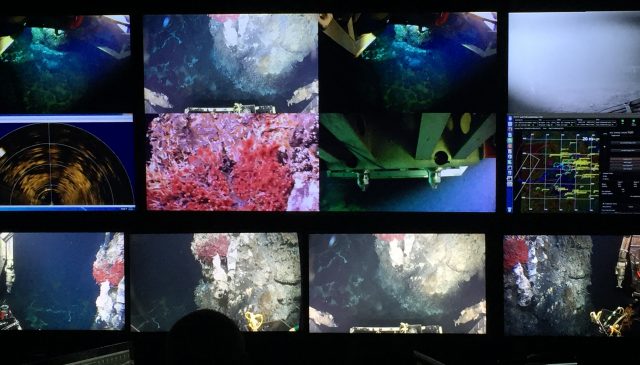 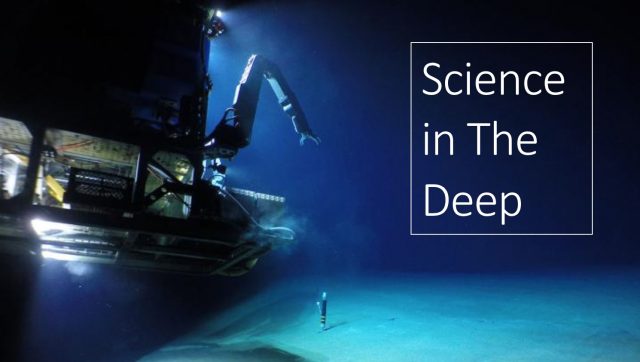 NOTE: Video of this event available here. Fast forward to about 52:00 to get past the distorted audio.

The National Science Foundation will host “Science in the Deep,” a Facebook Live event with researchers aboard R/V Atlantis on Wednesday, June 26, from 1:00-2:00 p.m. Eastern. The Atlantis team will be off the coast of Oregon servicing parts of the Ocean Observatories Initiative Regional Cabled Array using the remotely operated vehicle (ROV) Jason, which is expected to be 800 meters deep at Southern Hydrate Ridge, where methane bubbles from the seafloor and life flourishes.

Join NSF host Deena Headley as she speaks with OOI Research Scientist Michael Vardaro and Research Scientist/Eng2 Katie Bigham, both from the University of Washington, about their work on the recent cruises off the U.S. Northwest Coast, live views from Jason on the seafloor, and life at sea. 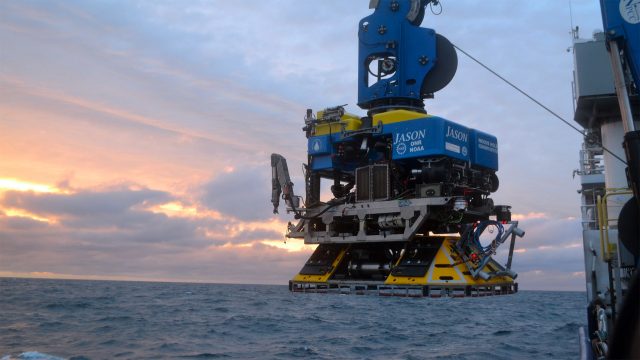 [media-caption type="image" path="https://oceanobservatories.org/wp-content/uploads/2019/06/BEP_JasonV18-1080.jpg" link="#"]ROV Jason is launched at the Oregon Offshore site during the 2019 NSF-funded OOI Cabled Array expedition during Visions2018 with the Benthic Experiment Package attached beneath the vehicle. Photo by M. Elend, University of Washington[/media-caption]

[media-caption type="image" path="https://oceanobservatories.org/wp-content/uploads/2019/06/AtlantisBackdeck_1_small-1080.jpg" link="#"]R/V Atlantis steams back to shore after Leg 1 of the 2019 Regional Cabled Array cruise, following the successful installation of the Shallow Profiler Mooring at Axial Base. Photo by J. Tilley, University of Washington[/media-caption]